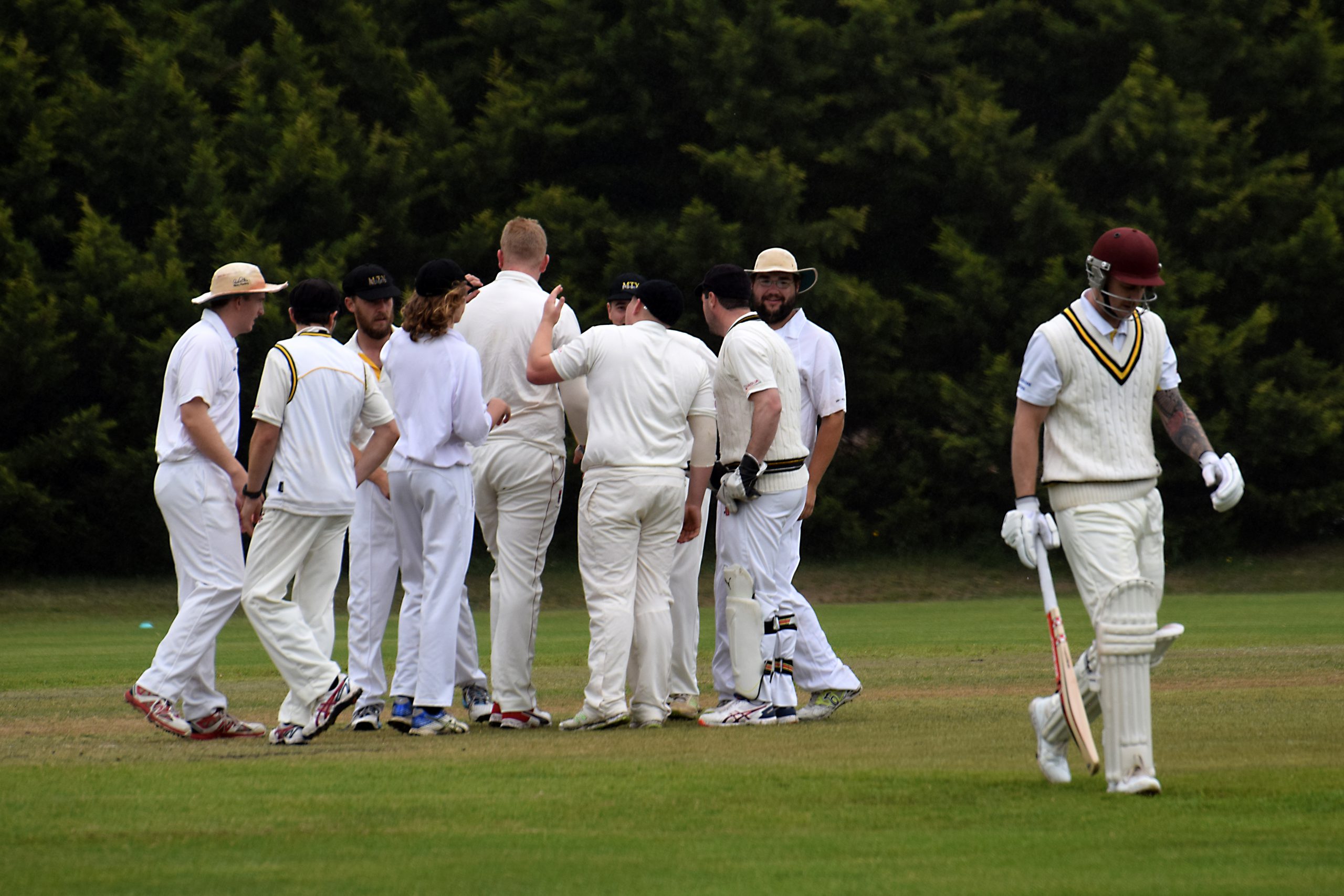 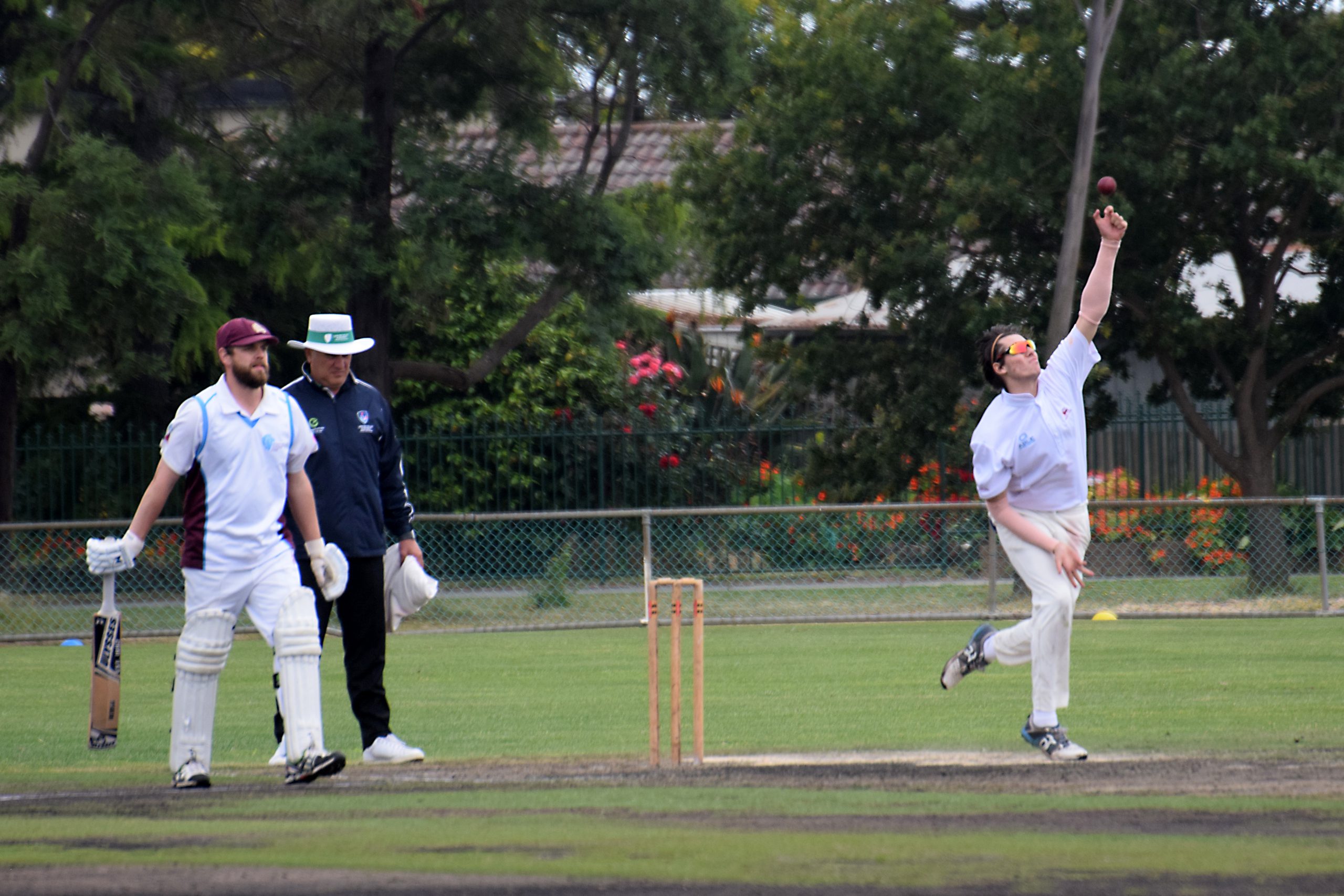 Massive outright wins were on the cards for Morwell and Raiders in Round 8 of the LVDCL Premier A Grade before rain intervened.

Raiders moved back into the winners’ circle with a big win over Mirboo North at Yinnar Recreation Reserve.

The home side had already secured first innings points after a strong day one which saw the Tigers bowled out for 54 before the Raiders piled on 160 runs with Mark Andrews coming in at five to top score with 72.

The Raiders were on course for an outright win with Mirboo North five down for 52 in the second innings before rain halted proceedings.

Latrobe were 132 runs behind Churchill heading in to day two of the match at Peter Siddle Oval.

The Sharks managed to bat out the day and pass the Cobras to claim a first innings victory which sees the side leapfrog its opponents into second spot on the ladder.

Ronnie Chokununga and Benn Zomer resumed on 15 and seven runs respectively and both were able to put on scores before being bowled by Steve Warr. Chokununga notched 52 off 219 balls to finish at the innings top scorer while Zomer worked his was to 33 runs.

Chris Johnson chipped in with a relatively rapid 35 off 60 balls helping Latrobe to 7/186 of 99 overs.

Warr bowled 30 overs taking 4/48 while Ryan Harvey, Chris Williams and Kurt Holt also picked up a wicket each for the Cobras.

The defeat is Churchill’s third in succession which has seen the side drop from first to fourth.

The match was set up by the Tigers bowling out the home side for 60 with Brendan Brincat and Luke Gettings picking up three-fors.

Morwell replied in convincing fashion with openers Robert Webber (65) and Mark Cukier (61) steering the side towards 5/190 at the end of the opening day, which was enough for the Tigers, although the wet weather spoiled any chance of an outright.

Centrals missed a great chance to become the first side to defeat Moe in the LVDCL A Grade while Yallourn North couldn’t match it with Traraglon West. Rain at Boolarra Recreation Reserve scuppered the opportunity of a result between the Panthers and the Ships.

Centrals finished day one in a excellent position to claim a first innings win over table-toppers Moe.

Having bowled Moe out for 108, Centrals trailed by 64 runs with six wickets in hand with Robert Wilkie and Ross Allen returning to the crease on 18 and 10 runs respectively.

The duo battled on to a 46-run stand before Wilkie was dismissed leg before off the bowling of John James for 44 and Allen went soon after for 22.

The lower order was trickling the total towards 108, but Centrals fell agonisingly short with captain Dylan Freitag the last wicket to fall with his side stranded on 107.

Luke Sumner was the best of the Moe bowlers taking 4/30 while Robert Blunt and Andrew Philip both picked up 2/7.

Moe had a second dig with the side reaching 3/43 as Philip finished with 23 not out.

Allen claimed the wicket of Sean Spiteri to finish with match figures of 9/29.

Traralgon West were in a dominant position after day one at Jack Canavan Oval setting the Bombers a target of 221.

Yallourn North made a good fist of chasing the total down with the side one down for 94 runs before a handful of wickets fell.

The middle and lower order, a part from Stephen Boltong’s 38, failed to contribute with the Bombers all out for 179, some 43 runs short of a first innings win.

Matt Wakefield top scored with 41 at the top of the order while Izaiah Lange continued his solid season with 40.

Niilantha Thillekarathna took his second four-for of the season taking 4/47 while Adam Thow and Hasitha Hewawasam both picked up two wickets each for the Eagles.

Rain saw the second day of the match at Boolarra Recreation Reserve washed out meaning the points were split.

The Panthers were on course to pick up a much needed first innings win after dismissing the Ships for 111 and working to 1/66 with Brett Duncan (27) and Craig Blackberry (13) still at the crease.

The LVDCL competitions have a vastly different complexion after a busy Sunday of Twenty20 action with all 12 clubs competing in two matches with premiership points on the line.

In the top flight, it was a great day for Churchill with two wins from two.

The Cobras went into T20 showcase on the back of three straight defeats but managed a seven run victory over Morwell first up before flogging Latrobe to the tune of 77 runs.

Robert Harvey was the player of the day for Churchill, taking a crucial 6/26.

The two wins push the side back up to second, two points behind Mirboo North who lost its first match against CATS by four runs before recording a 20-run victory over Raiders.

The talking point out of this match was Ex Students skipper Lee Stockdale turning out for the Tigers thanks to a quirk in the LVDCL rules.

The Victorian Country representative top scored with 25 runs while also snaring a wicket and taking a catch.

The defeat for Raiders came after a thumping win over CATS which saw the Raiders dismiss its opposition for 63 before chasing the total down inside nine overs.

The standout performance in that game came from Raiders captain Liam Maynard who claimed 4/4.

The shock of the day came in A Grade with ladder leaders Moe losing both matches. The Ships beat the Lions by five wickets in the opening match before Moe lost out to Centrals, a day after beating the same opposition in a two-day clash.

Nathan Freitag was the player of the match, scoring 62 not out at the top of the Centrals’ innings.

Freitag also put in a match-winning display in Centrals first match where he scored 78 not out to help his side to a nine-wicket win over Jeeralang-Boolarra.

After losing its first match to the Panthers, Yallourn North picked up its first win of the 2019/20 season with a five-run victory over Traralgon West.

Matt Wakefield was the difference, scoring 61 not out and taking 3/3.