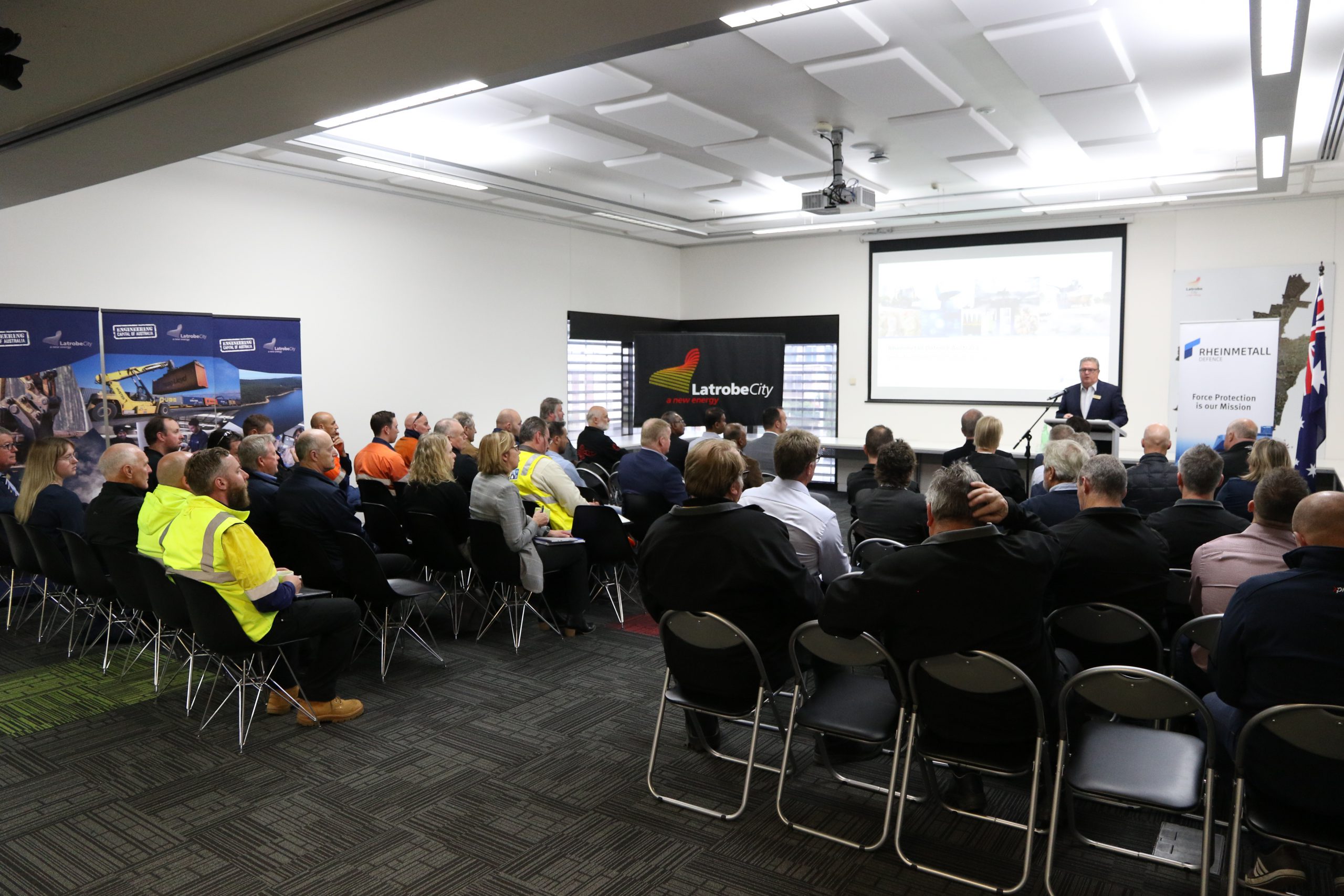 The Latrobe Valley could become a hub for defence industry manufacturing with about 70 local businesses discussing supply partnership opportunities with Rheinmetall Defence Australia.

Rheinmetall heard how Gippsland businesses could meet defence industry engineering and manufacturing capabilities at a meeting in Morwell earlier this month facilitated by Latrobe City Council.

The local push also has the backing of the state government, which comes as the federal government is spending $200 billion on defence.

Rheinmetall is delivering the BOXER 8×8 Combat Reconnaissance Vehicle to the Australian Defence Force under the $5.2 billion Land 400 Phase 2 program.

Latrobe City mayor Dan Clancey said the meeting with Rheinmetall was a nod to the region’s skilled workforce to design, engineer, manufacture, and provide maintenance for major defence projects.

“We advocate heavily on local industry’s behalf to state and federal government on the immense capability and opportunity we have in Latrobe City,” Cr Clancey said.

“Meeting representatives from Rheinmetall provides a platform for businesses to express interest in the significant scope of work in the defence industry pipeline.”

Peak industry advocacy body Australian Defence Alliance is supporting Latrobe City’s initiative to get a hub off the ground in the Valley.

ADA executive officer Sean Farrell said the Valley had the capability to get-in on global supply contracts which could include manufacturing components for prime companies.

“This is a critical stage in Australia, we have a window of the next 16-to-18 months where these companies will decide their global supply chains,” he said.

“So we need to make sure there is as much Australian industry content as possible, and in depressed regional areas like the Latrobe Valley, this is critical for a regional area with high unemployment.”

Mr Farrell said there were several examples of how the Valley had the potential to enter into land, aerospace, submarines or digital systems in the defence industry.

“There are plants in the Valley that can repair Abrams tanks as they have the facilities to hoist heavy machinery and do underneath inspections, but this is just one example at the heavy manufacturing and maintenance end,” he said.

“You could have a small IT start-up developing software for cyber security and they could be a part of the supply chain for defence. The potential and scope for work is huge.”

Parliamentary Secretary for Jobs Jane Garrett had been in the region meeting with local businesses in Latrobe City in the past year.

“I have been greatly impressed with their capability and vision to position the Latrobe Valley as a region of excellence in the defence industry and technology sector,” she said.