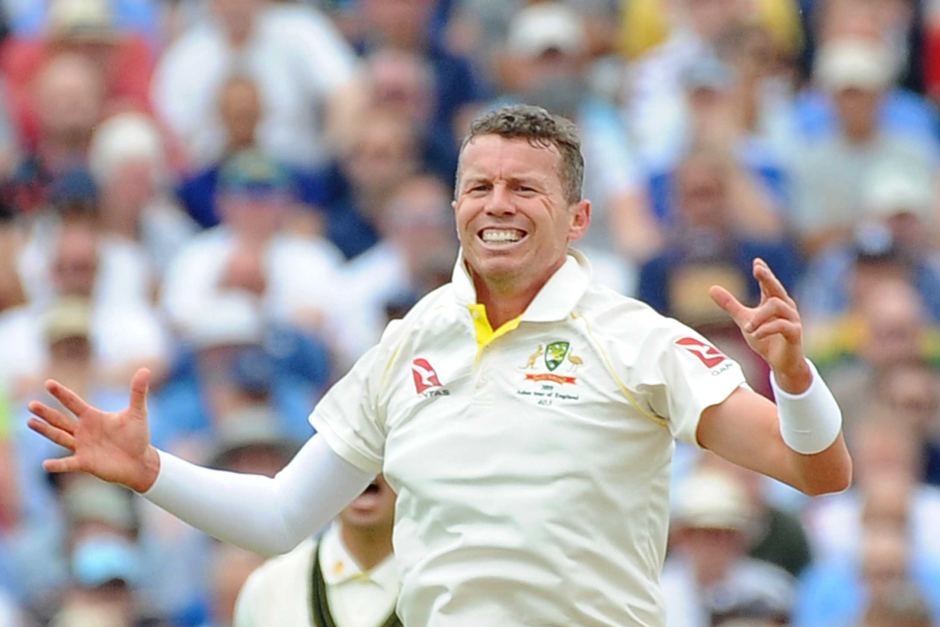 Peter Siddle has earned a recall to the Australian squad for next week’s Boxing Day Test against New Zealand.

The paceman has been drafted into the squad on the back of a hamstring injury to leading quick Josh Hazlewood.

The final XI is yet to be determined, however, Siddle is likely to be the bowling reserve for the match.

James Pattinson and Michael Neser, who were in the 13-man squad for the previous Test in Perth, are expected to featuring in the starting side, replacing Hazelwood and one of Pat Cummins or Mitchell Starc who look set to be rest in the middle of a busy summer.

Australia’s chief selector Trevor Hohns said the match being at the MCG played in the Morwell export’s favour.

“Peter has been brought in as a 13th player for Melbourne,” Hohns said.

“He is a proven Test match performer with an exceptional knowledge of the MCG which will be a valuable part of our preparation.”

Siddle’s 67th and last Test was at The Oval in the recent Ashes series where he took two wickets in a losing effort.

The 35-year-old’s good form in Sheffield Shield cricket was the catalyst for the recall with the seamer taking 18 wickets at 19.77, 12 of which have come in three matches at the MCG.

Before his selection was confirmed, Siddle told RSN radio that he loves playing at the storied venue.

“I don’t know why, but it’s always a venue I have bowled well at,” he said.

“Who doesn’t love playing at the ‘G.”

“I think the good thing with me over the last few years is I’ve gone away from worrying about selection, I just try to play good cricket.

“I’m nearing the back end of my career. It’s just about trying to put in good performances for whoever I play for. If that gets me selected, then I’m happy. If it doesn’t, then as long as I’m playing good cricket, I’m happy also.”