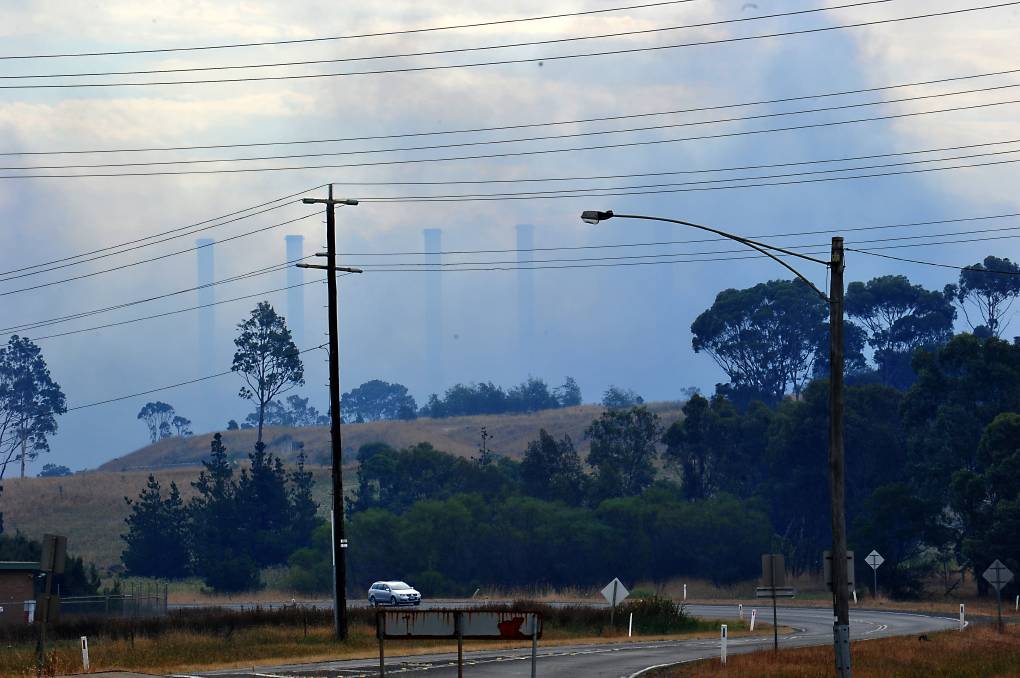 THE operators of the Hazelwood power station and the Hazelwood Power Corporation will have to wait until next year to be sentenced in relation to the 2014 mine fire after last week’s Supreme Court plea hearing.

The hearing, which ran over Thursday and Friday in Morwell, involved the reading of 17 Victim Impact Statements which detailed the physical, psychological, financial and social impacts of the 2014 mine fire on community members in Morwell and surrounding areas.

Four victims read their statements in court while the remaining 13 were read by the prosecution.

The court heard on Thursday from former Hazelwood worker Brett Farmer, who described the moment his “heart sunk” upon arriving to work on the evening of February 9.

“I felt we were stuffed. We were in danger. Initially, I felt upset that I hadn’t been able to get there earlier and helped out … the situation by then was out of control,” Mr Farmer said.

“I felt distraught. Everything was exploding. The fire was raging out of control. The power was out, and it looked hopeless.”

Mr Farmer also recalled his uncertainty in the immediate aftermath of the fire, “not realising it was going to go on for so long or impact my health”.

“On one occasion at work, I registered an extremely high carbon monoxide level in my blood,” Mr Farmer said.

“Since February 9 I have had chest pains and lung problems. I constantly have a sore throat, shortness of breath … on exertion and up to about a year ago I had a persistent cough.

“Long-term it really makes me fear what the fire has done to my health and to my family.”

Another statement, read by the prosecution on behalf of Morwell Neighbourhood House manager Tracie Lund, articulated the “profound and devastating impact” of the mine fire.

“The whole town of Morwell was saturated; there was no escape. The fear and distress of knowing you could not get away exhausted me every day. The smell was sickening,” the court heard.

“I remember the distress and fear that overwhelmed me as I became more aware of the danger we were all in.

“My youngest (child) started prep that year and she would cry and tell us the smoke was hurting her.”

Defence barrister, Ian Hill QC, argued the mine fire was “being managed … within the meaning of the Occupational Health and Safety Regulations”.

He also maintained “risk assessments had been conducted with the assistance of a suitably qualified external consultant”.

Hill submitted that “six years have passed since offending, during which time the Hazelwood mine has continued to be of good character”.

“It’s not a case where they weren’t trying, they just didn’t get the balance right,” Mr Hill said.

Crown prosecutor Sally Flynn QC urged Justice Andrew Keogh to consider in sentencing that good character should have occurred prior to offending.

She also alleged there was no “acceptance or acknowledgement of responsibility” by the Hazelwood Power Corporation.

“It beggars belief in our submission why those reasonably practical measures of which the company was ultimately convicted of were not put in place prior to the morning of 9 February, 2014,” Ms Flynn said.

Crown prosecutor Dr David Neal SC said the intensity of pollution and duration of the mine fire should be taken into account in sentencing with relation to the environmental offences.

“Although all crimes are at least abstractly crimes against the community, it’s a very unusual crime that has such a wide-ranging effect on such a large number of people in Morwell and its surrounding areas,” Dr Neal said.

“The duration of the offending over the period of some 45 days too goes to the objective seriousness of offending.”

In closing, Justice Keogh thanked the parties for their “very helpful” submissions.

Wendy Farmer (Voices of the Valley)

“When I see smoke or hear about fires now I still feel my body respond. I feel scared. I feel stressed and I am extremely worried about the health impacts of the air pollution.

“The emotional and psychological toll of hearing everyone’s stories over the years have been very painful to me and continues to take a big emotional toll on me. Many nights I sit in front of my computer alone and cry when my family have gone to bed, trying to be strong but feeling really weak.”

“The thick smoke which engulfed my town for months … my sanctuary, my natural Samaritan inclination, my very lungs had been violated.

“This caused my depression and anxiety to increase, something which remains to this day to a large extent.”

“Our unit is located in the area of the town on the southside (of Morwell), almost directly in the path of the smoke and fire. It was a terrible time and I will never forget it.

“I felt very depressed and anxious and was unable to leave the house due to the thick dirty smoke from the mine fire. I do not know how my health is going to be from day-to-day. I have never fully recovered from that time, as I know my general condition will never get any better than it is now.”

“I am approximately 1.3 kilometres from the northern batters that were on fire. A few days after the fire had started, my son was crying, asking me why the fire was hurting him. This statement alone broke me. Both my kids suffered blood noses, were pale with dark circles around their eyes … I could not protect them and I feel it was my fault they got sick.”

“I felt very ill on the days following the nights when the smoke blew over Churchill where I live. On those nights I breathed in foul air all night, including thick burning plastic from burning infrastructure and industrial debris on the mine site. My fledgling small arts business … was utterly destroyed by the mine fire.”

“I don’t feel safe at all. I have trouble sleeping. My nerves are bad and I feel depressed. Sometimes I have nightmares and feel the ash and smoke has never left me.”

“My biggest fear now is not knowing what the health impacts will be for the future; the worry of what could be ahead for us is crippling. I am terrified of what my children were exposed to during that time.”

“I felt trapped in my own home, having everything closed off so the smoke couldn’t get inside, but it still managed to get in. I wake up most mornings coughing up mucus and phlegm, which usually ends up with me vomiting up all my stomach bile. After this happens, I usually have a few random coughs where I feel anxious and I have to wear a pad due to leaking urine.”