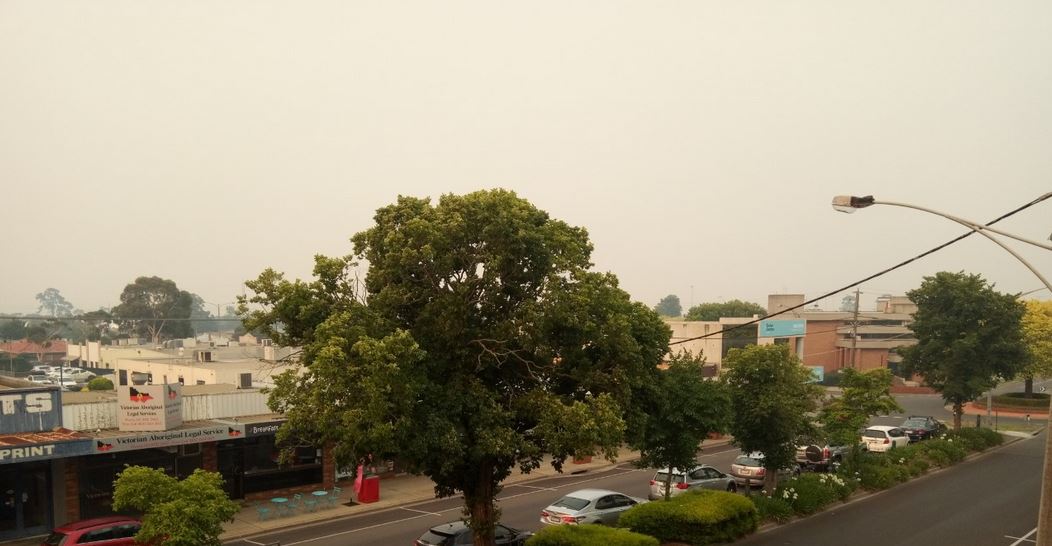 The Latrobe Valley coughed through a third consecutive “hazardous” day yesterday as the air quality in parts of Victoria dipped to the worst in the world.

After a relatively stable weekend, readings from the Environment Protection Authority Victoria dropped early Monday morning as smoke from the East Gippsland bushfires wafted into town.

The air quality declined progressively before plummeting to smoke particle pollution level, also known as PM2.5, of 398 in Traralgon and 388 in Yinnar yesterday morning.

At that level, the EPA warnings stipulate that “everyone might have symptoms like coughing or shortness of breath”.

“The children, the elderly, people with asthma, emphysema and heart disease are at a greater risk of being affected by smoke,” Mr Dunlop said.

“If you have asthma or a lung condition and you develop symptoms such as shortness of breath, coughing or wheezing please follow your asthma action plan.

“‘If you are showing signs of a serious smoke inhalation injury you should be assessed immediately by a medical professional such as a paramedic or a GP.”

“Visibility was down to around 500 metres … so there’s really extensive smoke across the state and that will actually get worse.”

Rainfall of between 5-10 millimetres is forecast across parts of Gippsland today, however Mr Efron said the showers didn’t necessarily mean good news.

“Conditions (are) becoming quite hazardous across fire grounds and the bare earth meaning that any heavy rain does tend to sweep a lot of debris across roads and potentially trigger some flash flooding as well,” he said.

The air quality was upgraded to “good” by the EPA around 1am this morning before returning to “moderate” at 4am.