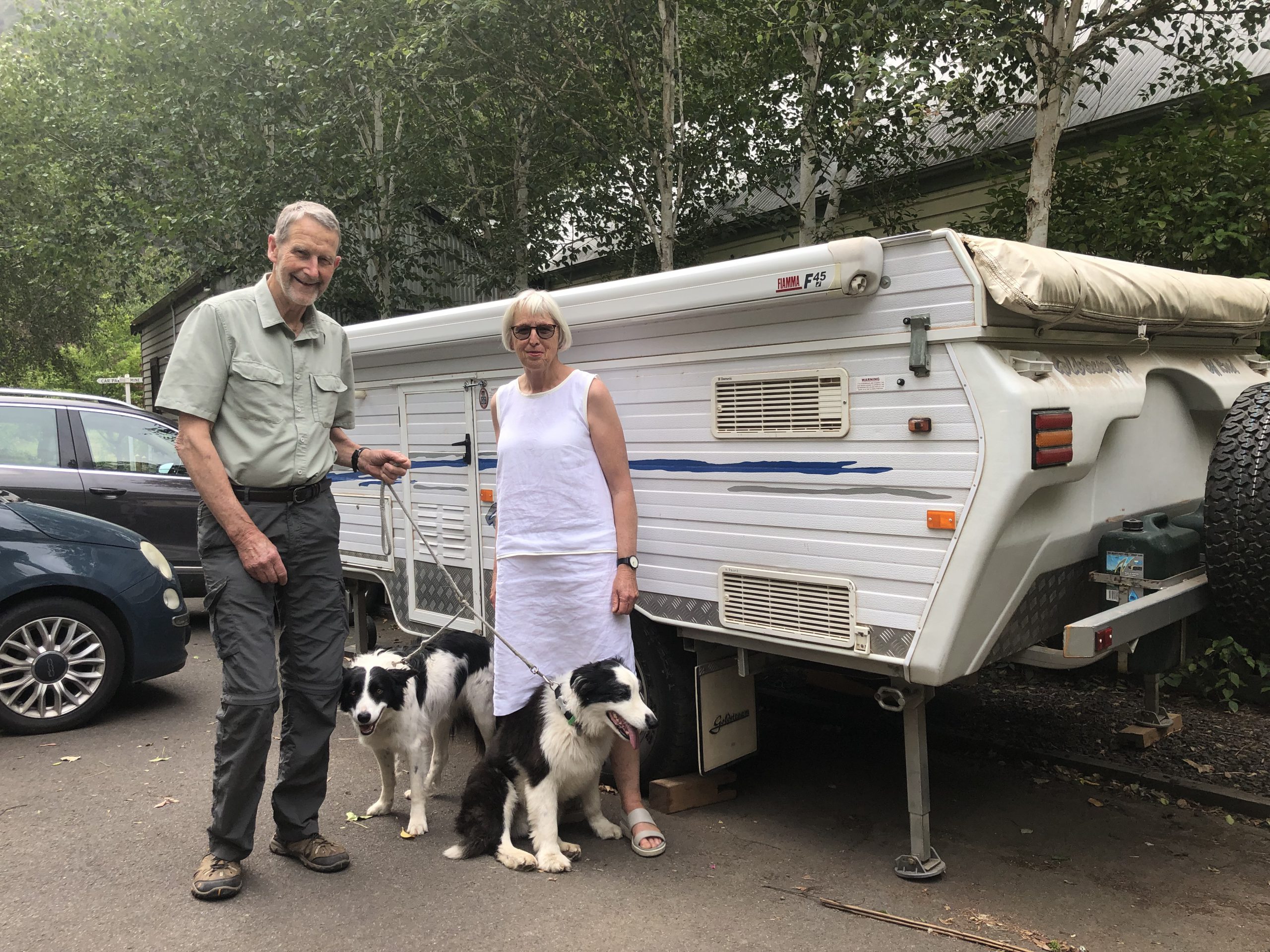 Metung couple Jenny and Fred Herbert didn’t need any official warnings to evacuate before the New Year and seek refuge in Walhalla when it appeared they could be under bushfire threat.

The pair took their two border collies and hooked up their caravan to stay with friend Michael Leaney in Walhalla where they were assured it was a safe haven.

The couple are basing themselves in Walhalla on-and-off over summer and leaving Metung when they feel unsafe on high fire rating days.

“We were on the road and resigned ourselves to the fact we may lose our house, what we love. But life comes first, there is no question,” Ms Herbert said.

“Why would you put your life at an extraordinarily hideous risk? There was no choice, we had to go.”

Ms Herbert said they decided to bail-out on December 29 before the CFA ordered the town to evacuate with the forecast of horror heat.

She said they were obsessively watching the VicEmergency app for any updates on their hometown, following the news of a wind change that pushed the fire in another direction that spared Metung.

“We’ve never had to evacuate Metung before, we’ve always felt pretty safe even on the hottest days, but we’ve never seen the country so dry and the intensity and spread of these fires,” she said.

“We’ve lived in Metung for 34 years, this is the first time, but the thing is, this is not the last, this is a taste of the future. It’s so tragic what’s happening to the world.”

Ms Herbert highlighted the importance of preparing a fire plan, writing it down well in advance and sticking to it.

She said they felt fortunate to have found a safe place to stay with friends and peace of mind.

“We’ve felt wonderfully welcome, once you’ve found a place to go it’s easier to leave and it’s fantastic to be with friends if you are stressed,” she said.

Meanwhile, Walhalla Fire Brigade member Russell Wright had gone to Metung as part of a CFA communications team to liaise with the locals.