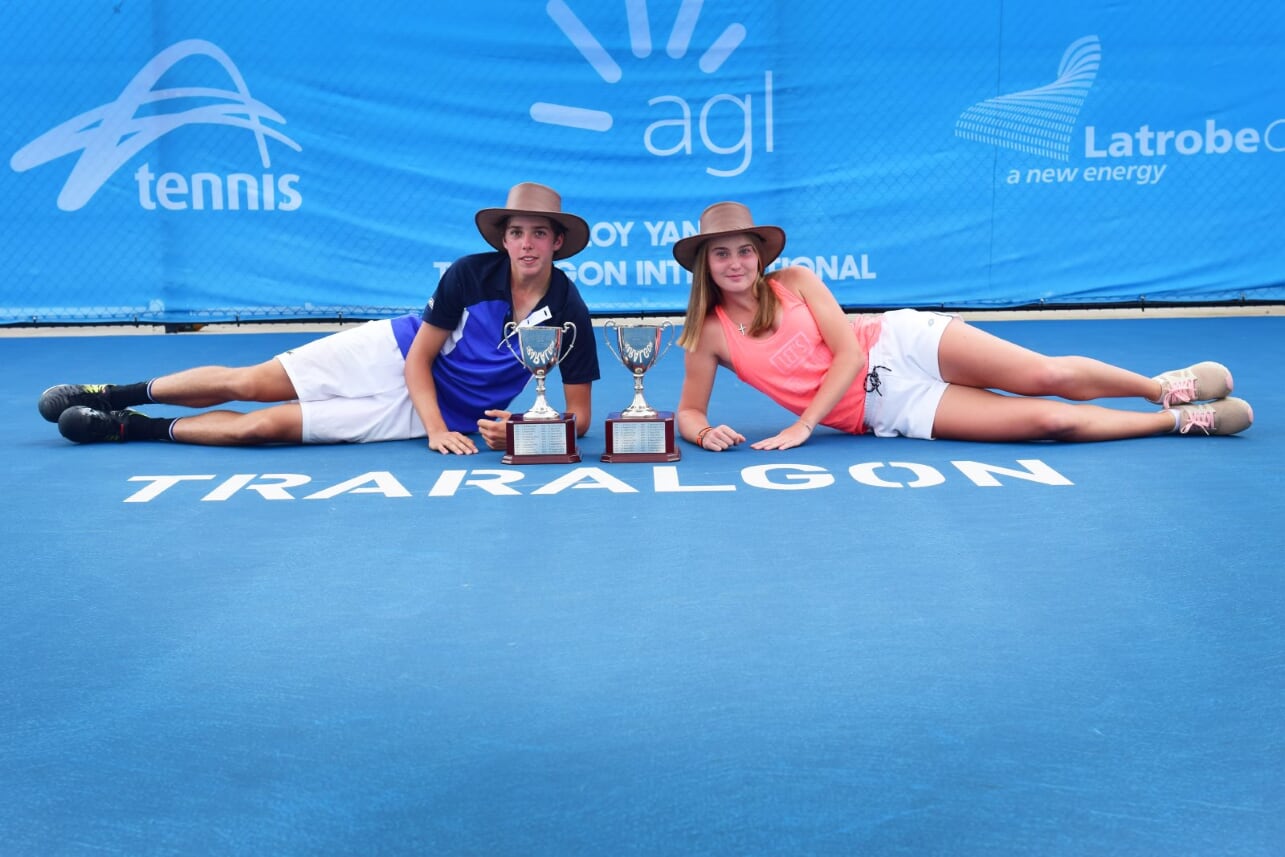 Cazaux was the tournament’s fourth seed and overcame Italian Flavio Cobolli 6-2 6-4 in the final.

The 17-year-old Frenchman booked his place in the final with 6-1 6-4 win over compatriot Timo Legout while the other semi-final was an all-Italian affair with Cobolli beating Matteo Gigante 6-3 6-1.

The Traralgon International is Cazaux’s maiden J1 title but the ITF junior World No. 8 admitted all his focus is on the Australian Open Junior Championships which begins in Melbourne this weekend.

“I am very happy because it was a tough tournament with many good players,” Cazaux said.

“I am very proud (to win), but now I am focused on the next tournament which is the most important, the Australian Open.

“It’s good to win here because it’s a big tournament but the most important is next week so I need to stay focused.

“(This event) was good preparation because it’s the same weather. I am confident because I have now played six matches here.”

Cazaux will enter the Australian Open as the fifth seed while Cobolli, who is ranked 13th in the world, will be the tournament’s the ninth seed.

The Australian cause ended in the quarter-finals of the boys’ event with James McCabe and Philip Sekulic bowing out.

In the girls’ draw, teenager Kudermetova reached the decider after a tightly contested semi-final with Celia Belle Mohr of France.

Delai sealed her spot in the final with an impressive 6-3 6-2 win over Spanish 11th seed Ane Mintegi del Olmo.

Kudermetova, 16, produced her best tennis of the tournament to dominate the final, winning 6-1 6-1.

It was the Russian’s second J1 tournament victory after winning in Berlin last year.

She was delighted to take out the prestigious title, a year on from being knocked out of the tournament in the first round.

The ITF junior World No. 16 now turns her attention to the Australian Open Junior Championships.

“I am really happy,” she said.

“I came here last year to play so it is good to win this tournament, I am so happy, it’s amazing.

“Today was (about) concentration and every point I needed to win and I won 6-1 6-1 to make it possible.

“Tomorrow I go to Melbourne to play in the Australian Open with everyone else.”

Delai will be looking to join Kudermetova at Melbourne Park, but will need to progress through qualifying which began yesterday and finishes today.

A full wrap of the AGL Loy Yang Traralgon Junior International, including a report on the boys’ and girls’ doubles finals, will feature in Monday’s edition of The Express.