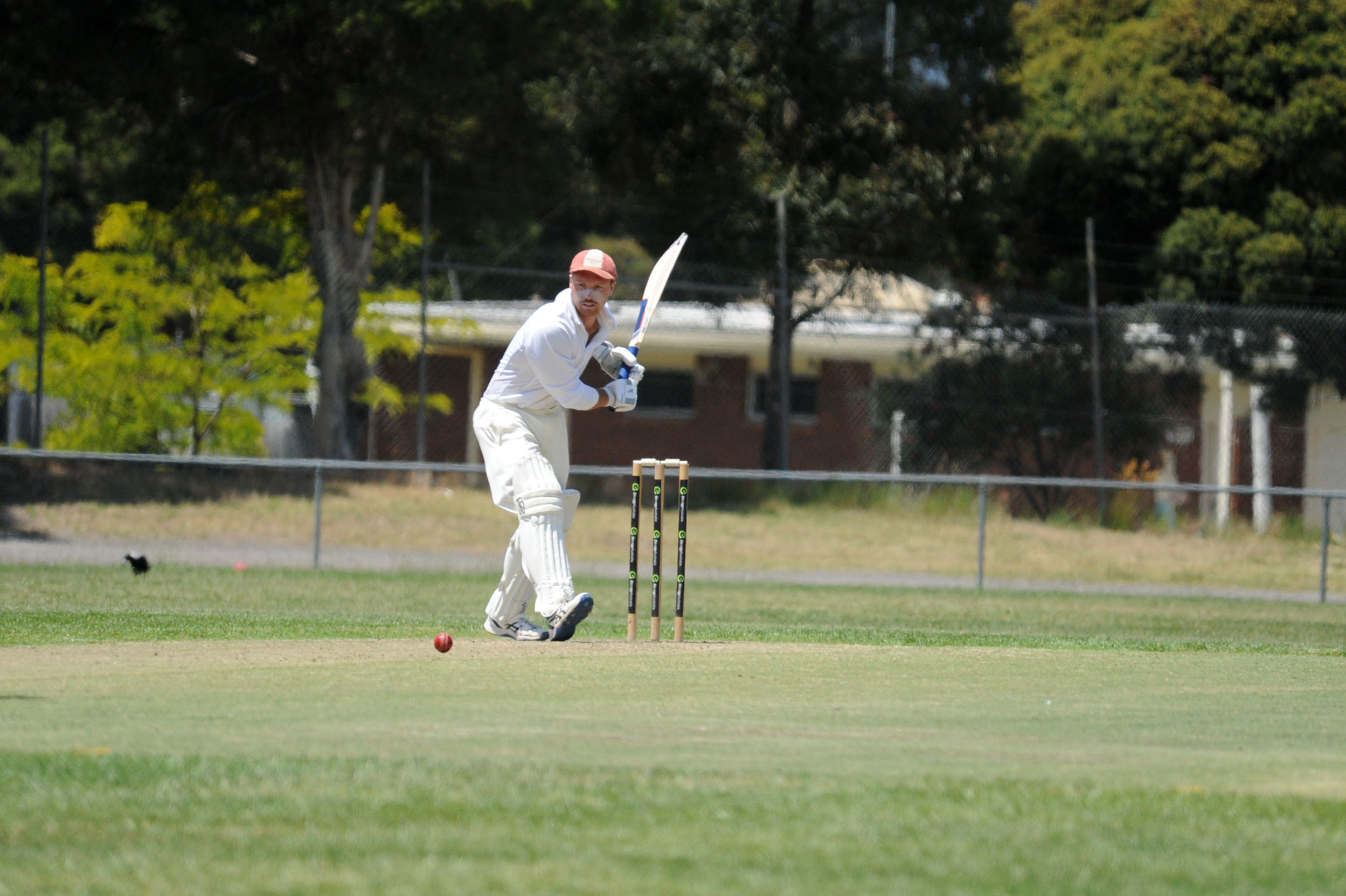 Top spot in LVDCL A Grade goes on the line at Ted Summerton Reserve on Saturday with Trafalgar 93 runs away from claiming first innings points against Moe.

The Lions have led the league since the opening round of the season, but a wobble over the Twenty20 period has seen the Ships sail to within striking distance.

Rhys Holdsworth’s charges bowled out the ladder leaders for 134 before beginning the chase with 3/42 before the end of day one.

The all-rounder said Trafalgar are enjoying a solid season with the side in a strong position to tick off its preseason objective of finishing in the top two.

“We are going alright but there is still a long way to go (in the season),” Holdsworth said.

“We are going well considering we have a pretty young team.

“There is still a long way to go (against Moe), but if we win this week we should sew up a top-two position which was our aim (at the start of the season).”

Trafalgar’s bowling attack has been boosted by the form of Liam Durkin who took 4/15 through nine overs last weekend.

The right-arm medium pacer played in the top grade for the first time this season in Round 7 and managed some economical spells of bowling during the T20 period.

The Ships boast a formidable bowling unit with the likes of strike duo Jackson Noonan and Zack Brown, along with Holdsworth, combining for 45 wickets this season.

While Trafalgar have proven capable with the ball, the skipper said this side still plenty of ability with the bat.

“He’s worked really hard on his game and he’s improved out of sight. The pitch suit him (on Saturday) and he capitalised on that.

“All our bowlers are quite even and we have a good, all-round side to be honest.

“We have got the likes of myself and (James) Blaser who have made runs over the years so we are confident we can chase down anything.”

Anthony Thorp (26) and Ryan Bishop (0) are the not out batsmen for the Ships with Blaser and Holdsworth still to bat.

Trafalgar were the first side to beat Moe this season, a T20 victory which came in Round 9 to the tune of five wickets.

Holdsworth said that result hasn’t had any bearing on this match, and while the pendulum swung in the Ships’ favour last weekend, he is adamant the job is far from complete.

“We have still got plenty of work to do,” he said.

“We never really feared them to be honest, we just worry about us. If we achieve what we set out to achieve we will win most of out games.”

Elsewhere in the LVDCL second tier, Traralgon West have a mountain to climb at Apex Park.

The Eagles trail third-placed Centrals by 223 runs after Dylan Freitag (73) and Tye Hourigan (54) dominated on day one.

Jeeralang-Boolarra will be eying an outright win against Yallourn North at McGregor Reserve in Round 16’s third match.

A Matthew McGrath four-for helped dismiss the Bombers for 84, a total the Panthers quickly surpassed on the way to declare nine down for 138.

Yallourn North will resume play at the crease at 0/6.