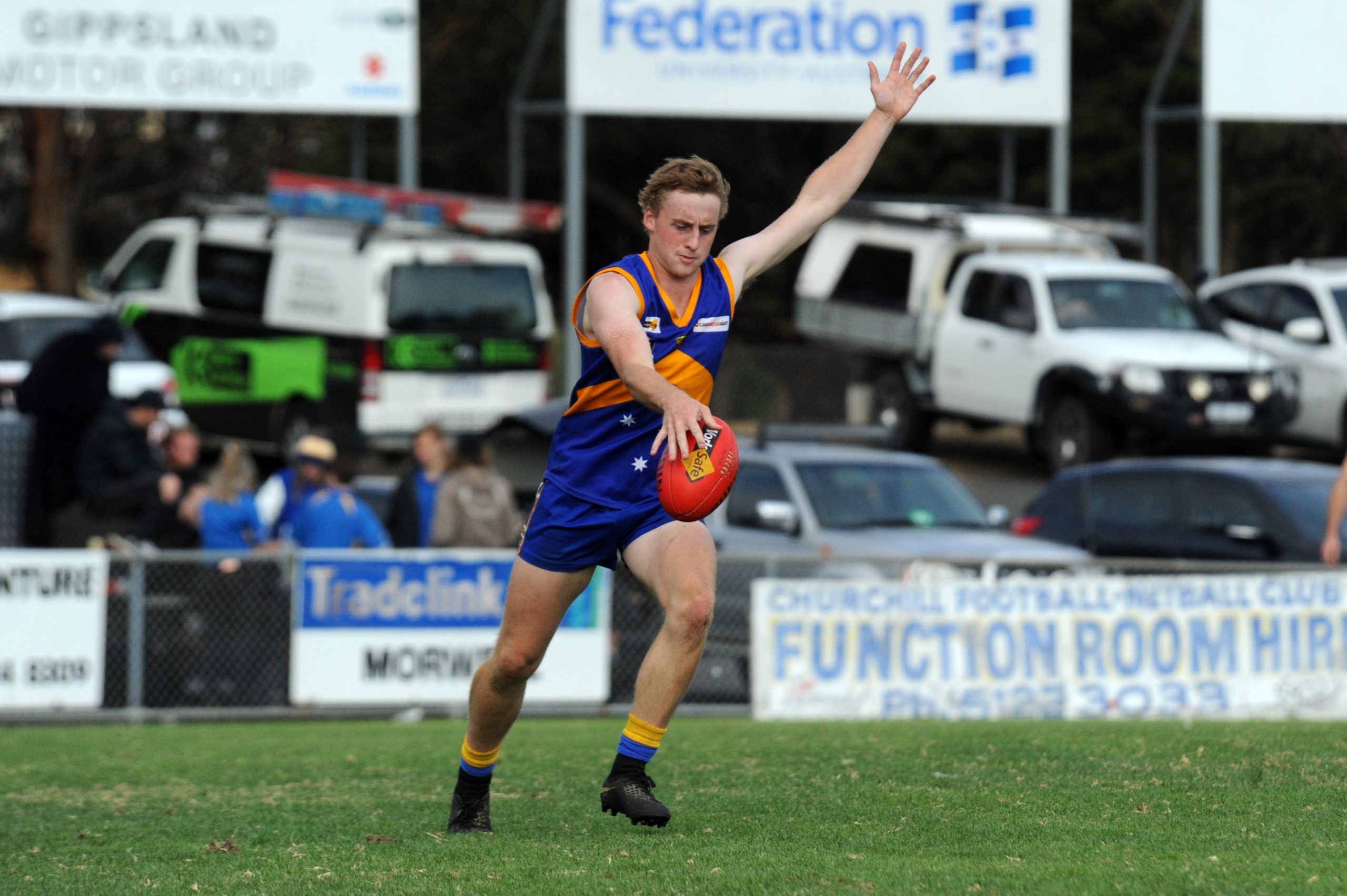 IF at any stage while reading this you feel the need to say “Kennett privatised the power industry back in the 90s” or “climate change is real and it is our responsibility to do something about it” please just stop reading.

This piece is simply not for you.

This is a piece about people, not politics.

And yes I’m aware they overlap – of course they do – but perhaps the focus is too great on the politics and the climate and not enough on the people and the community.

I am lucky to call Churchill home.

It came to be my home in 1995 after a lower-than-hoped-for university entry score was achieved the year before.

It meant none of the Melbourne-based universities wanted me.

Monash Gippsland, however, thought I was worthy of an education and so I made the trek from the north-eastern suburbs of Melbourne to Churchill – after I looked it up on a map to work out where it was.

Maybe that in itself tells you a bit about the difference between my community and that from which I came.

If moving here was the best decision I ever made, then the second best was perhaps not limiting myself to only befriending the vast, yet transient, student population like many I was studying with chose to do.

I met members of the local community.

By design or circumstance I don’t know, but meet them I did.

Through the golf club, the footy club, the cricket club and the local pub.

It was likely at one, or possibly all, of these locations I came to know the Churchill community and in particular one of its finest members.

This yarn is about him, not me.

Born-and-bred in Churchill, Pete was as proud a resident of postcode 3842 as you would ever meet. And as active. And boy was he active. His efforts for his town are too long to list.

His positive influence could never be quantified by independent study or a questionnaire.

When faced with a personal tragedy which would have floored many – he turned it, over time – into a positive.

He grieved, supported his wife and son and then, as few of us ever could, got on the front foot and put a silver lining on the darkest of clouds.

He raised literally tens of thousands of dollars for SIDS.

When his son started pre-school he again set about raising money, raising literally thousands of dollars as part of the fundraising committee.

When his son was ready to start AusKick he took over a floundering program and turned it into a thriving one.

He stumped up his own hard-earned cash and invested his own time, effort and energy and made it happen.

When his son graduated from AusKick to play the game he took over a junior footy club as morally and ethically bankrupt as it was financially.

Again using his own funds he paid invoices that had been outstanding for many years to keep the club afloat.

That work has been continued by others which in many ways is a fitting legacy to Pete’s initial efforts. And kudos to them for doing so.

From a personal perspective, my eldest son decided to raise funds for the Murdoch Foundation after seeing an ad on television and asking what he could do to help.

He set a lofty fundraising goal and the ever-reliable Pete chipped in a considerable donation to ensure the target was met. Indeed if you ever needed a book of raffle tickets purchased Pete’s wallet was invariably open.

To this day I am quietly confident a signed David Warner cricket bat still sits in the bar at the Churchill Cricket Club – Pete won it a few years ago in one of the many raffles or social functions he supported even though he couldn’t attend.

He told me he’d collect it one day but if not, to re-raffle it off.

Due to any or perhaps all of this, or maybe even the scores of other charitable acts I am blissfully unaware of, Pete was recognised several years ago as the Churchill Citizen of the Year.

No offence to the other worthy recipients, but he likely could have won it many other years as well.

In fact, the award could even be named after him following the contribution he has made to this community.

Pete juggled all this community work with his full-time employment at Hazelwood Power Station where he was a valued employee for many years.

I’m sure he was running the social club there at one point in time.

He, his wife and son were, and should always be, a huge part of the Churchill community. When faced with the closure of Hazelwood, Pete didn’t consider leaving. Why would he? Why should he?

He invested his money in a local business.

He sought support to re-train and fund his business through the many established local support authorities.

His first significant decision was to use the available funding to employ several local people to assist him and his wife – who was juggling parenting and studying to be a teacher – to run the business.

While he got some support, the downturn in the local economy did not allow him to keep his business afloat.

Like the local banks, the Bendigo and the Commonwealth, his doors closed.

The same as those at KFC which closed in Churchill and re-opened in Traralgon.

The same as one of the local hair dressers which I hear may be forced to close soon.

The same as Hazelwood House which is slated to close this year.

It seems when large scale local employers close their doors many others follow suit.

You can show me any pie chart, screen show or deep dive analysis report you like that says otherwise but when these things happen communities suffer.

The virtues, and indeed reasons for the closure of Hazelwood have been discussed by all and sundry.

Are the C02 emissions saved just a drop in the ocean? The apparently ever-warming, ever-rising ocean.

Is it a token gesture to the world to save the planet? Is it a decision that shows leadership the rest of the world might follow?

And who made the decision?

Was it a decision made in Spring Street or in France? And why did they make it? Was it to appease those who live in Northcote and think community is knowing your barista’s first name and which tattoo artist they use?

Those very same people who live in little boxes stacked on top of each other yet don’t know their neighbour’s name.

Who knows? Certainly not me.

Sadly Pete recently left Churchill. Packed up his home, his family and moved away – hopefully not forever, but certainly for a while.

The skills Pete learnt after years of study and work in Churchill are now being applied in the Hunter Valley.

And you don’t need a first class trip to Spain for a study tour to guess what he might be doing in that region.

Not even Alanis Morissette could match that level of irony.