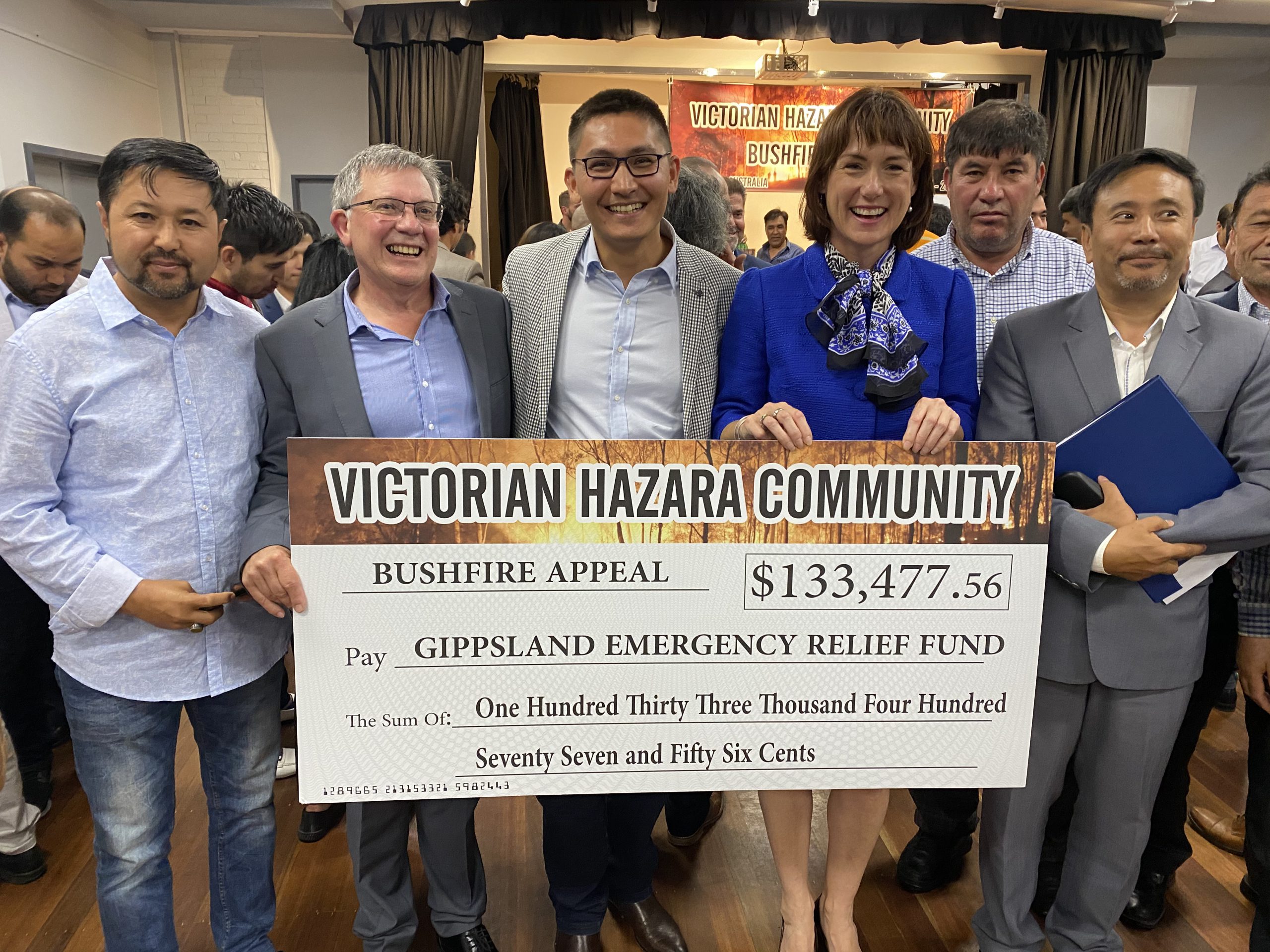 A Hazara refugee who was embraced by the Mirboo North community after fleeing ethnic persecution in Afghanistan helped organise a whopping $160,000 donation for East Gippsland bushfire relief.

Mr Lomani said the Hazara community was “in shock” watching the fires ravage East Gippsland and raised the jaw-dropping amount in only 10 days.

“Australia has provided them with a safe place to live and this was their chance to give back.”

Mr Lomani said he was “born a refugee” in war-torn Afghanistan where Hazara people face ethnic and religious persecution by the Taliban.

At 18, Mr Lomani embarked on a one-year “horrific journey” crossing borders and getting on a “dangerous” boat from Indonesia attempting to get to Australia in 2012, but ended up at the Christmas Island immigration detention centre.

Mr Lomani was transferred to mainland Australia and sent to a community detention hostel in Boolarra, where he was allowed to attend Mirboo North Secondary College.

Science teacher Henry Mueller took him into his family which allowed Mr Lomani to complete his VCE and go onto study a masters degree in dentistry.

“Henry and his wife Susan offered me love and shelter, I consider Susan to be my mother. I now consider myself a Gippslander,” he said.

“When I graduate I want to practice dentistry in Gippsland as this is place that gave me this opportunity.”

Mr Lomani also befriended another one of his science teachers Melina Bath, who went on to become the Member for Eastern Victoria.

Ms Bath worked with Mr Lomani and the Hazara community to help direct the “extraordinary” bushfire donation to GERF and CFA.

She said a bond has been forged between two Australian communities through a shared understanding, overwhelming kindness and one former Gippsland secondary student.

“During my teaching career Danial was one of my outstanding chemistry and mathematics students, and we have maintained a friendship during his tertiary studies,” Ms Bath said.

“It was heart warming and humbling to have this level of support provided to our Gippsland community and valued CFA.”

25/06/2021
STATE Resources Minister Jaclyn Symes has revealed a previously undetectable weakness in the ground as a key factor behind the current woes at the...