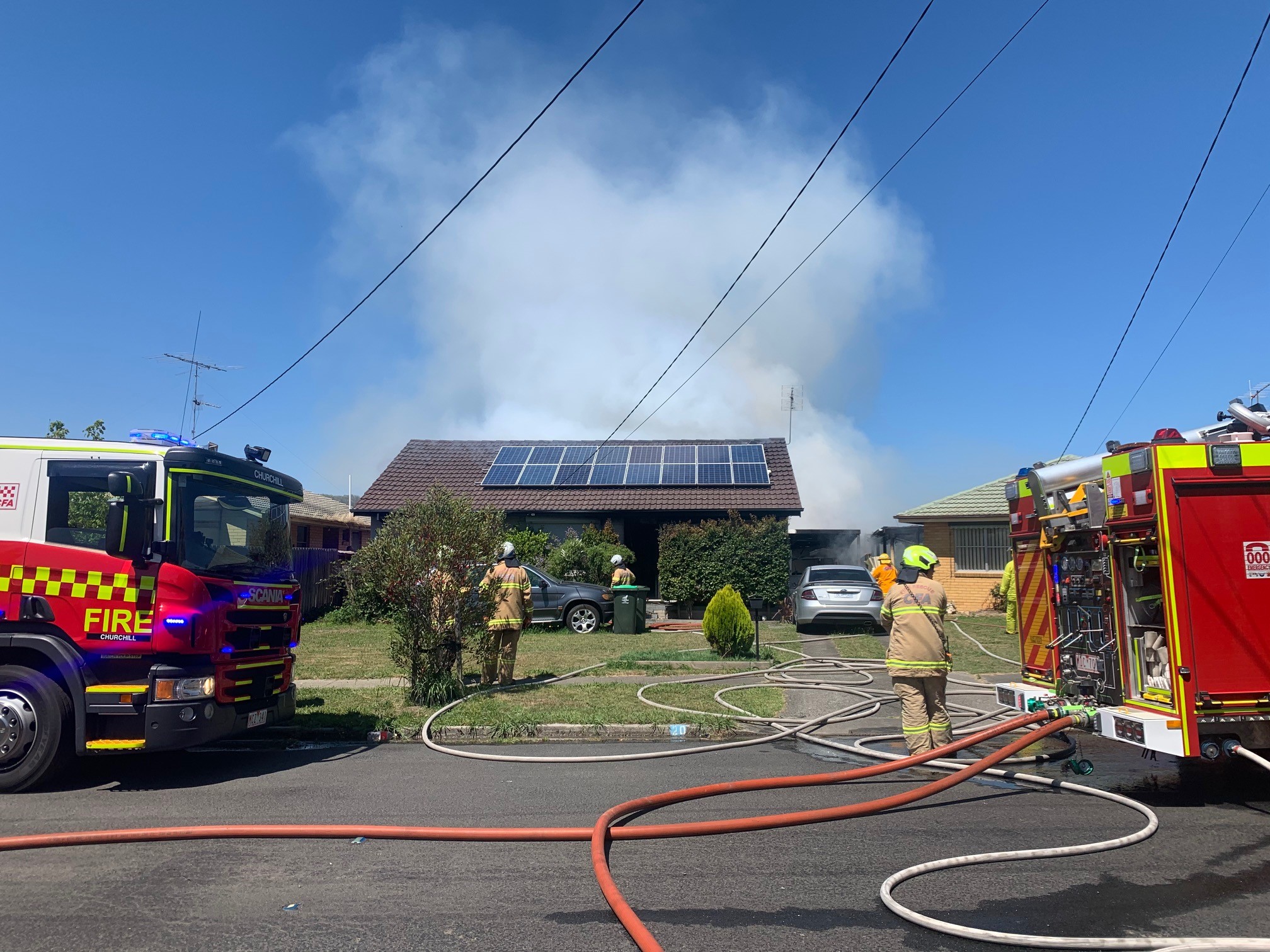 A Churchill home has been gutted by fire this afternoon.

CFA crews from Morwell, Traralgon, Yinnar and Churchill were on the scene of the fire at Fraser Crescent, which started about 2.30pm.

The street was blocked off as crews battled the blaze.

District 27 commander Chris Loeschenkohl told The Express that the fire ripped through the property.

“The house is probably about 100 per cent damaged by fire and smoke,” Comm Loeschenkohl said.

“The heat presented a big issue for firefighters in their recovery so we brought in specialist rehab units.

“(The fire) involved one house, a caravan, a shed out the back and it’s also spread to the adjoining pergola of the neighbour’s house, the neighbours house has been saved.

“At this stage (the cause) is still under investigation.”

No occupants were inside the house when fire crews arrived, with no injuries reported.