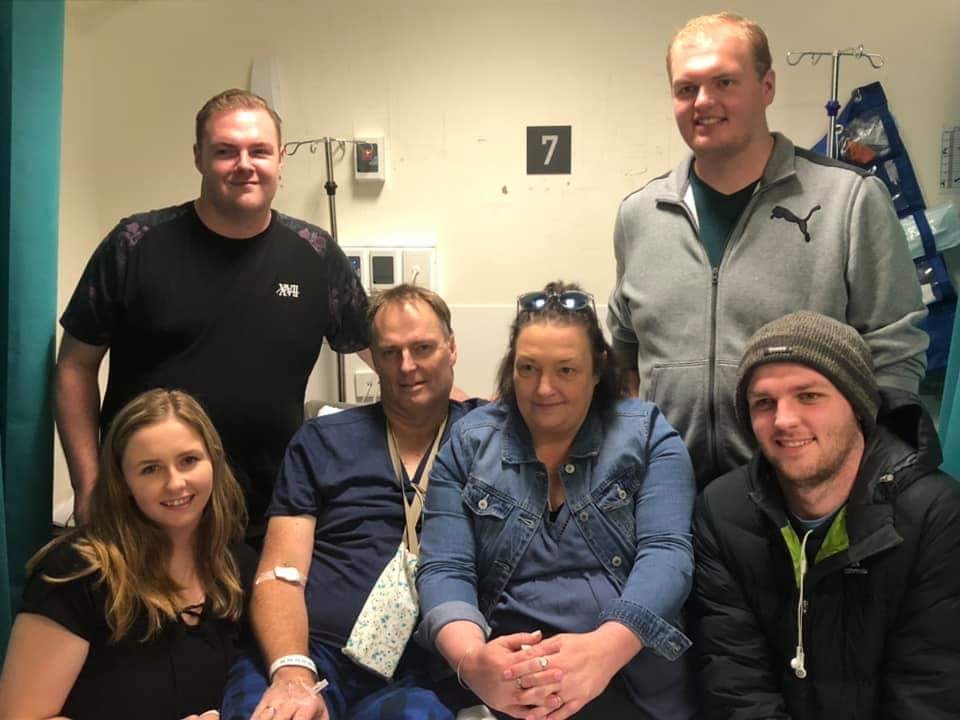 A family in Churchill is working to rebuild after their house was destroyed by fire last week.

Dean and Tracey Henshaw lost the home where they raised their four children, while Dean was in and out of hospital.

Dean worked as mechanic in Churchill “until his body had had enough”and Tracey is still working in telecommunications.

“My parents were fully insured as of July 2019, but due to my father falling ill, they fell behind, leaving them uninsured

of the time of this incident,” Christopher said.

“Last year (my father) went through open heart surgery to repair a valve in his heart which put a financial strain on both my parents as my mother took time off to be there for my father.”

“The latest medical procedure he underwent was four days prior to the house fire. My father had his kidney removed which was found with cancer.”

“He is going back into hospital next month for another procedure.”

Christopher did not get confirmation of the fire on January 30 through the Vic Emergency App.

“I heard sirens and I had no confirmation or anything about the fire until I looked at the Vic Emergency app that I saw that it was our place that was on fire,” he said.

“It was heart breaking, all of our lives and memories are in that house, it is really hard.

“They only got out of the fire with the clothes on their backs, mum got her phone and that was about it.”

“Because my parents were uninsured I could see the look on their face, they have nothing, as the eldest I thought I had to do something to give them any change of hope.”

Christopher said that his mother was stuck “between a rock and a hard place” planning what to do without the help of insurance.

“They’re still trying to go through and salvage what they can, but there isn’t really anything there… (they’re deciding) whether to bulldoze it and sell the land or to make the money and rebuild,” he told The Express.

“But, after 28 years it’s not easy to make that decision.”

“They are currently living with my sister in Mirboo North.”

Christopher has five children of his own and his first, Diezel, has a genetic disability and that both Dean and Tracey were instrumental in helping look after him.

He said that his parents have been the backbone of their close family, always helping with anything they could despite their own troubles.

“My parents are proud people and do not like asking for help, but as their eldest son of four, it pains to see them struggling,” he said.

To access the family’s fundraising page, go to https://www.gofundme.com/f/henshaw039s-new-start