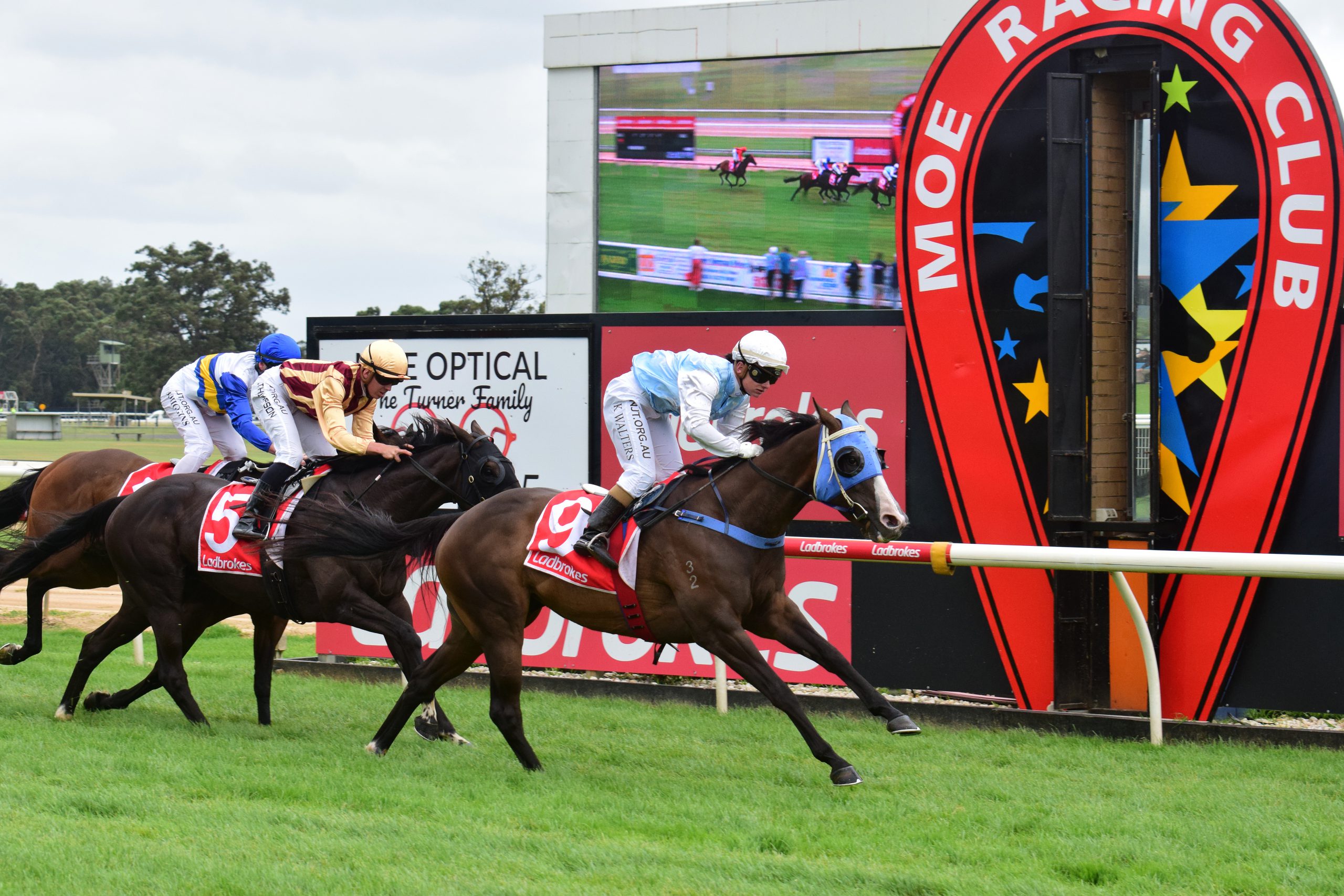 The grey clouds and wild wind were in unfortunate factor which prevented a bigger crowd coming through the gates to support Yellow Day, an MRC initiative to raise money for the Country Fire Authority.

Those, young and old, who did make it trackside got amongst the rides and activities with many sporting CFA hats and shirts with funds raised from the merchandise sales going directly to the volunteer organisation.

On the Soft 5 track, there was a seven-race meeting run with six local cups up for grabs.

The first was the Monacellars Yarragon Cup Maiden Plate (1100m) which was Race 2 with Ping Ping ($3.50) securing his maiden win.

The gelding was trained and ridden by Sally Wynne with the victory coming a month on from half-sister Ling Ling winning at Cranbourne.

Ping Ping finished a length ahead of He’s The Real Deel ($4.40) with Moe-trained Magic Kappy ($21) filling out the minors for the first time in her career.

Sally Wynne narrowly missed out on a double, finishing just under two lengths back on New Belle ($13) with Realism ($3.30) running in third.

Charlie Gafa’s Hot Canford ($201) finished 13 lengths off the leader but not before poking her head in front as the race neared the final turn.

Kate riding the seven-year-old to victory in Moe.

The four-year-old won the race in a photo finish, edging out Our Foxwedge ($11).

Peter Gelagotis-trained Strong Influence ($6) ran on bravely to finish third after he was nudged by Zaidin ($2.80) as they headed into the straight.

The penultimate race was the Morwell Bowling Club Morwell Cup BM58 Handicap (1600m) which was close to a non-contest with favourite Red Light Roxanne ($3.80) winning be nearly three lengths from Yatta Izu ($6.50).

Jockey Brad Rawiller guided the four-year-old to finish a length clear of Dratini ($3.20) with Rich and Rare ($3.20) a further two lengths back.