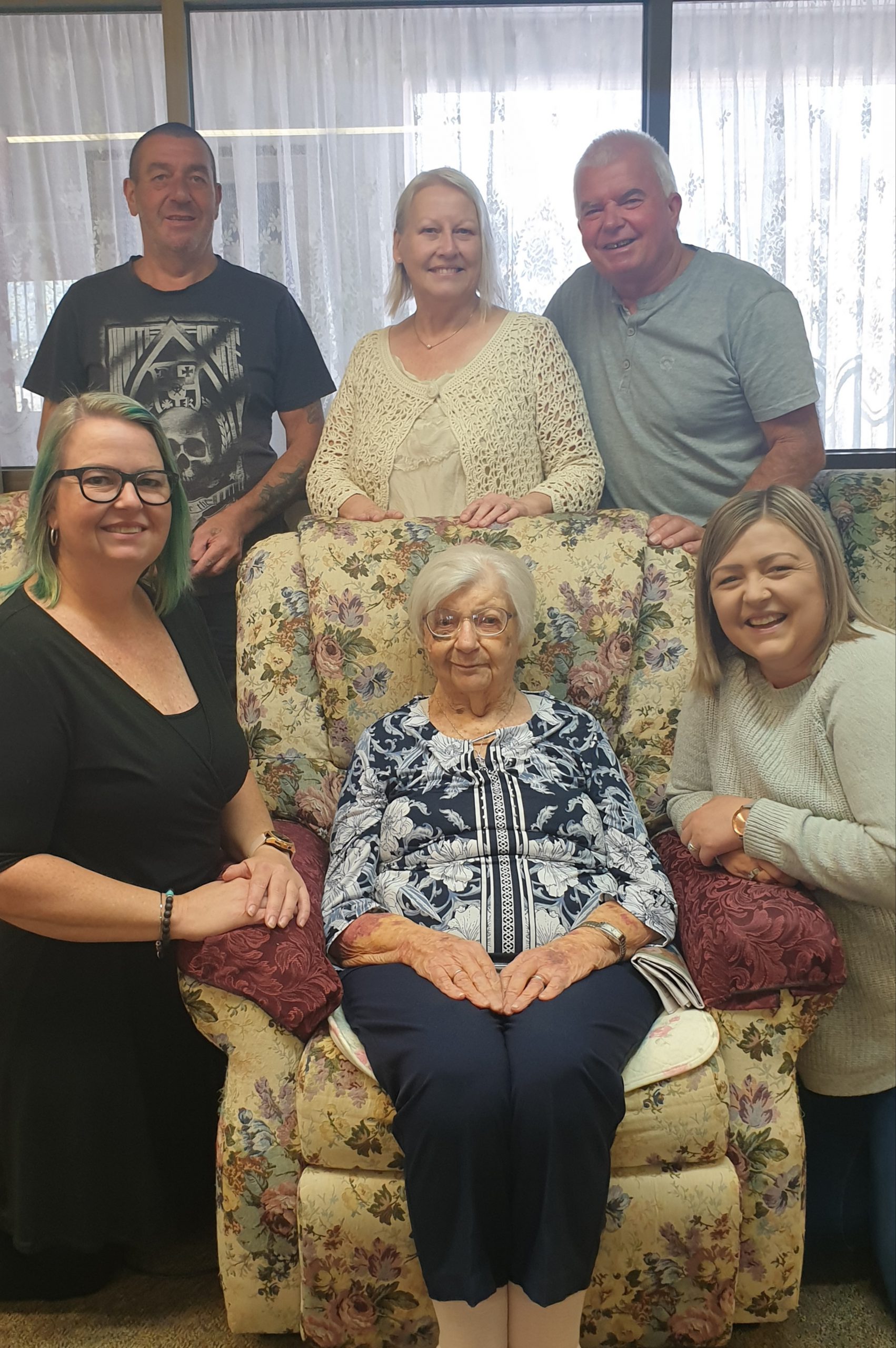 Morwell resident Katherine Smith celebrated her own turn of the century on February 27.

Mrs Smith was born in Aldershot in Rushmoor district of Hampshire, England and moved to Edinburgh to help her parents run a milk bar.

She worked as an aircraft mechanic for the Royal Air Force and photographer for the radiotherapy department in the Royal Infirmary of Edinburgh.

Mrs Smith travelled to Australia for the first time in 1950 and stayed for four years before returning to Scotland.

She married the love of her life Eric at the St Giles’ Cathedral in 1954 and moved to Australia permanently in 1955, after Ms Smith told her new husband how much she had loved Australia.

Mr Smith died in 1993, which is when Mrs Smith returned to Morwell.

One of her grandchildren Joanne Lay said Mrs Smith was heavily involved in the Latrobe Valley community as soon as she moved to the area.

“She immediately got involved in the community teaching piano and also Scottish country dancing and started working at the Latrobe Health Services in the mid 60s,” Ms Lay said.

Ms Lay said her grandmother loved gardening and would spend her spare time tending to her orchids, ferns, cactus and natives and bonsai.

“We spent a lot of weekends at my grandparents’ house in at Smiths Beach in Phillip Island as kids and Katie and I used to love spending time playing in grandma’s backyard garden that she would spend hours in.”

“She had pathways and little bits and pieces in her garden that made it seem to me like a fairy garden to us. They also had a huge swing in their carport that we loved, it’s still the biggest swing I’ve ever seen.”

“She still loves doing word searches to this day although the writing in the books are much bigger than they used to be,” Ms Lay said.

Ms Lay said she was “lucky enough” to be given her grandmother’s engagement ring from 1954 and receives many positive comments about the ring because “it is very unusual but beautiful”.

Ms Lay said Mrs Smith was “excited to receive a letter from the Queen, the Governor and local government members” on her birthday.