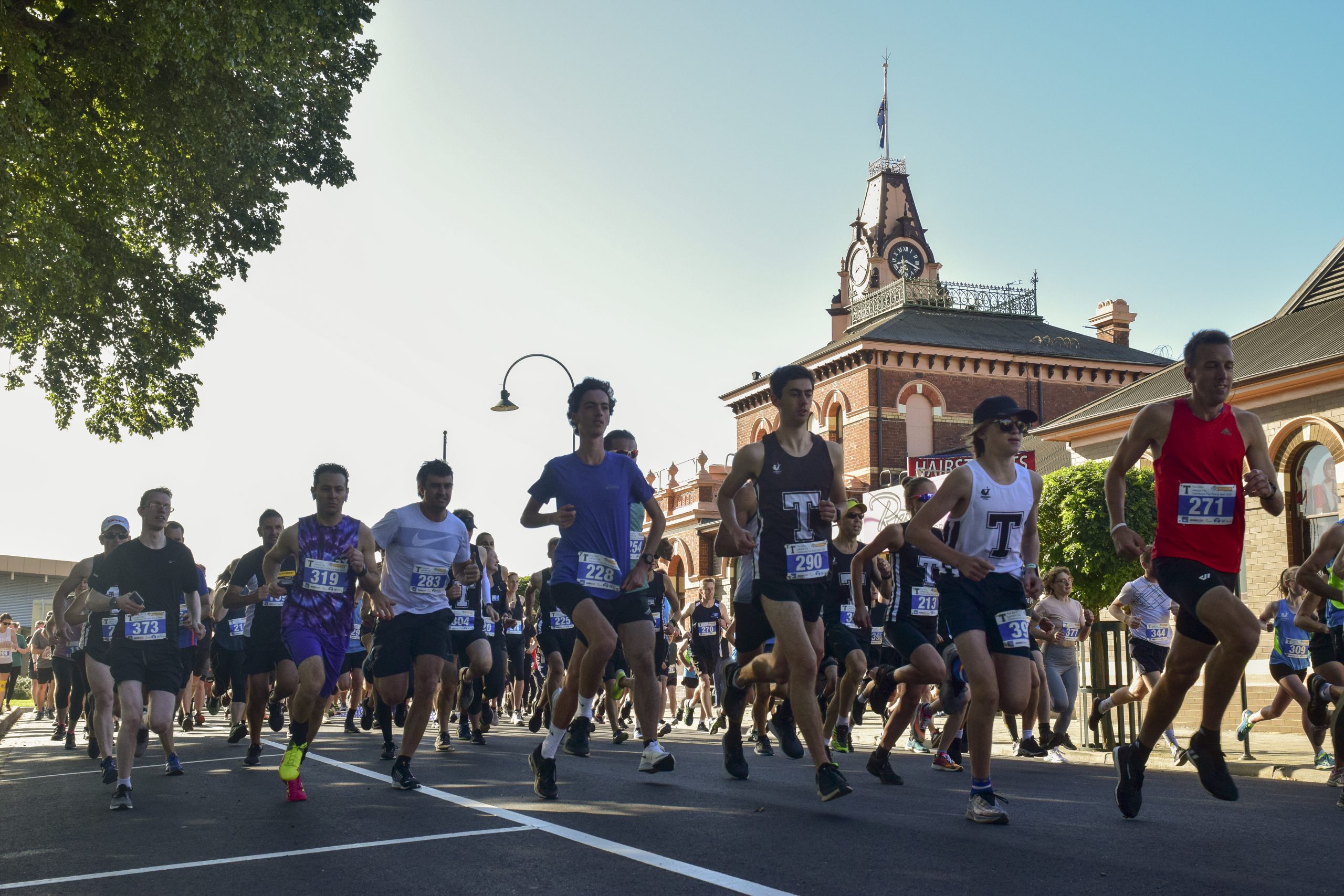 More than 300 competitors took to the start line for the popular 5km event run up and down Traralgon’s Kay Street.

A familiar face was first across the line with Traralgon’s Ryan Wissmer winning the men’s event for the fourth time.

The 39-year-old said he was pleasantly surprised at running 15 minutes, 38 seconds in his first competitive hitout following a break from running.

“I only started training (again) about eight weeks ago and probably four weeks ago decided I would aim for this,” Wissmer said.

“Three years ago I ran 15:34 when I was in really good form and went on to win the (Traralgon) Marathon later in the year.

“I’m definitely happy with 15:38 considering I’ve only been back running for eight weeks, this time around I’m just enjoying the process a bit more rather than worrying about what time I ran.

“Today’s been a great day, my daughter Estelle, 6, lined-up in the junior event a bit earlier, so it’s been a real family day for us.”

Yesterday’s win for Wissmer adds to the hat-trick of triumphs from 2015 to 2017 and sees him join John Mackenzie in the record-books as a four-time champion.

Medical student Emilie Guy added her name to the honour roll for the first time with a dominant victory in the women’s event.

Guy, 22, recently moved to the Latrobe Valley from Melbourne and is studying medicine at the Churchill Campus.

“I’m five weeks in and so far it’s going well,” she said.

“I normally run in 10km cross country races and I’m not usually a huge fan of road running, but I enjoyed it today.

Now in its 22nd year, the Fun Run & Walk is one of the showpiece events on the local sporting calendar and raises money each year for Gippsland Rotary Centenary House.

It is conducted by the Traralgon Harriers Athletics Club with more than 40 volunteers working behind the scenes in a variety of capacities.

Harriers president Phill Mayer said this year’s event could not gone any better.

“We could not have asked for a better morning, we had beautiful weather and a great turnout of people, not just competitors, but spectators,” he said.

“The Fun Run & Walk is a wonderful community event that everyone gets behind.

“Thanks to all the Harriers members for their hard work, our sponsors, all the competitors and to everyone that attended who made this year’s event just so special.”

The Kids 1.5km race attracted a field of 50 competitors and added to the festivities of the annual event.

The girls’ event was won by Maddie Buhagiar in a fine time of 5:26, 13 seconds clear of Matilda Farley, while Alana Crawford rounded out the trifecta.