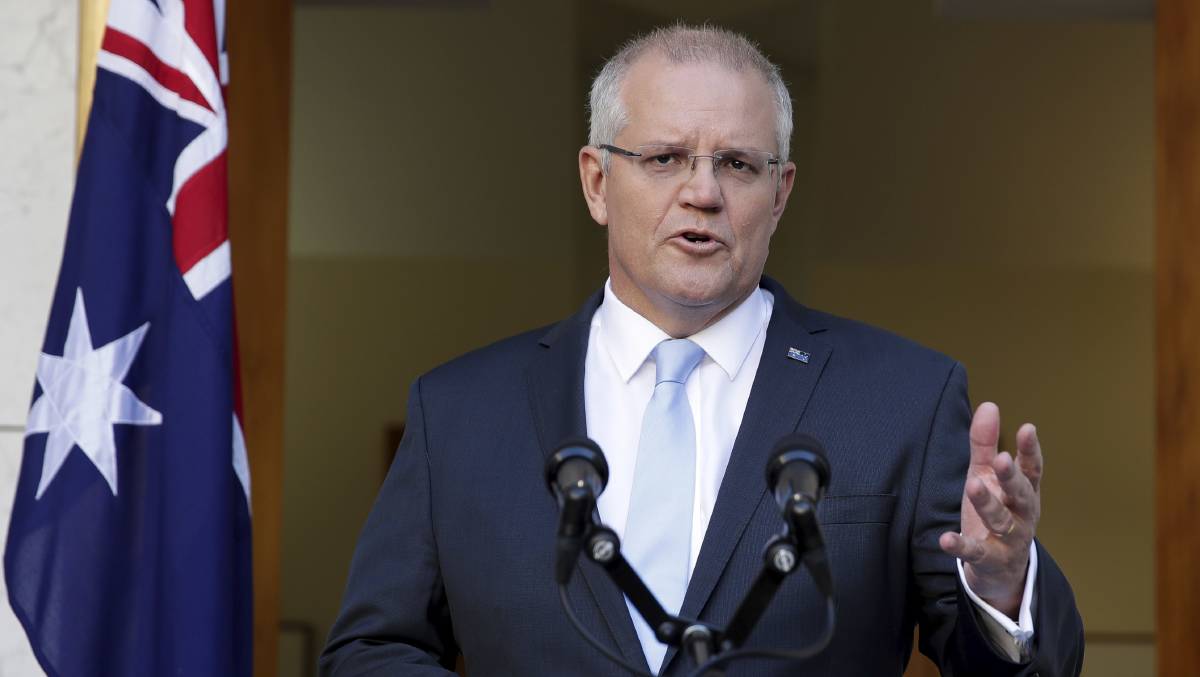 Following a meeting with the National Cabinet earlier today, federal and state governments have restricted public gatherings of people from 10 to two.

The states and territories are deciding how to enforce the new rule.

The limit will not apply to households, education or employment, while skate parks and public playgrounds will also be closed.

But Mr Morrison said parents and their children could go for a walk together even if there were more than two people.

The PM announced all people aged 70 and over should stay at home and self-isolate for their own protection.

“They are not self-isolating for the purpose that people, but this is for their own protection to limit their interaction with others in the community,” he said.

“They can go outside and be accompanied by a support person for the purposes of getting fresh air and recreation but should limit contact with others as much as possible.”

People aged 60 years and over with chronic illness and indigenous people aged 50 or over should self-isolate as much as possible.

Mr Morrison urged everyone to stay home unless shopping for food or other essential items, work, education, exercise, medical care or compassionate needs.

THE LAY OF THE LAND

Groups of more than two people in public are discouraged. States are still deciding on whether to enforce the new rule, which is up from groups of 10.

People aged over 70 or 60-plus with chronic illness are discouraged from leaving their homes unless essential for medical care.

Funerals are limited to no more than 10 people, but states can provide exemptions; weddings restricted to the couple, celebrant and two witnesses.

All elective surgery in public facilities put on hold.

All patients will be able to access Medicare-funded online consultations from next week.