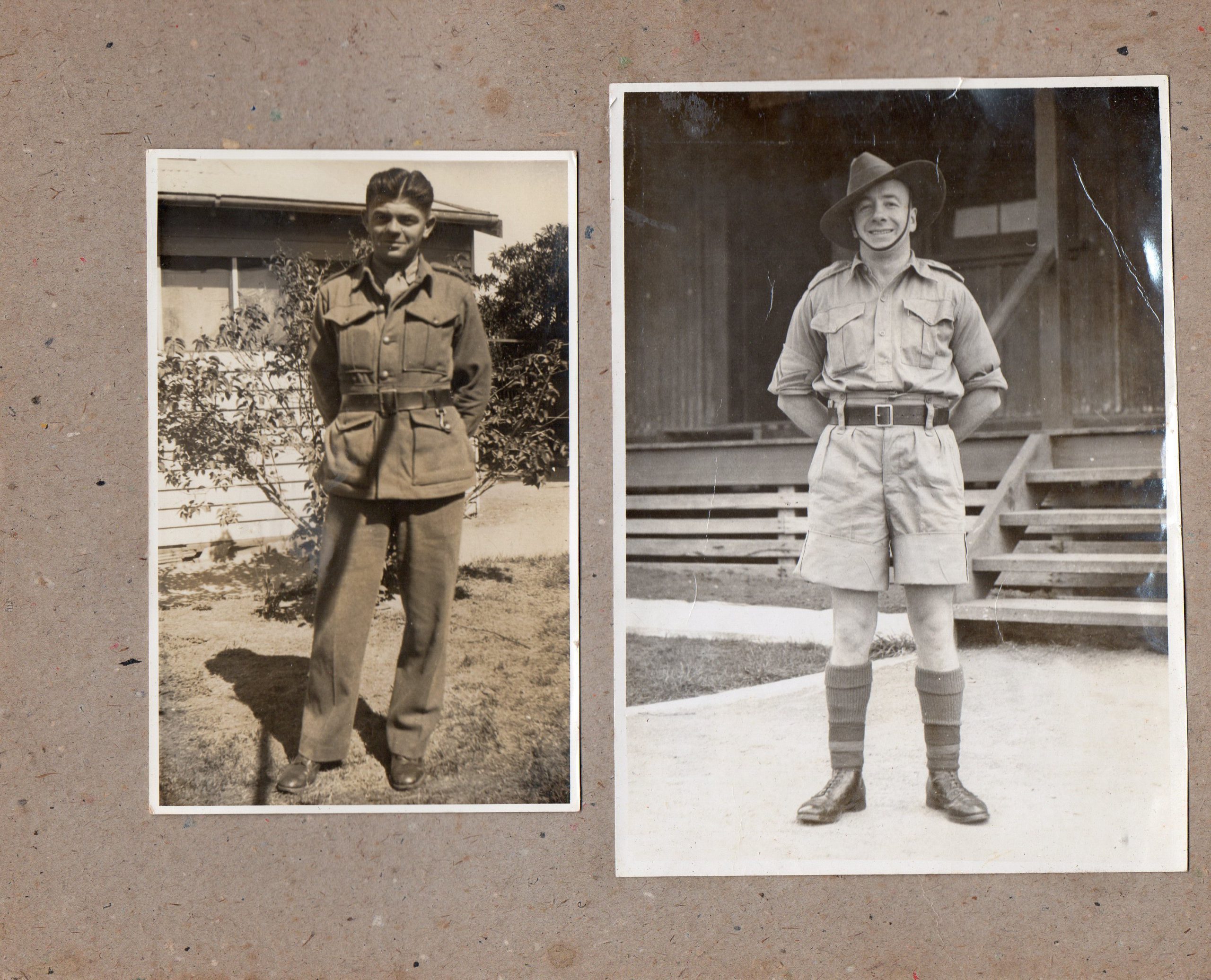 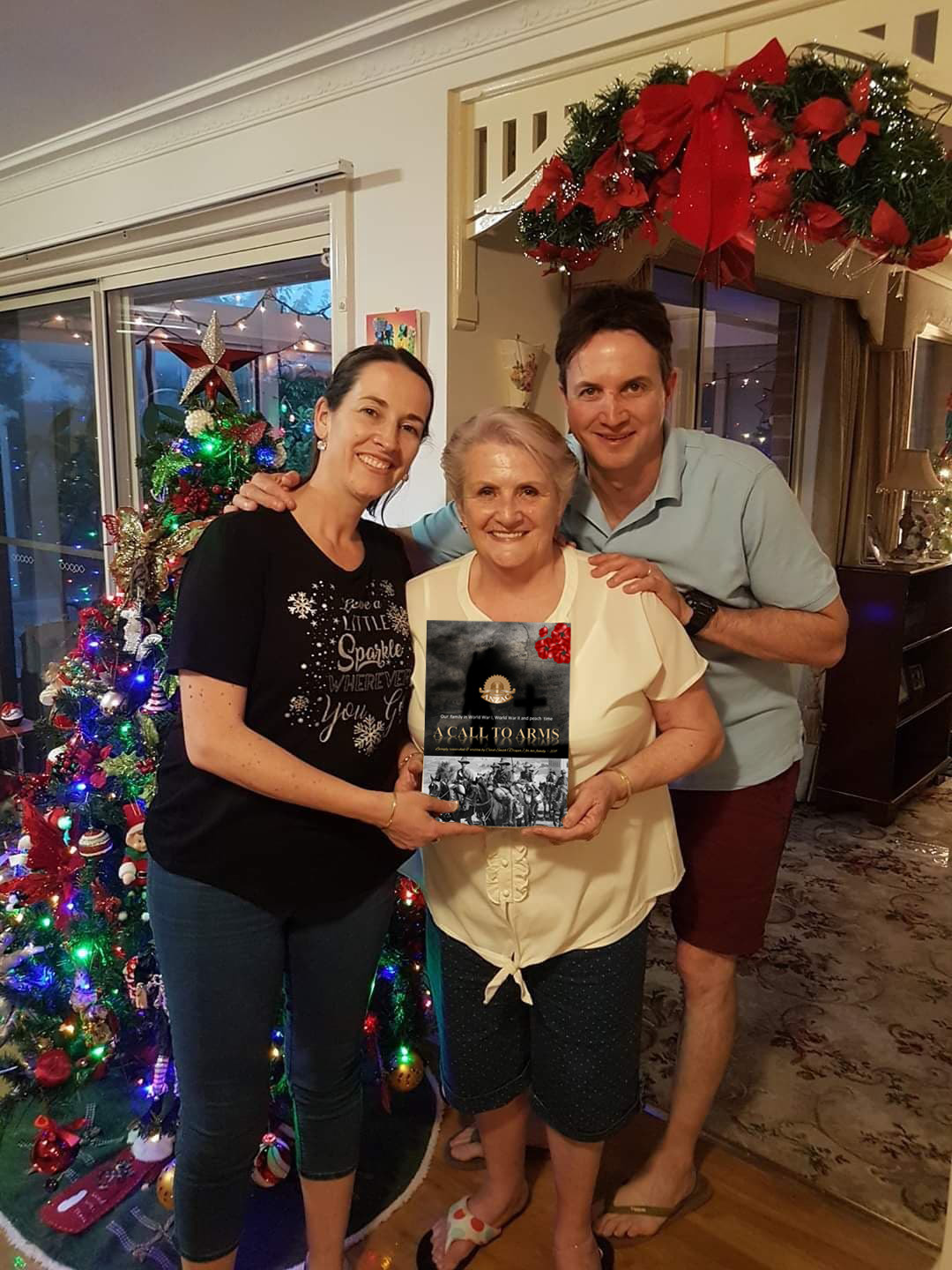 Ron McIntyre and Charlie Mills were both 20 when they enlisted in the 2/32nd Battalion of the 9th Division better known as “The Rats of Tobruk.”

Their first taste of action was the ‘Siege of Tobruk’ where the Australians were keen to prove themselves and uphold the Anzac spirit.

The Australian defence was heroic and Rommel ‘The Desert Rat’ was furious at his first taste of defeat.

My uncles along with the 9th were withdrawn from Tobruk in September 1941 and deployed with the British 8th Army.

It was a blow to the Rats when in June 1942 Rommel, finally succeeded and took Tobruk in just two days.

Both of my uncles were captured on July 17, 1942 in the first Battle of El Alamein.

Their ‘A’ Company was ordered to advance 1000 yards on the right flank but their calculations were well out and they advanced 3000 yards.

Dawn broke and a message was sent “have captured our objective, but have overshot the mark and considering pulling back”.

Unfortunately pulling back was not an option, wireless communication had broken down and a runner had been unsuccessful in getting through – they were isolated.

It was getting light fast when the huge grey shapes of German tanks appeared.

The German Commander said “right Aussies, you have 10 seconds to lay down your arms – for you the war is over”.

They were handed over to the Italians and after six months were shipped across to Italy. Dysentry, flies, lice and fleas made the POW’s life a misery and there were many deaths.

Finally the pair were transported in cattle wagons to Camp PG57 Gruppignano near Venice. The Commander Colonel Calcaterra was a fanatical fascist.

He encouraged cruelty and the sign over his door read ‘The English are cursed, but more cursed are the Italians who treat them well’.

Calcaterra reign of terror ended in 1943 when he was killed by the Partisans.

In September 1943, Italy capitulated and Ron, Charlie and others escaped from the camp.

Ron and his group joined the Italian resistance or Partisans who were very active in fighting against the Germans and Charlie and his mate Nick decided to walk over the Alps to neutral Switzerland.

Ron and his group joined the “Cherokee Mission” whose prime objective was sabotage, destroy bridges and anything else that would cut German supply lines.

Some Brits with the necessary explosive expertise and equipment had been parachuted in at night. This mission was vital but extremely dangerous.

The Nazis had offered a bounty of 1 million lira dead or alive for any member of the Cherokee Mission – the level of danger had dramatically increased.

When Ron received significant shrapnel wounds to both his legs and groin he was taken to a stable and had the shrapnel dug out with a pen knife.

His convalescence was spent in the attic of a Partisan fighter named Guido.

Food must have been very scarce because during this time Ron ate cat.

Ron kept in touch with Guido after the war and sent him money to buy an artificial leg.

Ron and another Aussie were holed up in a safe house when they were told by locals that another group of five Australians were in a safe house nearby tragically they had been caught by the fascists who shot them all.

By night, Ron and his mate Frank unearthed the bodies and marked the spot with a stone marker.

The bodies were unidentifiable but Ron and Frank knew their names.

When they got home they made a Statutory Declaration in order that the families could be informed that their POW’s were deceased. The bodies were exhumed and they now rest in the Milan War Cemetery.

Ron stayed fighting with the Partisans until March 1945 when he was picked up by the 5th US Army. The family were advised in May that he was a recovered POW safe in Allied hands when he was repatriated to England before arriving home in September.

Ron was a senior technician with the then PMG Telephone Exchange in Margaret Street, Morwell and lived with his wife and son Malcolm in McDonald Street until his sudden death at 49.

Those years had taken their toll.

While Ron had been busy with the Partisans, Charlie and Nick began their trek across the Alps to Switzerland and were in the hills north of Coggiola heading north west. They ditched their battle dress and replaced it with whatever they could find.

Nick crossed the Alps in the pair of ladies’ shoes kept on with a bandage wrapped around his foot.

Charlie had by now picked up some Italian enough for them to get them by.

They decided to avoid large towns and they ate whatever they found or were offered including frogs. For a couple of days they managed on a teaspoon of sugar.

The going was tough and made even more difficult by the melting ice from the Alps.

Finally they began their climb toward the mountain pass knowing that they could be spotted and aware of the dangers of the deep crevasses and on October 2, 1943 they passed the Swiss border.

Charlie’s first letter home to the family was sent from Zurich before being transferred to Adelboden. Charlie was also repatriated home through the UK and was discharged in July 1945.

I was contacted by a POW researcher/author who was interested POW escapees.

It seems Nick who had walked over the Alps with Charlie had been trying for many years to find him.

Nick had died at the age of 93 and had always regretted that he had never been able to make contact with Charlie after the war.

I was blown away when the researcher asked if I would talk to Nick’s widow Enid – would I ever!!

I had an amazing conversation with a very sweet 91-year-old lady who was still as sharp as a tack and so excited that I could fill in some blanks.

Clearly they had never given up trying to find Charlie and she was overjoyed to hear from me.