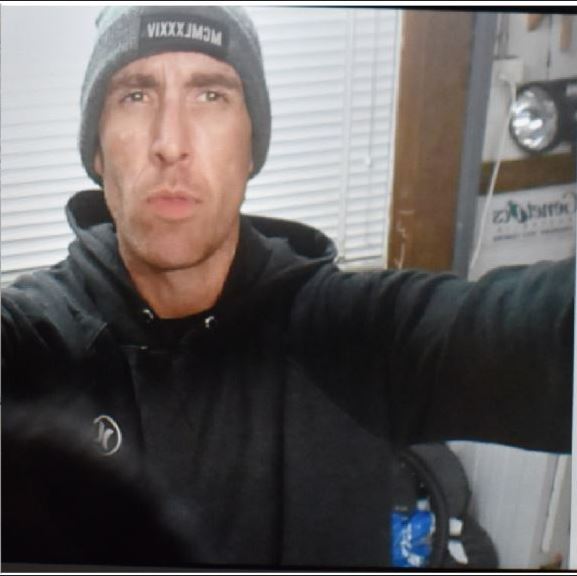 The best friend of missing Newborough man Jarrad Lovison has issued an impassioned plea for information to help find his “brother by oath”, three weeks since he was last seen.

Detectives from the Missing Persons Squad are investigating Mr Lovison’s disappearance after Victoria Police announced on Wednesday it was being treated as suspicious.

The 37-year-old, who cuts an imposing figure at seven feet tall, was last seen just after 9.45pm on April 15 riding his green mountain bike along March Street, Newborough.

Police have been told he was also seen that day at Kmart and Woolworths in Moe, and then met with a friend on Belvedere Court, Newborough.

Adam Reddiex, who lived with Mr Lovison in Traralgon before moving to the Sunshine Coast, said his disappearance was “completely out of character”.

“Jarrad has always been the same, and if there’s something wrong with him I know straight away,” Mr Reddiex told The Express.

“I catch up with him every time I come down, and I was down late last year and he was just going about his business and trying to keep his nose clean.

“I’m just blown away that he’s seven foot (tall) and nobody has seen him.”

Mr Lovison’s dog, a black Labrador name Slade, was left at his residence, prompting friends and family to raise concerns over his whereabouts.

“Slade is his best friend and companion and he walked him every day and did everything with that dog, he didn’t go anywhere without him,” Mr Reddiex said.

“But Slade’s been running away because Jarrad hasn’t been there to take him on his walks, and he’s just so proud of him.”

Police yesterday released several images of Mr Lovison, including one of him in a beanie that he sent to friends on the night he disappeared, and one of his bike which is yet to be recovered.

He was last seen wearing a dark-coloured top and pants, as well as dark runners with red socks.

“Every little bit of detail, even the smallest thing, even if people think it’s far-fetched, we need to hear it because it could fit in with the timeline and could help us find him,” Mr Reddiex said.

“He’s a great bloke, he’s my best mate and he’s just so easy to get along with.

“I just want everyone to keep putting their heads together, we need to find him.”

Mr Lovison is described as being 213cm tall with a slim build and has a shaved head.