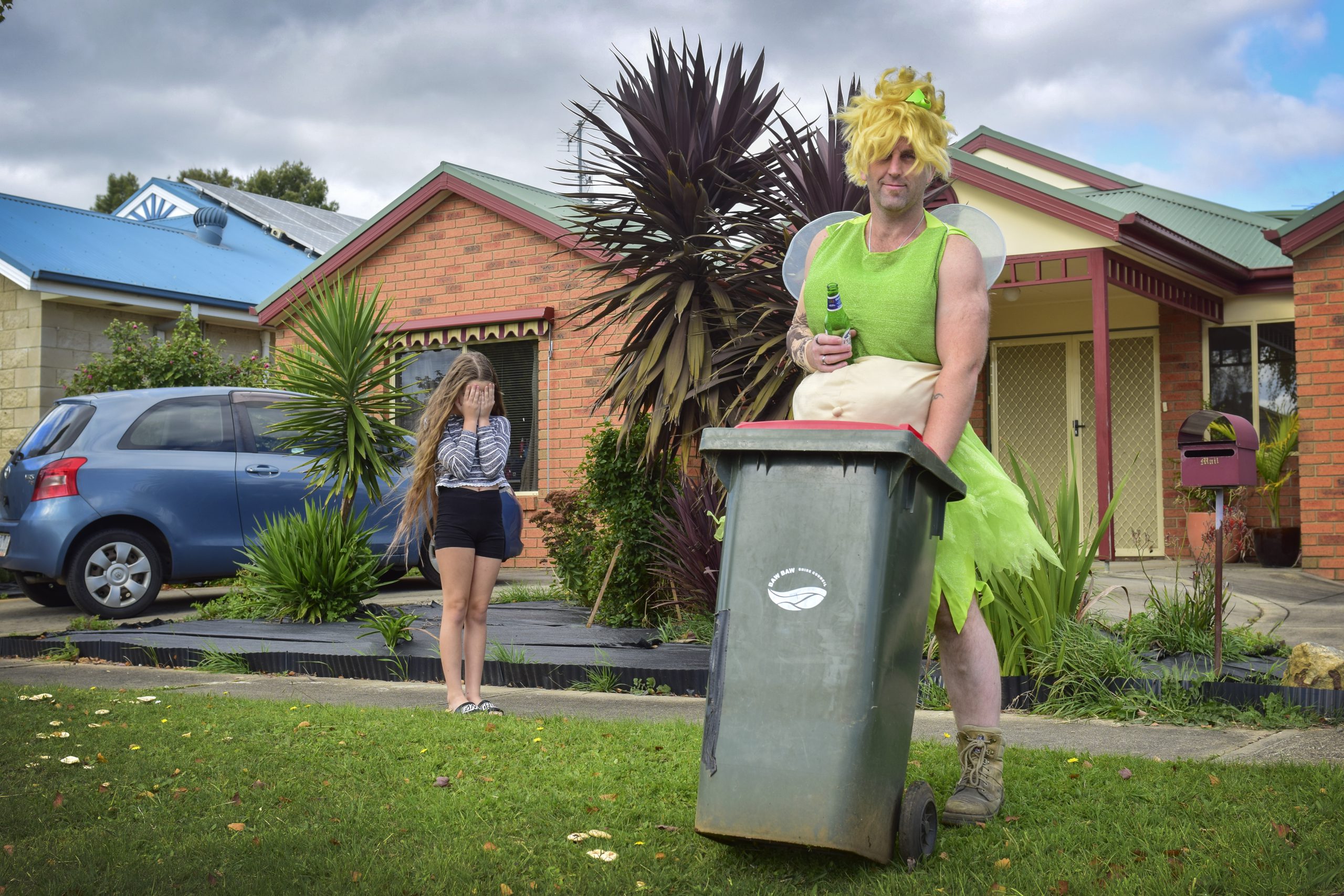 The notion is that our bins now go out more than we do.

During this unprecedented time of social isolation, bin night is now one of the biggest events on the weekly calendar.

Something which started as a dare between two friends in Queensland has now sparked a global movement.

And so a Facebook group, Bin Isolation Outing, was spawned and has attracted more than one million members.

Wife Catherine filmed Mr Gannan taking the bins out dressed as a character he has dubbed Fat Tinkerbell, which has attracted about 20,000 views on social media.

“I had this fat Tinkerbell suit from my wife’s 40th birthday,” Mr Gannan said.

“When I saw the (Facebook) page I said ‘I’ve got to do this, I’ve got to do something, I’ve to get involved’, so I chose to dress up as fat Tinkerbell, aka Frank, taking the bins out.

“It’s all just for fun, it’s something out of the ordinary. It put a smile on my face so I thought, why not? I can do this and make someone else smile.

“It’s nothing more than saying ‘here guys, have a laugh at this idiot.”

The musician appeared in the recent Mass Online Band performing INXS’ Never Tear Us Apart, but it’s his work as Fat Tinkerbell, or Frank, that has garnered the most attention.

“It’s funny how this has taken on more publicity than my music,” he said.

Two people who were initially less impressed by Fat Tinkerbell’s weekly outings were his daughters, Monique and Alyce.

was red faced and laughing. She thought it was hilarious. They both think it’s funny,” Mr Gannan said.

“It doesn’t matter whether it’s people or kids just going and putting the bins out. It’s been really cool to see people from all walks of life get involved.

“There was one boy with Down syndrome who really got into it, from someone boot scooting with his bin down the drive way to little girls in their fairy costumes.

“It’s been cool, guys dressing up in drag, all sorts of stuff, it is just about having a laugh.”