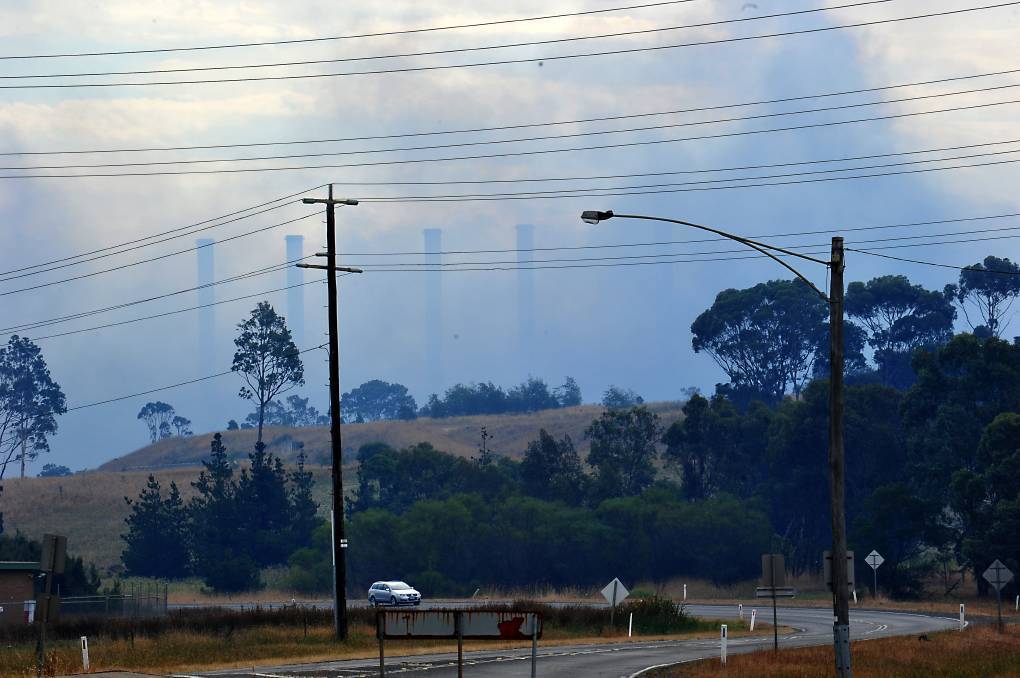 The Supreme Court of Victoria has ordered the Hazelwood Power Corporation pay a penalty of $1.56 million over the 2014 Hazelwood mine fire which raged for 45 days.

In sentencing, Justice Andrew Keogh conceded the “risk of fire was ever-present”, but said he was not satisfied the fire was the result of any breach by the Hazelwood Power Corporation Pty Ltd.

“The weather conditions, speed and breadth of the fires … combined to create conditions at the mine which were extreme and exceptional,” Justice Keogh said.

“The conditions on February 9 were far more extreme than on the occasion of other recent major fires.

“There was an extraordinary attack on the mine by the Driffield and Hernes Oak fires. Nothing could be done to prevent the fire racing toward the mine and Morwell.

“Despite the significant CFA resources, the Hernes Oak fire flared and broke containment lines. I am satisfied that by mid-afternoon the fires were uncontrollable and would takes week to extinguish.“

During an eight-week trial last year, a jury found the HPC guilty of 10 offences relating to workplace safety over the mine fire which blanketed the Latrobe Valley in thick smoke and ash.

Jurors found it put staff and the public in danger, did not adequately assess the risk of fire, failed to have an adequate reticulated water system, failed to slash vegetation around the mine and did not act early enough to wet down areas around the mine.

Justice Keogh maintained that while “nothing could be done to arrest the development of the fire” once it had engulfed the mine on February 9, it was “inherent that the HPC failed to complete adequate risk assessment”.

“Given its geographic setting, the Hernes Oak fire and extreme conditions … there was a foreseeable risk of coal in the northern batters being ignited,” he told the court.

“Insufficient attention was given to the potential impact of bushfires on the northern batters … this shows a degree of complacency and a subconscious acceptance of risk.

“The northern batters (of the mine) required separate consideration because of the steepness, limits to the water reticulation, size and location of the batters and the impact of surrounding vegetation.

“HPC was aware of the extreme conditions forecast … there should have been some rotation or wetting down of the northern batters on February 9.“

But Justice Keogh said “there is no evidence to support that” these measures, if implemented, “would have resulted in the fire being prevented or better controlled”.

“No criticism was made of the mine operators in response to the fires. They played a significant role in controlling and extinguishing the fire,” he said.

“However, there remains a need for the sentence to draw the attention of employers to the importance of workplace safety.”

WorkSafe chief executive Colin Radford said while HPC wasn’t responsible for starting the fire, it should have been “much better prepared for the risk, considering previous fires at the mine and the extreme weather forecast that weekend”.

“Brown coal fires are notorious for emitting air-borne pollutants including carbon monoxide, the harmful effects of which are well known,” Mr Radford said.

“This was an entirely foreseeable event that has led to significant adverse health impacts, and WorkSafe will continue to prosecute employers who fail in their duty to protect not only their workers but also the general public.”

Mr Radford said he hoped the “substantial penalty” would “help provide some closure for the community as it continues to recover from the disaster”.