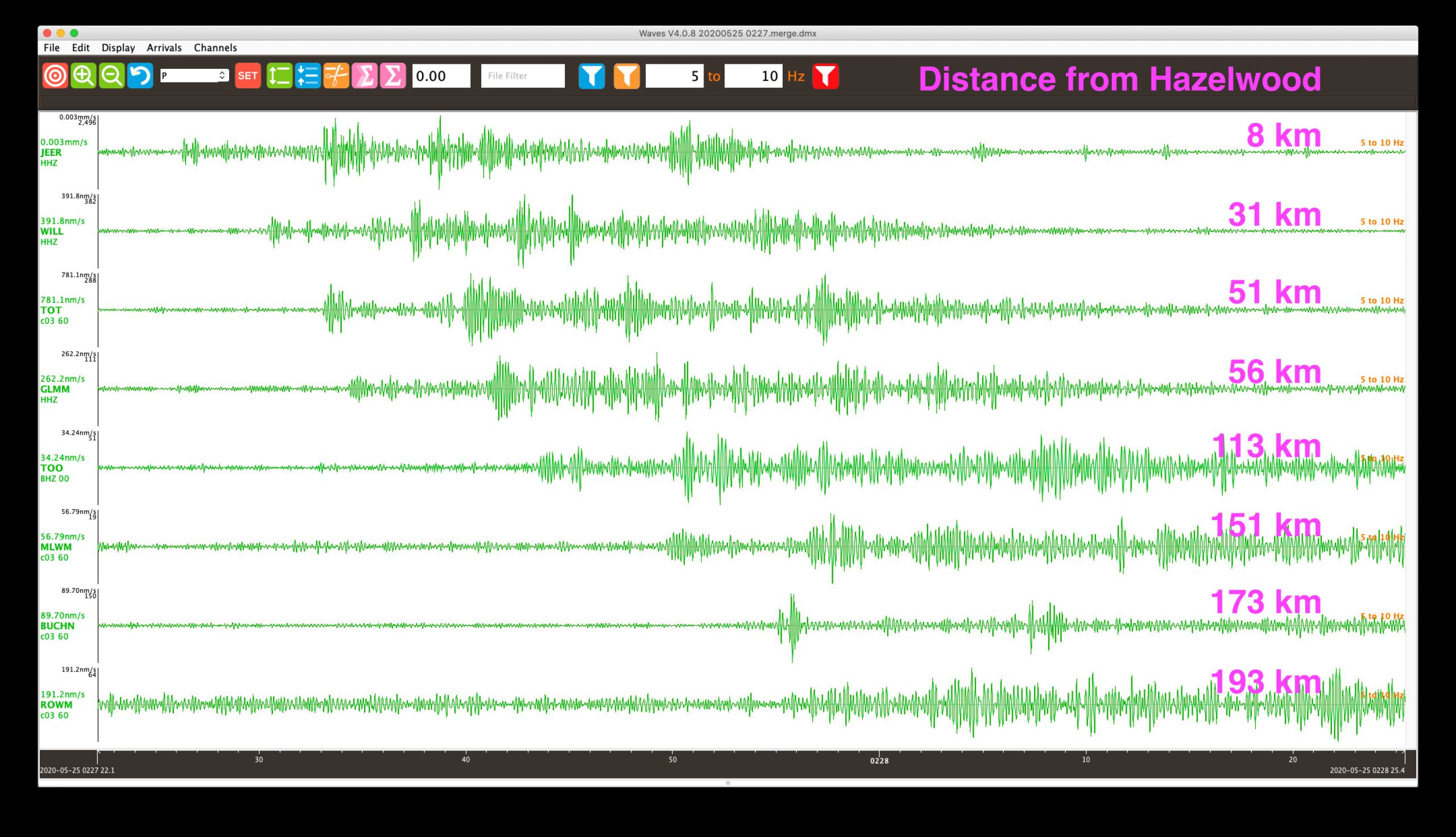 The Hazelwood chimney collapse created the equivalent of a magnitude one earthquake that was felt up to 200 kilometres away, according to seismologists.

“One of our seismologists was watching the live feed of the chimney collapse and he looked across to the live data stream and saw signals at the same time they were collapsing,” Mr Pascale said.

“If you think about the amount of energy it took to shake the ground, this was pretty significant. We were surprised we could see it from so far away.”

Mr Pascale said that tremors at that level were the equivalent to the average quarry blast and would not cause any wider damage, although some people could feel the earth shake from around the district.

He said the centre had several seismographs stationed in the Latrobe Valley and around Gippsland, with the closest reading taken a few kilometres away from Hazelwood.