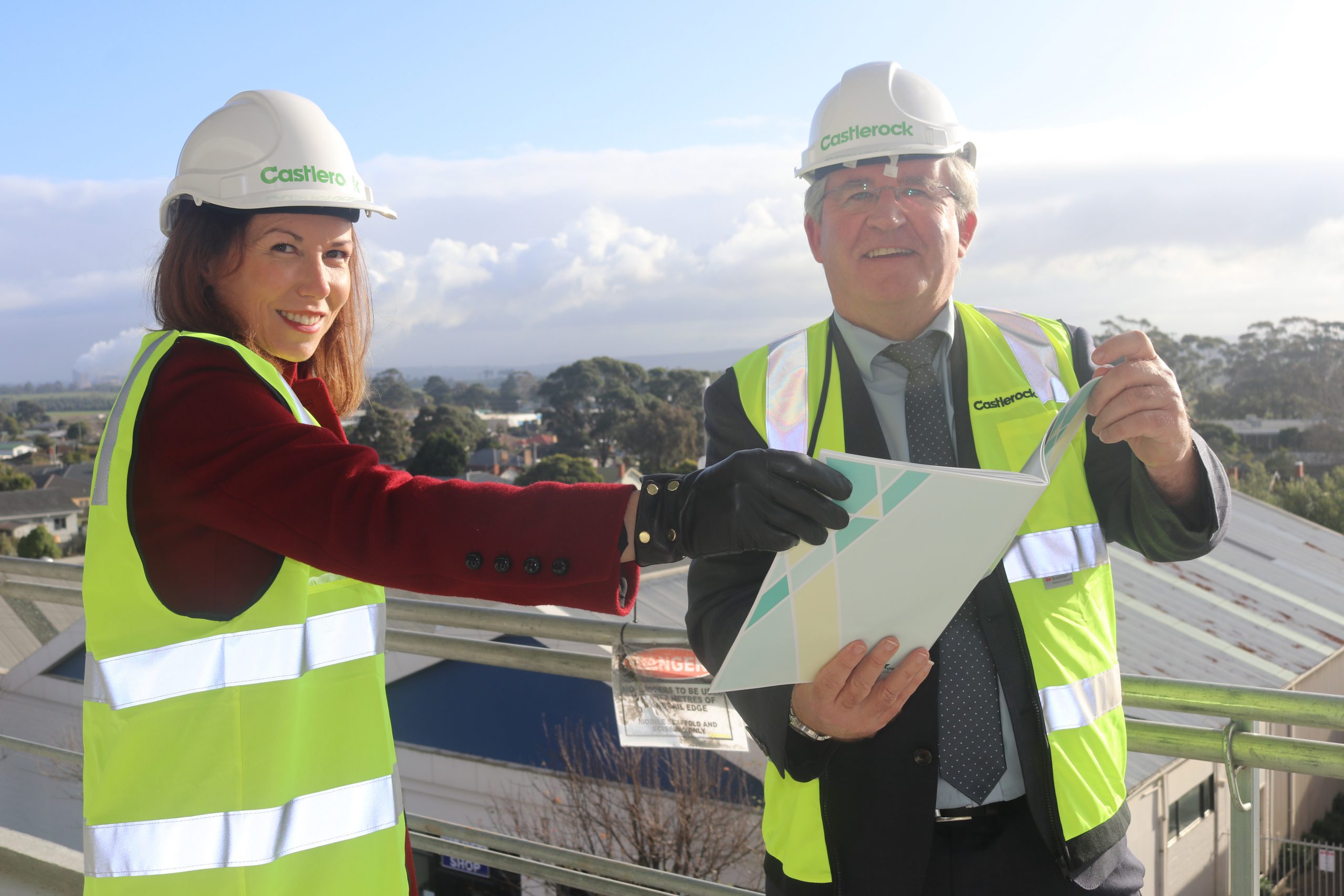 The state government has assured that alternative water sources are part of mine rehabilitation plans as the final Latrobe Valley Regional Rehabilitation Strategy was released on Friday.

Regional Development Minister Jaclyn Symes was in Morwell releasing the strategy and launching the new Mine Land Rehabilitation Authority which will come into effect on Wednesday.

The new authority will replace the role of the Latrobe Valley mine rehabilitation commissioner Rae Mackay, who will stay on as authority board chair.

Ms Symes said the final strategy was a blueprint to guide how the Latrobe Valley’s three mine voids would be rehabilitated into the future, with water playing an “integral part”.

She said the strategy had flagged the use of desalinated water, recycled water or access to water from treatment plants.

It comes as Hazelwood mine operator ENGIE confirmed its plans to start filling the former mine with water from January to create a full pit lake to enable a safe, stable and sustainable land form.

The LVRRS sets out actions to address mine safety and stability and provide mine licensees with further clarity on rehabilitation options.

It takes into account a drying climate and alternatives to the Latrobe River system, while protecting existing entitlements of irrigators, communities and the environment.

“This strategy does not provide a guarantee of water, no one can give that guarantee, we know that water that’s been available in the region is less than what it has been,” Ms Symes said.

“Of course we will plan for that and we don’t want to take water from one industry to support another industry, this will take a balanced approach.”

Ms Symes said the new authority would continue to work with a stakeholder reference group and hear the views of the local community on mine rehab.

The Mine Land Rehabilitation Authority will be based out of the new GovHub on Church Street.

Prof Mackay said he had planned to continue on from his work as commissioner, stressing mine operators plans were not complete and would require a “staged approach” with regular reviews.

He said the community also needed to be made aware of certain risks associated with partially filling mines with water as opposed to creating full pit lakes.

“The trouble with partial pit lakes is safety and stability isn’t straight forward, we are likely to accept a higher level of risk if we don’t complete a full pit lake,” Prof Mackay said.

“It’s a trade off between using less water for other beneficial purposes but recognising that stability will be slightly less than what we would’ve liked.”

Member for Morwell Russell Northe raised a number of concerns in a submission he had made into the LVRRS, including considering other options than a full pit lake and access to water.

“There was an expectation that the strategy released by the government today would address some of these issues, however, it appears this is not the case,” Mr Northe said.

“Whilst I appreciate further consultation and conversation will occur, a number of important points raised during the draft phase really require greater certainty.”

Mr Northe’s concerns were shared by community groups including Friends of Latrobe Water which said it was “absolutely crucial” for the community to be involved in rehab plans.

Group spokeswoman Hayley Sestokas said she was concerned about ENGIE’s plans to begin filling Hazelwood, “given unanswered questions about water availability in a drying climate”.

“We’re pleased that the strategy explicitly states that any water taken for mine rehabilitation will not impact on environmental or Traditional owners values in the broader Latrobe River system, including the internationally significant but under-stress ecosystems of the Gippsland Lakes,” she said.