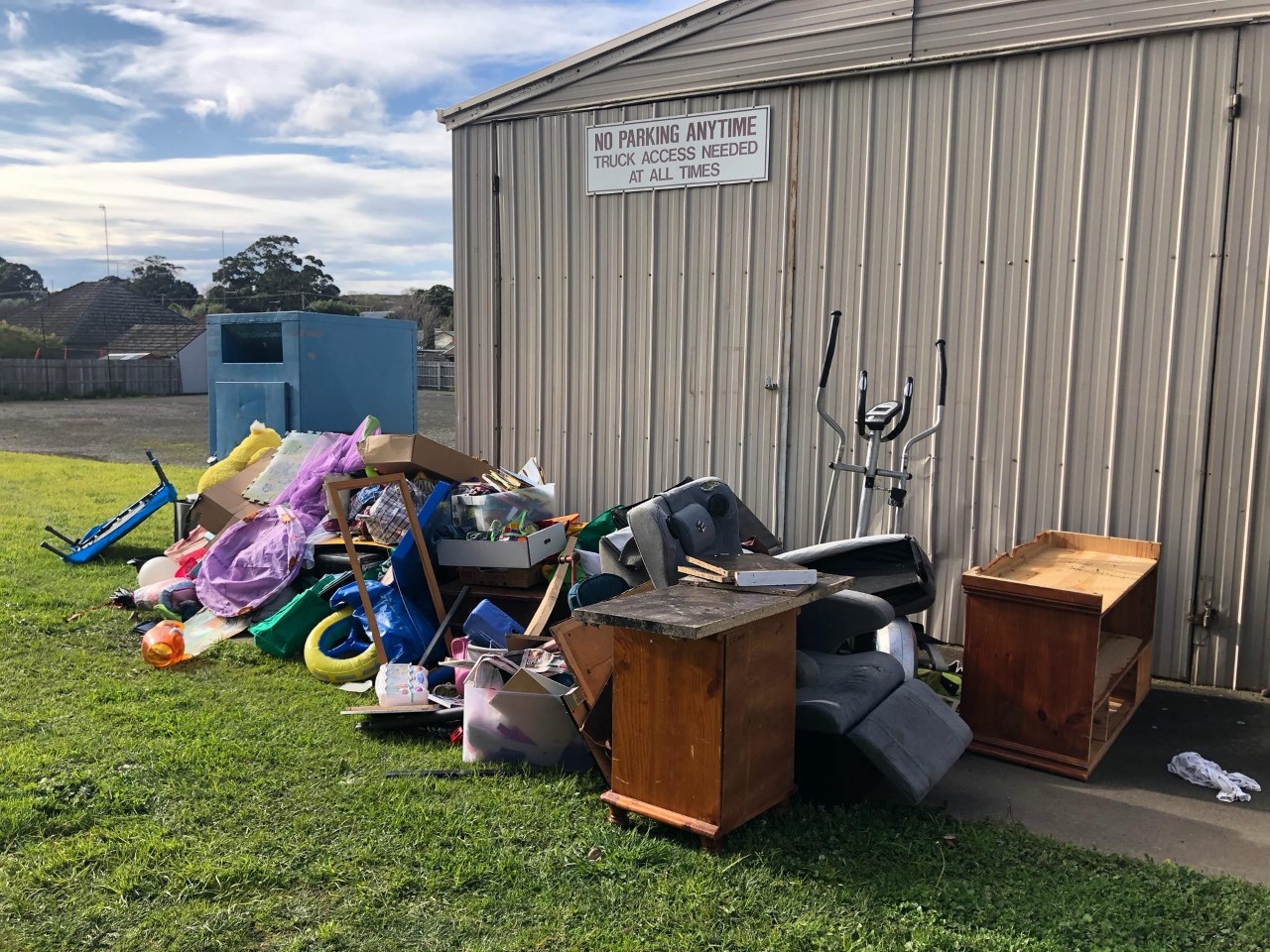 Volunteers at the St Luke’s Op Shop in Morwell have been left shattered today after discovering a truckload of rubbish dumped outside their shed.

It is the latest in a series of hammer blows for the Uniting Church, which temporarily closed the store on Princes Drive for a second time last week due to changes in coronavirus restrictions.

Spokesperson Martin Carruthers said the dumping of rubbish is a regular headache for the small band of volunteers, but the volume of this current load was unprecedented.

“There was broken gym equipment, broken down furniture, cabinets, a series of miscellaneous items and children’s toys which were dirty,” he told The Express today.

“We believe it is a truckload worth of rubbish, certainly too much for a tandem trailer.

“We’ve never had as much (rubbish) like this – it is just heartbreaking.”

Mr Carruthers said it is likely that the Uniting Church would need to book a private contractor to come and take the rubbish to the tip.

“We look like we’ll have to wear the cost of getting the rubbish by a private person to come in their truck and take it to the tip,” he said.

“It could cost hundreds, which is probably a week’s takings for the Op Shop.

“We use the funds raised by the Op Shop for the Church community primarily, but it is also there to help out people in need.

“The items are a fraction of the price you would normally pay.”

Mr Carruthers said the incident would be reported to the Morwell Police.