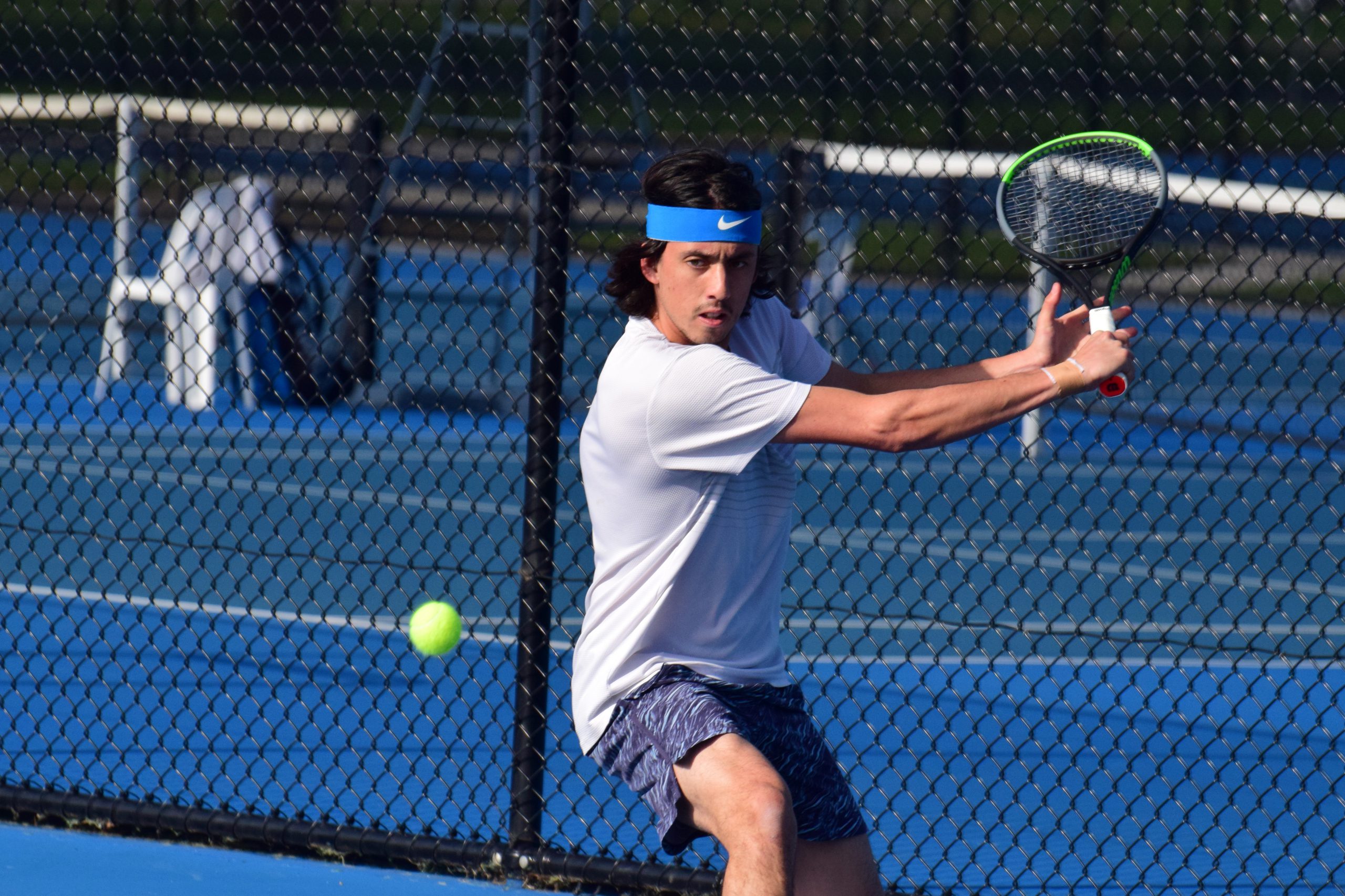 Charlton, fresh off a berth at UTR Pro 2 Series in Melbourne, burst out of the blocks in the opener and steamrolled his way through the Murrumbeena local to take the first set 6-1.

Tsoronis regrouped to take the second set 6-4 to even the ledger at one apiece, before sealing the title with a 10-3 win in the super tiebreak decider.

“It was very tough with the conditions because the balls were a bit heavy and it’s hard to put it through the court,” the 22-year-old said.

“Especially playing Josh (Charlton), he’s just so good at grinding and digging balls out and just playing good tennis, and I just managed to dig out a victory. It was a very tough day.

“I played really good in some areas and some areas not so good, but a lot of mental strength was there.

“I’ve still be training and managed to get some training done during lockdown, so it’s been fun.”

A raft of local talent hit the courts for the first tournament in months, including Traralgon’s own Ben Grumley (6), who staved off fellow Latrobe Valley resident Alan Valenzuela in the first round before succumbing to the eventual winner in the second.

Traralgon teen Sam McGregor was out-muscled in the first round, as was Longwarry product Darcy Nicholls, while Inverloch’s Jack Clements (4) made it as far as the second round before being downed by fifth seed Ted Williams in a tight two-setter.

“It’s been an incredibly strong event, we’ve probably been a little bit surprised at numbers, we thought it might be better but with all the postcodes in lockdown changes, that changed a lot of things,” Charlton said.

“We’re very happy, the weather couldn’t have been happier for the event and all the players a really happy to be playing.

“We really appreciate the support of Traralgon Serviced Apartments, without them … they came up with $3000 prize money, so this wouldn’t have gone ahead without their sponsorship.

“But at the end of the day it’s just exciting to be using tennis courts again.”

The women’s final was being played at the time of publication.