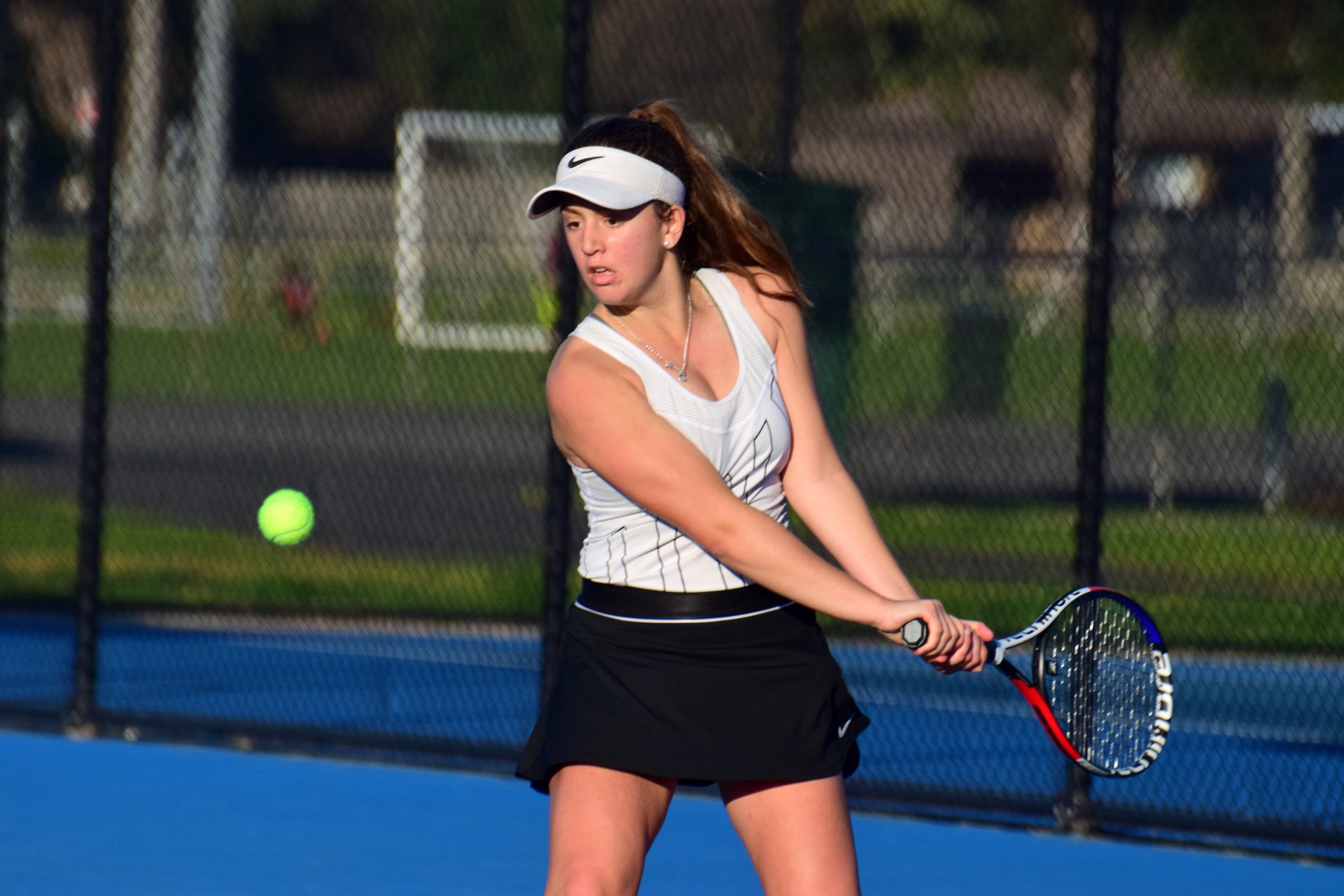 The 14-year-old dropped just one game on her way to claiming the first set before the number one seed returned fire and raced away to a double break lead.

On the ropes at 2-5 and facing the prospect of a super tiebreak decider, Chelsea clawed her way back into the second set, winning five consecutive games to take it 7-5 and clinch the match.

The victory was a confidence booster for the Lavalla Catholic College student, who put the lessons learnt from her last encounter with Antonopoulos into practice last Thursday night.

“The last time I played Kristen (Antonopoulos) it was close, but I knew I had to do a few things differently and cut down the angle because she’s really good like that,” Chelsea said.

“Last time she won 7-5, 6-2 and after the first set it was close, I just lot it mentally in that match so I knew I had to stay composed and keep fighting and make sure that if she got close I could fight back.

“She was making a lot of the play and directing it during the second set, so I tried to mix it up and keep it deep so she couldn’t attack.”

Chelsea made it through the round robin stages of the tournament without dropping a match and carried her fine form into the doubles where she finished second alongside partner, Sale product Jessica Board.

“I played everyone and luckily got through to the final and I was really happy with how I played,” Chelsea said.

With the COVID-19 pandemic throwing up unique challenges for athletes everywhere, Chelsea has been forced to train away from Traralgon with her older brother taking on the role as hitting partner.

“My aunty has moved to Queensland so we’ve been using the tennis court at their house in Churchill a lot and we’ve got a holiday house in Metung which has a tennis court as well,” Chelsea said.

“So from there to Churchill I’ve still been training a lot, so it’s been really good.”