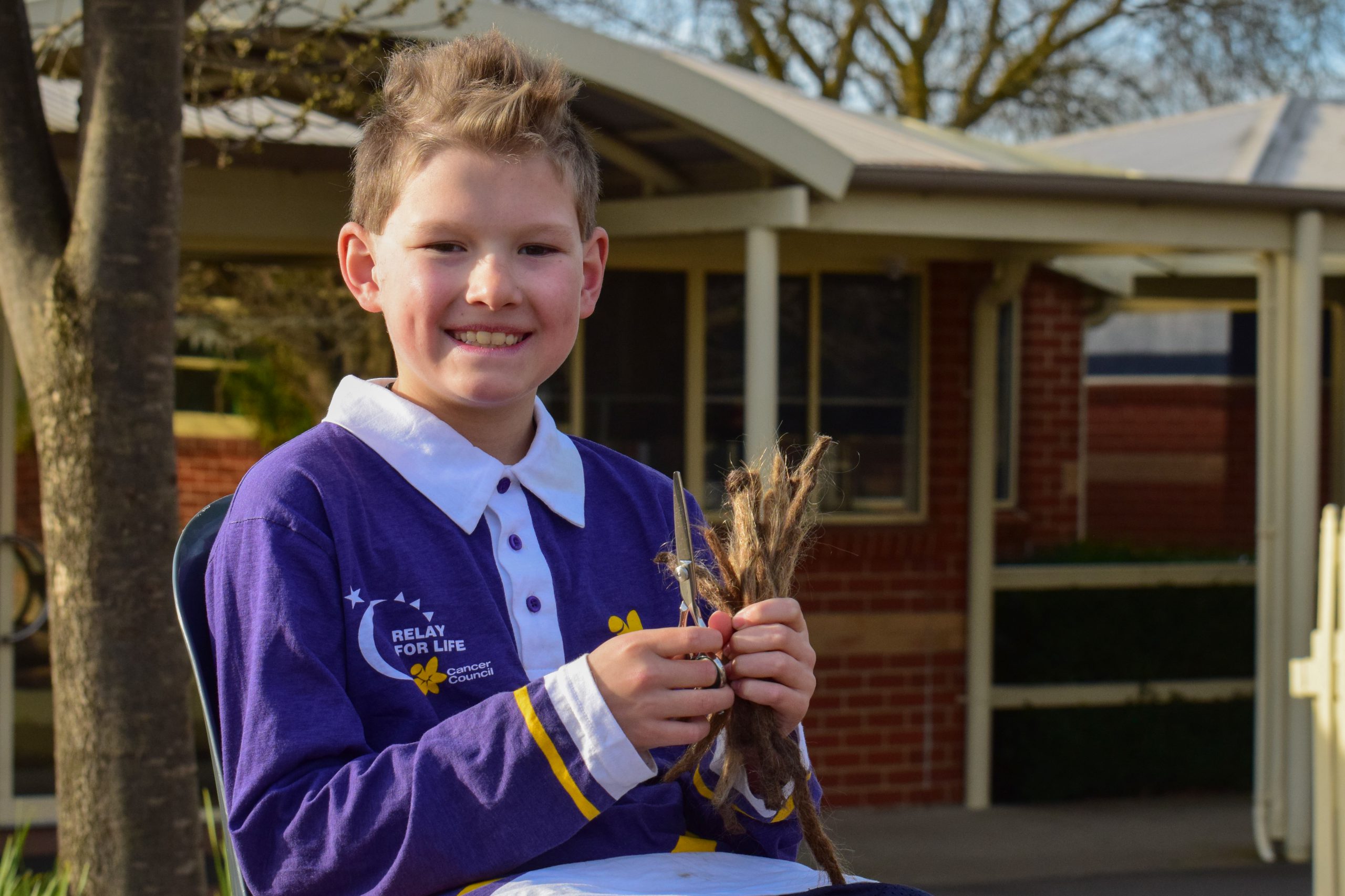 A brave yet nervous 10-year-old from Traralgon has chopped off his dreadlocks last week to raise money for a good cause.

The event marked the end of eight weeks of fundraising where Dean raised $4058 for Cancer Council Australia.

He made the choice to chop off his locks after expressing his desire to support fellow youngsters who are battling the disease.

“I don’t think it’s really fair that kids don’t get to play what we get to play, like soccer and football, they’re just stuck in hospital,” Dean told The Express.

This wasn’t the first time Dean has participated in an event raising awareness about life threatening conditions.

“I have done the Ice Bucket Challenge, I have done Relay for Life and I wanted to do something else,” Dean said.

Dean’s initial aim was to raise $3000, a figure his mum Kelly thought was out of reach.

“He actually said to me he wanted to raise $3000 but I said ‘why don’t we make it a little more realistic and make it $1000’, but he has absolutely smashed it,” Ms Read said.

Dean’s mum and dad expressed pride at their son embarking on the fundraising initiative.

“I’m sad to see the dreads go, but he decided he wanted to do it,” Ms Read said.

With this challenge behind him, Dean already has one eye on a potential next fundraising assignment.

“I might grow my hair really long and then I might do it again, maybe I’ll cut my hair in high school,” he said.