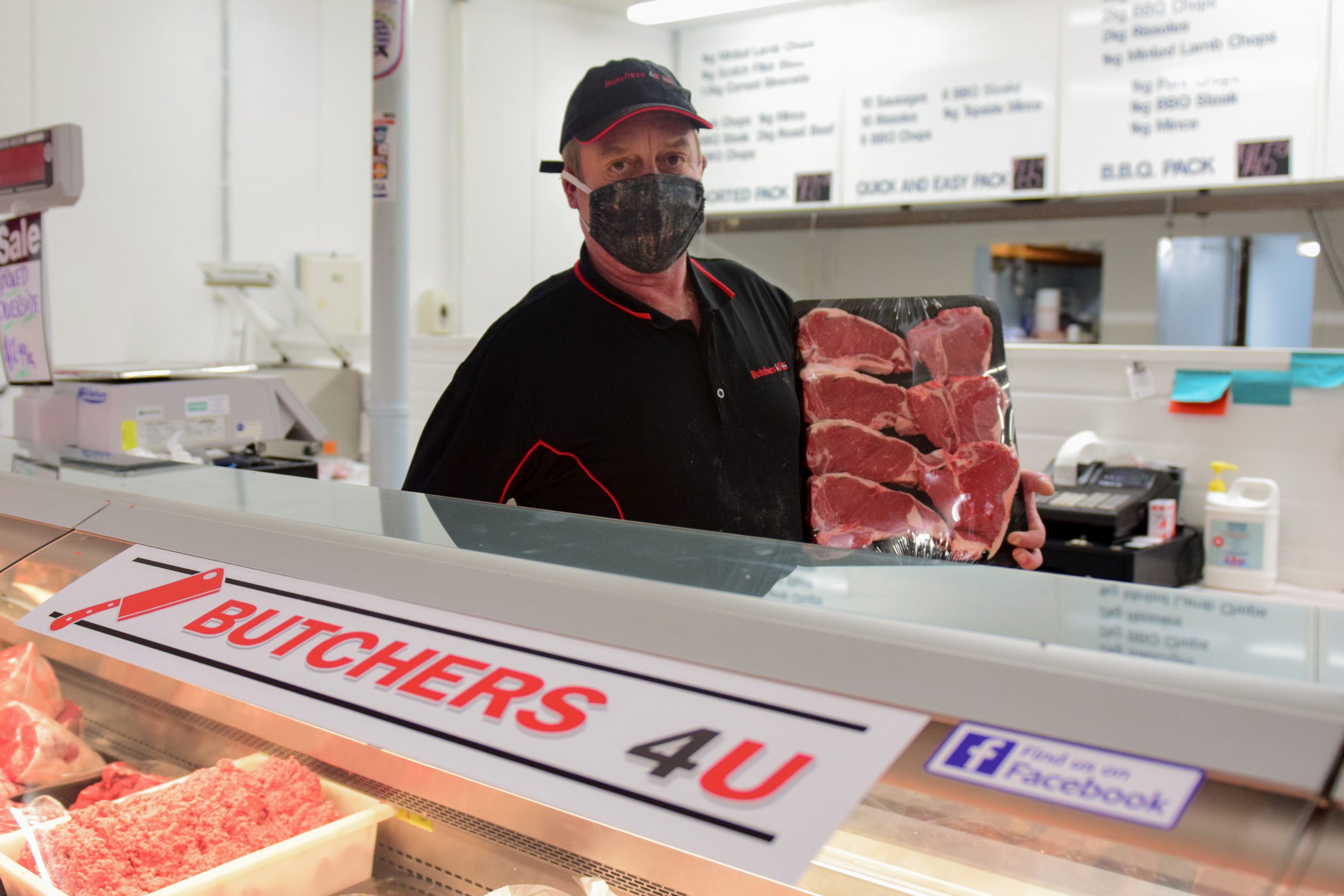 Local butchers have assured customers that supply will meet demand as people stock up on meat in response to the state government’s recently announced workforce restrictions on the meat industry.

Premier Daniel Andrews ordered Victorian abattoirs to cut their workforces by one-third and poultry processors to run at 80 per cent capacity to mitigate COVID-19 outbreaks at certain facilities.

It comes as some locals reported empty meat shelves at major supermarkets, with people flocking to buy in bulk amid fears of shortages.

Mr Rutter said his business was booming last week, but less people were panic buying this time around compared to the first lot of Stage 3 restrictions in March.

“I have had no warnings from our abattoir that there will be shortages, I think things have been overplayed,” Mr Rutter said.

“As long as people don’t go silly there will be plenty for everyone.”

Yinnar Butcher Brett Ciantar said there had “definitely” been more demand since the government announcement, but he was still “travelling OK”.

However, he did not rule out imposing purchasing limits if things got out of hand to ensure there would be enough for local customers.

“If everyone keeps to their normal purchases, there will be enough. It’s mainly been our regulars coming in with some new people remembering we are here, we got hit hard the last time,” he said.

“I would refuse orders from out-of-towners as I don’t want to let our regular customers run out.”

Mr Young said smaller butchers can get their produce “straight from the boning room” to the shelf, without having to rely on the logistics that the larger supermarkets deal with.

“We didn’t sell out, we kept up with demand. We are telling our customers that we can supply them as long as we can get the time to process the meat,” he said.

Butchers 4U butcher David Lewis said suppliers have been honest with the business and can source the meat required.

“We have been flat out here, we were really busy last time we had restrictions but I think this time we were more prepared for it … we have really stocked up here,” he said.

“We are ready for the people of the Latrobe Valley to come and shop here, we won’t be running out of stock anytime soon.

“It’s just one of those things, it’s a shame that it has happened again, but there is not much you can do … I just hope that everyone does the right thing and doesn’t get stressed, there will be plenty here for everybody.”