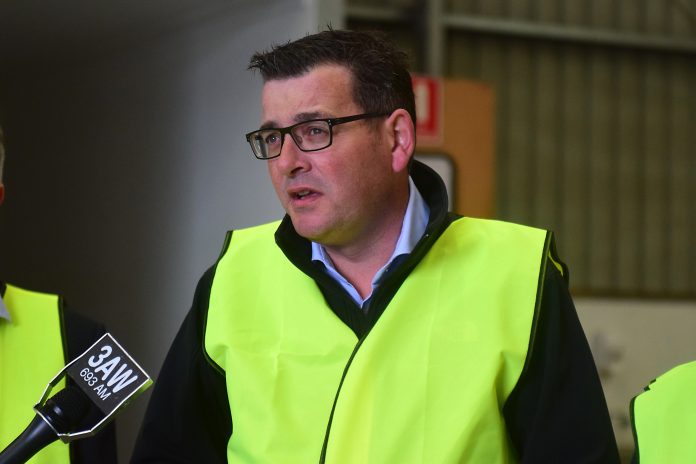 Premier Daniel Andrews has forecast that regional Victoria could take two steps towards COVID normal as early as next Wednesday.

As of today, there are 74 active cases of coronavirus in regional Victoria, with an average daily increase of 4.7.

“I want regional Victoria to take not just one step, but if the numbers allow, two steps,” Mr Andrews said today.

“We’re doing a power of work at the moment to be ready for that.

“That can occur next week.”

Looking at regional Victoria, Colac has 33 active cases, while there are 12 in Latrobe City and 10 in Geelong.

Mr Andrews said there was cause for optimism throughout regional parts of the state, especially in the areas of contract tracing.

“What’s happened in regional Victoria is proof positive that this strategy can work, is working and will continue to work,” he said.

For regional Victoria, some restrictions will ease on Sunday, as the second stage of the roadmap released by the Premier last week rolls out.

“We will have more to say next week about some changes, and even some further measures to make sure that the Melbourne/regional Victoria border is as hard as it can be,” he said.

“The priority will be making sure we don’t have people from metro Melbourne travelling to regional Victoria and potentially taking the virus with them.”