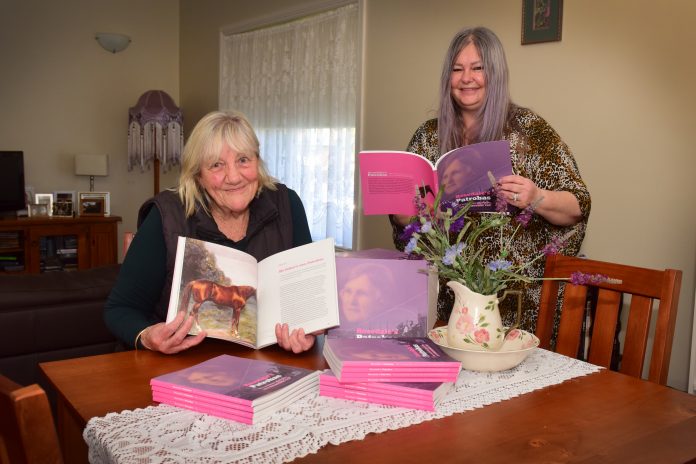 The story of Gippsland’s only Melbourne Cup champion has been wonderfully told in a new book.

Titled Rosedale’s Patrobas: The remarkable story of the 1915 Melbourne Cup, the 116-page book goes beyond the on-track deeds of a special racehorse.

Owned by Edith Widdis, Patrobas overcame a moderate start to his career, including being beaten in a two-horse race at Rosedale, before reaching magnificent heights under the guidance of trainer Charlie Wheeler.

Determination was one of the major themes in the Patrobas story and why more than a century after he won the race that stops the nation, his story has now been told in book form.

“Margaret and Dawn were driven to get the Patrobas story out there,” Ms Shaw said.

“There was all this history, a fantastic story that needed to be told, so we formed the Patrobas book work group that consisted of myself, Dawn and Margaret.

“We came up with a plan of action because there were bags and boxes of history, but who we needed to speak to in regards to getting the book put together and financing it.”

To that end, the project received support from the John Leslie Foundation.

Mr Leslie, who passed away in 2016, was the grandson of Mrs Widdis and a passionate historian.

To see the Patrobas story in print means a great deal to Ms O’Connell, who was the driving force behind the statue of the 1915 Melbourne Cup champion being built in Rosedale.

“I could not believe there was a significant figure in Rosedale’s history and very few knew the story of Patrobas,” she said.

“When Michelle Payne became the first female jockey to win the Melbourne Cup in 2015, it was 100 years after Patrobas, who was the first horse with a female owner to win the Cup.

“You know Mrs Widdis had to push her way through the crowds after the Melbourne Cup win because nobody believed that she was the owner.

“That was the catalyst to get the book put together and now it is here, there’s a sense of pride – it has been like waiting for a baby to be born.”

But sadly, the book’s release has been bittersweet as Ms O’Connell explained.

“Sadly Margaret passed away (on September 11),” she said.

“She was determined to get the book out and was here to see it.”

“Jo turned all our research, the bags of it, the history into something fabulous,” she said.

“Jo fell in love with the story herself and it shows in the book.

“The comments I’ve received so far is that the book is well-researched and well-written, and the passion of the author shines through.”

The book includes a foreword from Andrew Widdis, the great grandson of Mrs Widdis.