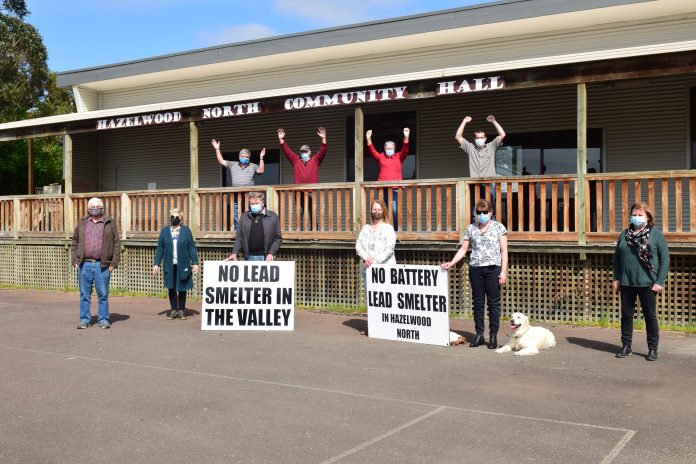 “We are absolutely delighted, this is terrific, a great outcome,” Mr Tegart said.

“We are very pleased where council landed on this, it certainly reinforced that the Latrobe Valley remains strong, resilient and galvanised.”

Latrobe City received 123 submissions into an application from Chunxing to build the plant on Fourth Road, and councillors sat for hours on Thursday night hearing a range of opposition.

Most objectors held fears over potential lead contamination, a lack of industry oversight, risks to nearby agriculture and the close proximity of residents and a local primary school.

“We saw such a wide spread of perspectives – not just from the action group – the community has engaged, this is great for democracy. The community has put this under scrutiny,” Mr Tegart said.

“The council’s decision flags that Chunxing has not earned a social licence and how important this is. Don’t take the community for granted.”

However, Mr Tegart understood the battle was not yet over as Chunxing still had the chance to overturn Latrobe City’s decision at the Victorian Civil Appeals Tribunal.

“The action group is interested in how this will unfold from here, we will maintain a watch and act in this space, but VCAT is a separate contest yet to be had,” Mr Tegart said.

He was also buoyed by the fact the issue also raised the community’s awareness of lead in general, and how existing regulations could be strengthened.

“This has led to a broader conversation about what do people see as the right balance of industry and future development in the Valley, what do they really want?” Mr Tegart said.

“We were always asking for the best possible outcome for safety. People said there were too many risks and they were pretty vocal that this was not something they wanted.”