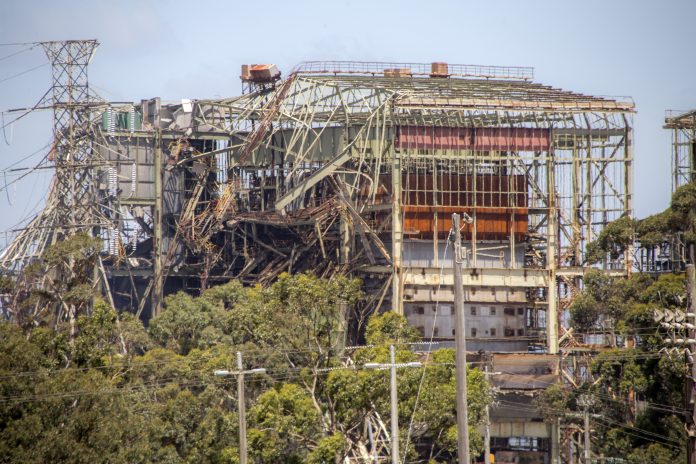 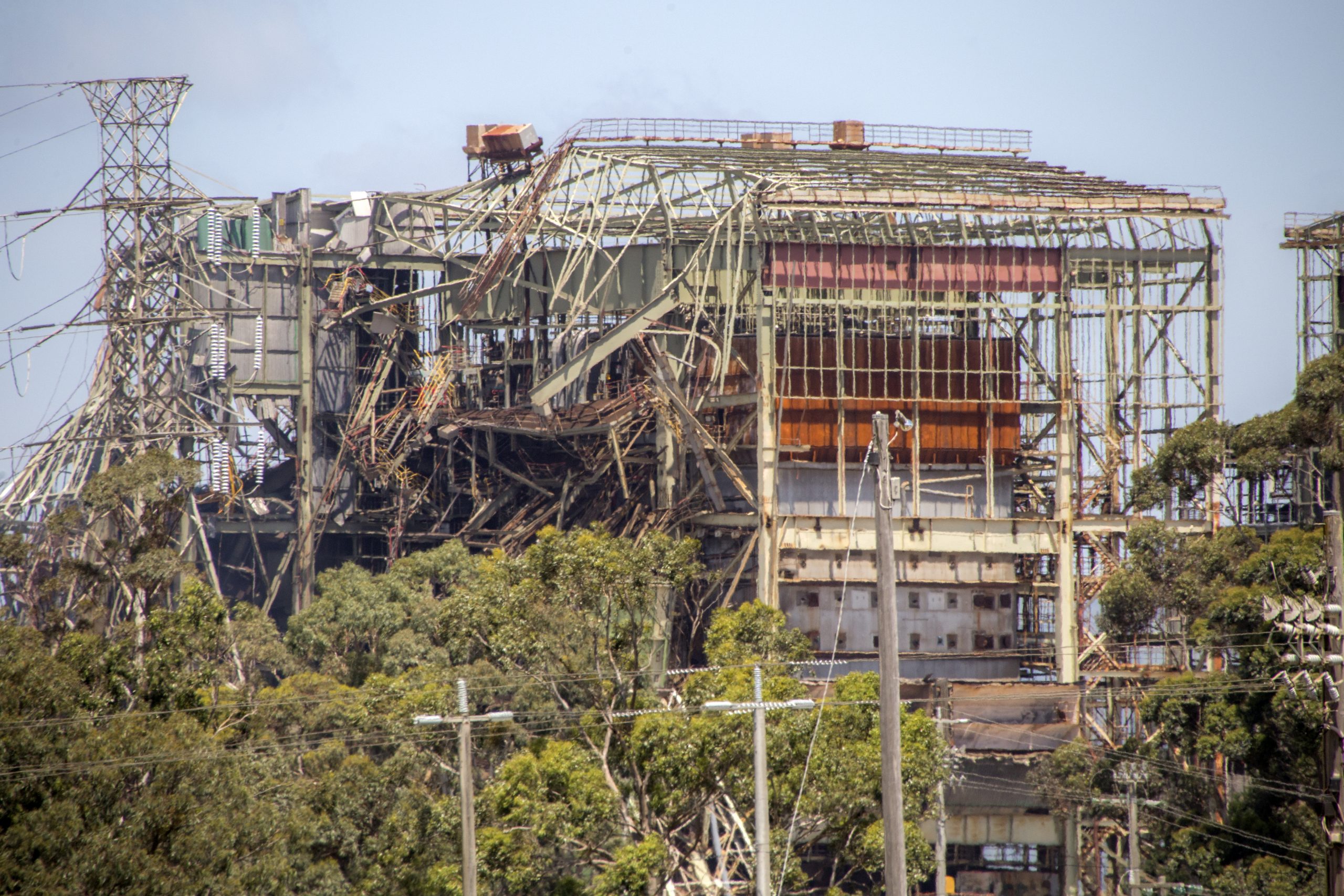 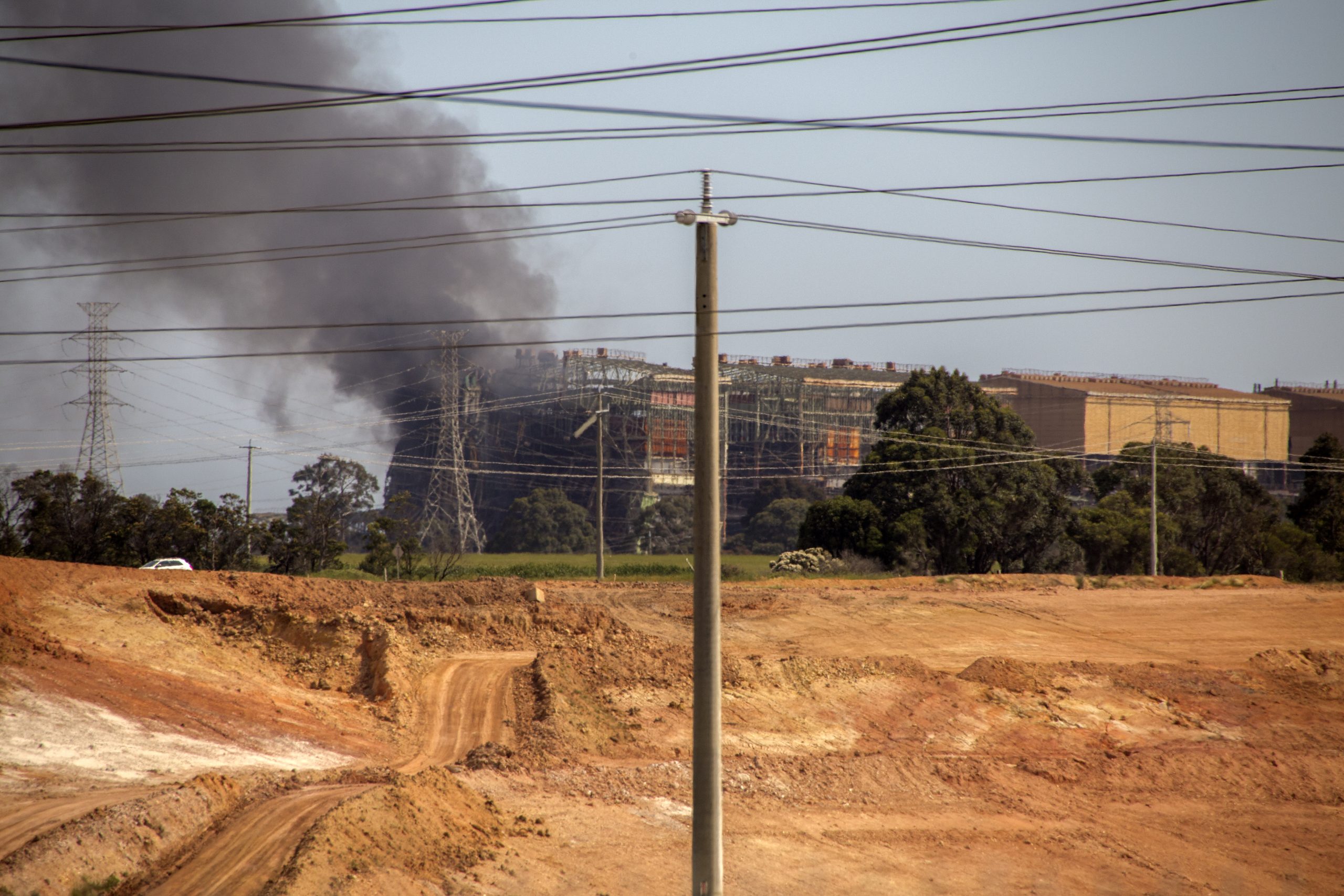 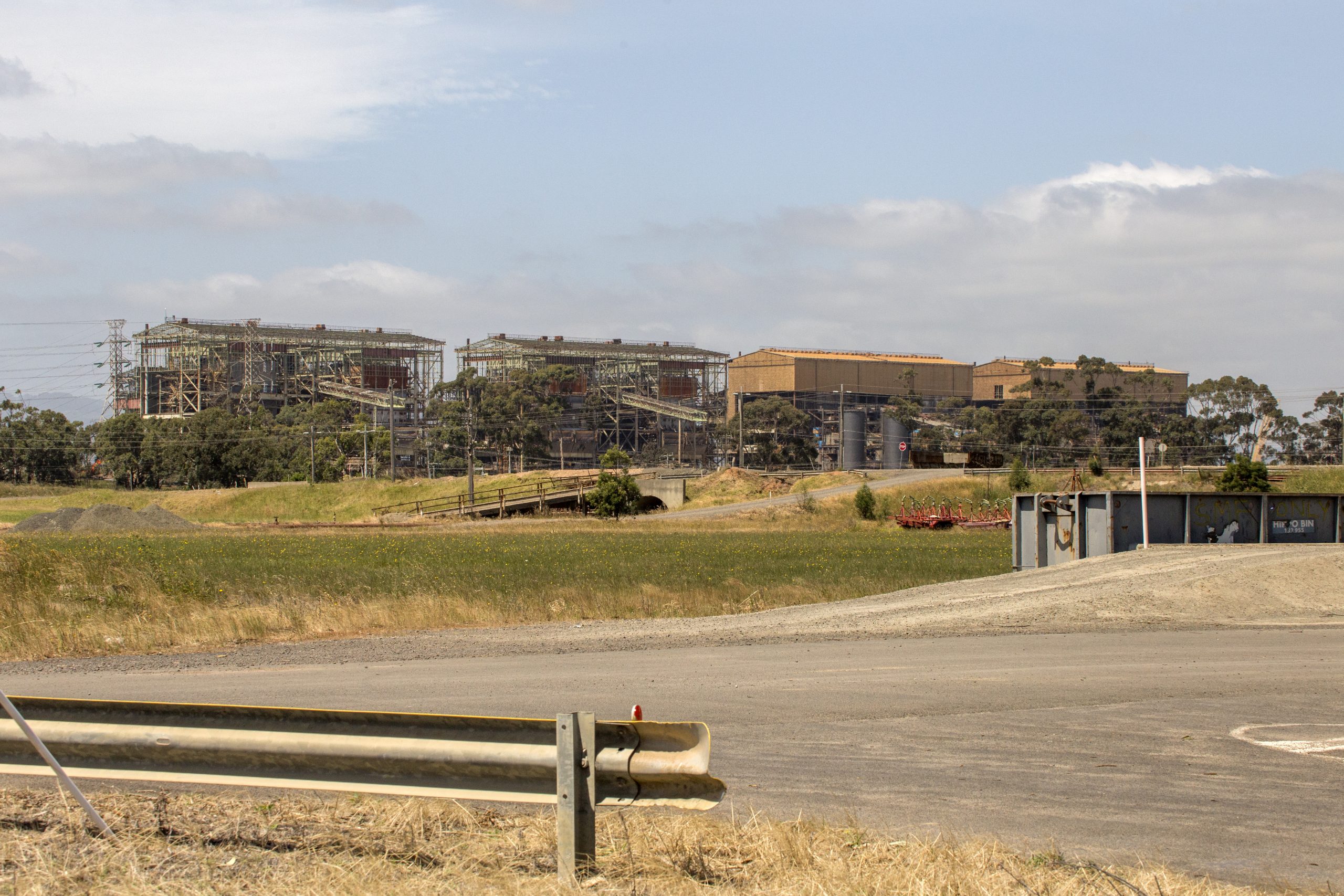 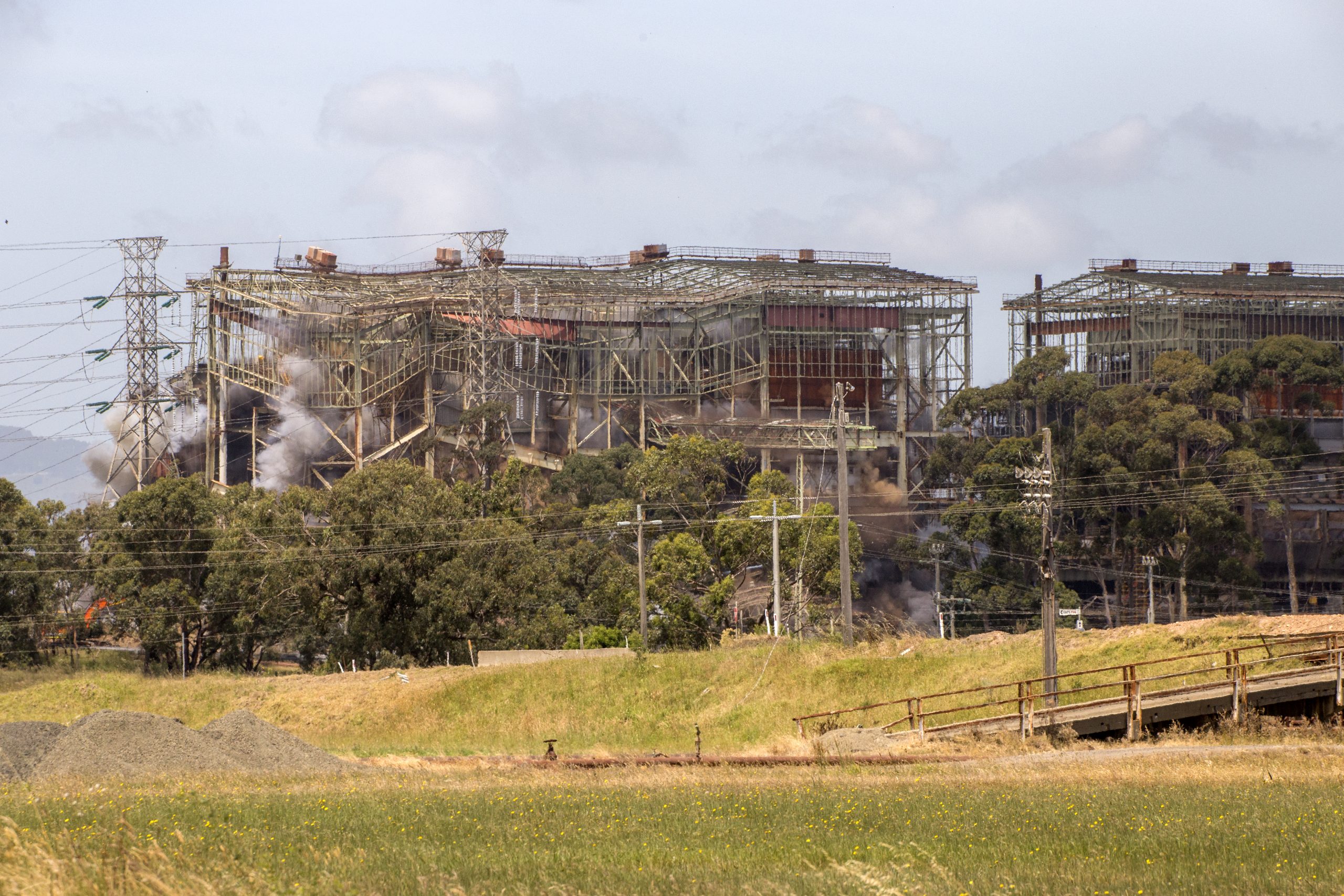 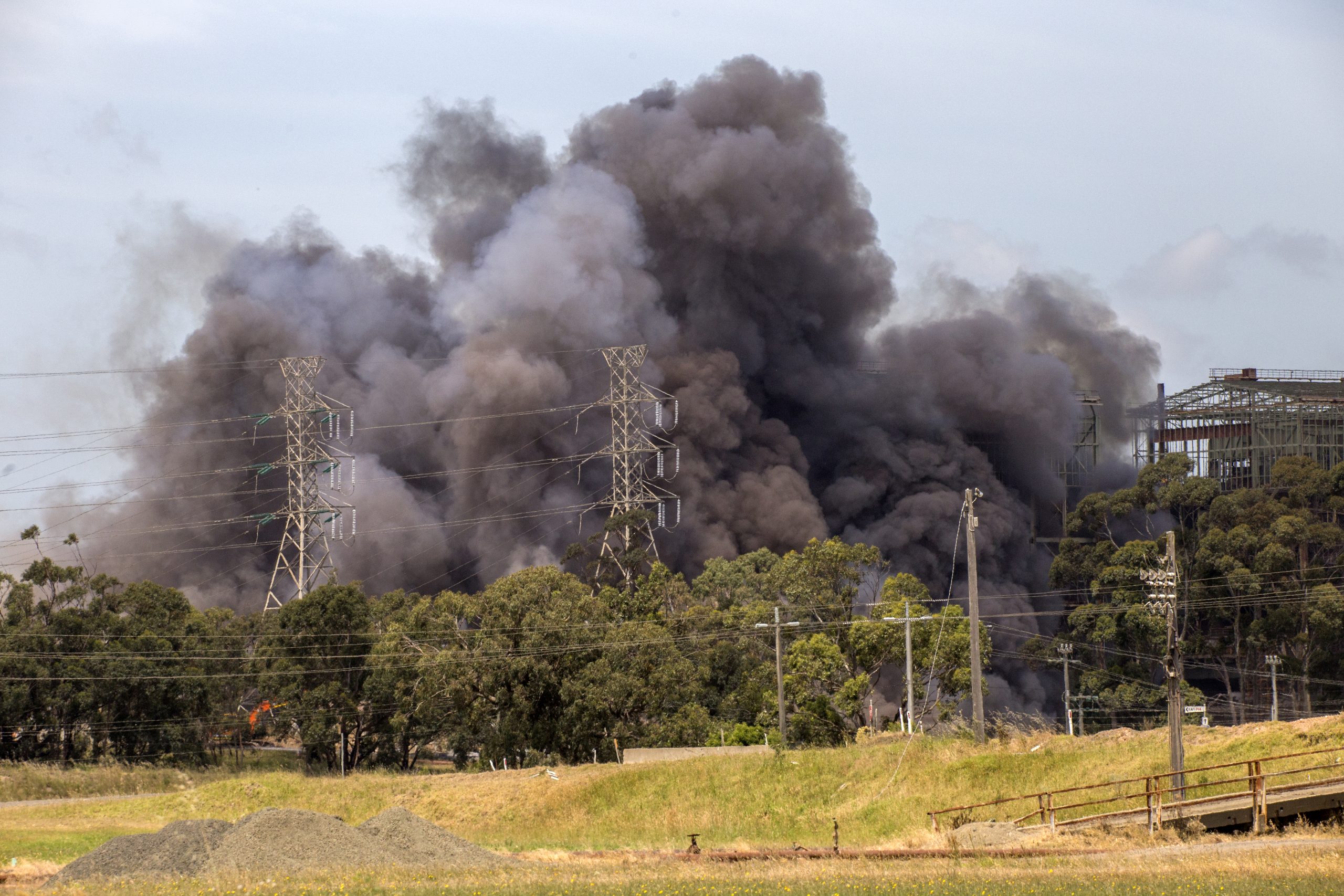 THE planned Hazelwood boiler house demolition did not go “quite as planned” when explosives misfired and only half of the structure collapsed.

The former Hazelwood Power Station’s boiler house four was supposed to have been demolished when an explosion was set off at about 12.30 this afternoon.

However, a misfire occurred and half of the structure was left standing after the blast, resulting in a thick, black cloud of dust that dissipated over the eastern overburden dump.

A small fire broke out a couple of hours after the explosion when thermal imaging drones detected a hotspot high up in the remaining structure.

ENGIE stakeholder engagement spokesman Ian Needham said Fire Rescue Victoria had taken control of the area, and it was believed the fire was caused by coal dust and rubber.

“There was no great danger. There was a fair bit of smoke but that has subsided,” Mr Needham said.

Hazelwood Rehabilitation Project demolition contractor Delta Group was investigating the collapse to understand what had happened.

Mr Needham said a 700-metre exclusion zone would remain while the investigation took place, and would provide more information as it came to hand.

“It was meant to be demolished, but it hasn’t quite worked.,” Mr Needham said.

“We are now looking at the safest and most appropriate response, working with emergency personnel across the site. Safety remains the number one priority.

“The good news is, there were no injuries or other issues with health and safety, no workers or members of the public were injured and there is no threat or risk to the local community.”

The 20,000 tonne boiler house was built in the late 1960s, it contained two units and was used to create steam to drive turbines to generate electricity.

Mr Needham said dust monitoring equipment was also in place to ensure the dust plume remained within the mine licence area after the blast.

“These were boilers and coal bunkers for burning coal, a part of the boiler house system. So it’s not surprising there was some coal dust and that sort of cloud colour in there,” he said.

“There was a lot of work being done on the right meteorological conditions to make sure the wind was coming from the right direction and a part of that was attenuation of noise.”

ENGIE had been planning to demolish boiler house three later this year, and the remaining two boiler houses next year.