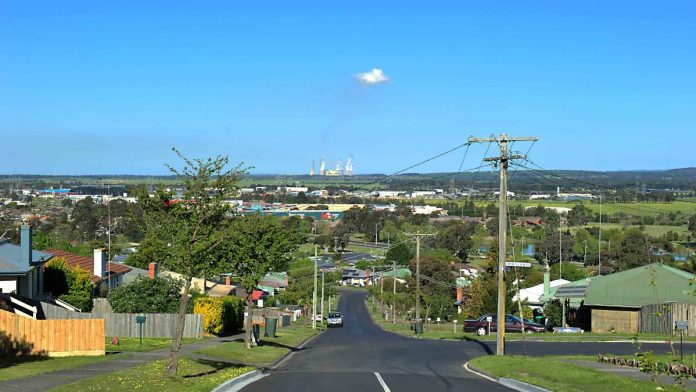 A study measuring the volume of asbestos in residential dwellings across three local government areas in Gippsland, the first of its kind developed in Australia, has found that 80 per cent of homes built in the Latrobe Valley prior to 1990 were likely to contain the cancer-causing substance.

When totalled, the average number of homes containing asbestos across the three local government areas was 74 per cent or close to three in four homes.

The taskforce, headed by Latrobe Health Advocate Jane Anderson, also revealed that asbestos presence in the Valley was “significantly higher” than the national average of one in three homes.

“This kind of measurement has never been done before in Australia,” Ms Anderson told The Express.

Using a wide variety of data including those from the Australian Bureau of Statistics, the taskforce initiated the project “to determine if a model could be developed to estimate the volume of legacy asbestos remaining in the residential built environment that would provide region-specific results”.

“The findings reveal a total of 3,119,599m of asbestos-containing materials (ACMs) across the Shire of Baw Baw (674,880m), the City of Latrobe (1,472,407m) and the Shire of Wellington (972,312m). The amount of ACMs remaining in the residential built environment is estimated at 18m per capita, with 74 per cent homes containing asbestos,” the report said.

The study found that most of the asbestos was located in wet areas and internal lining and in eaves.

Ms Anderson said the report aimed to raise awareness in communities where exposure to asbestos was high.

“The aim of the report is to educate and raise awareness, especially in communities where we now know the likelihood of exposure is high given the high incidence of asbestos in buildings across the region,” she told The Express.

Ms Anderson said when not detected, asbestos could pose a huge risk to home renovators and among people living in older properties with maintenance issues.

“This risk increases when householders are not aware of the dangers involved,” she said.

“It is important to remember that if left undisturbed and in good condition, the asbestos poses minimal risk to people living in houses that contain (the substance).”

Ms Anderson warned that people doing DIY projects in their homes may be putting themselves at risk of asbestos exposure if they were unaware of its presence.

The taskforce, which was commissioned by the state government last year to undertake a review into how asbestos is managed in the Latrobe Valley, came up with four recommendations to address the need to reduce asbestos exposure within the community.

They recommended the following: removal of asbestos to be only permitted on residential properties in prescribed circumstances, notice of intent to undertake demolition work to be made compulsory, provision of an asbestos status certificate or report to be required prior to the sale or rental of residential property built before 1990 and mandatory asbestos awareness training for specified occupations.

Asbestos Council Victoria chief executive officer/GARDS secretary Vicki Hamilton said the results of the report was “concerning” although she was not “totally surprised”.

“It could be higher than that, who knows,” she said.

Ms Hamilton, who has been involved in raising awareness of asbestos for the last 20 years, hoped that a similar study would be done across Australia to manage the risk of exposure.

Results of the report and the taskforce’s recommendations are accessible via this link www.asbestostaskforce.net/publications