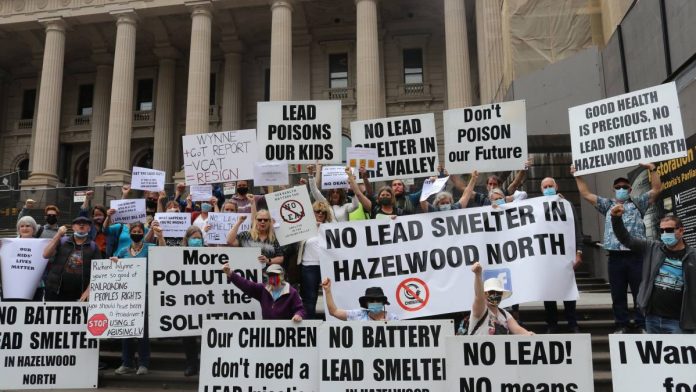 Nationals Member for Eastern Victoria Melina Bath has tabled a Parliamentary petition calling on the Planning Minister to reverse his decision to approve the Hazelwood North battery recycling plant.

The Parliamentary petition had gained 2355 signatures since it was launched in January and was tabled on Tuesday. It will now be re-opened to attract more signatures.

It comes as opponents to the project have kicked off a community fundraising campaign to seek advice from a Queen’s Counsel to look at any legal avenues to stop the plant from going ahead.

Ms Bath said the community was determined to use all avenues to continue to pressuring the state government to reverse its decision on approving the lead acid battery recycling plant.

“Residents are highly concerned the ULAB recycling facility presents an unacceptable environmental risk, and by calling in the project, the Minister has run roughshod over due process,” Ms Bath said.

“Latrobe Valley residents have been left feeling abandoned and let down.”

Planning Minister Richard Wynne had stepped in to approve the planning application after it was rejected by Latrobe City Council last year, and was awaiting an upcoming VCAT hearing in April.

Ms Bath said she had also called on the state government to conduct an independent Environmental Effects Statements into the project.

“The Minister’s decision must be reversed, an independent EES undertaken and the community provided the opportunity to voice their concerns,” Ms Bath said.

Meanwhile, community group ALiVe started a fundraiser on Tuesday to raise $20,000 to engage a QC to advise them on the likelihood stopping the project in the courts.

Ms Jones said the group had spoken to a Melbourne-based solicitor who advised them to seek “urgent QC legal counsel”.

“We are fundraising to get this advice, and once we get it we can go back to the community with an informed decision,” Ms Jones said.

“The community is carrying this, so we need to know what are the risks, the likelihood of success and any legal precedents. This is a facilitation with the community to see what our options are.”

Latrobe City Council decided not to go ahead with a judicial review into the ministerial approval at a closed council meeting last month, but is continuing to oppose the project.

Latrobe City was unable to state the reasons why it went ahead with its decision not to support the review under the Local Government Act.

“I think there is a lot of anger and frustration in the community as there are a lot of other Victorian councils fighting in court for their communities,” she said.

“Why did Latrobe feel they could not do this for ours?” she said.

The state government approved the plant on the recommendation of a Development Facilitation Program after the project gained an EPA Works Approval.

The government stated the project was “shovel ready”, was consistent with relevant planning policy, and would provide an economic stimulus to the Latrobe Valley by recycling waste materials.