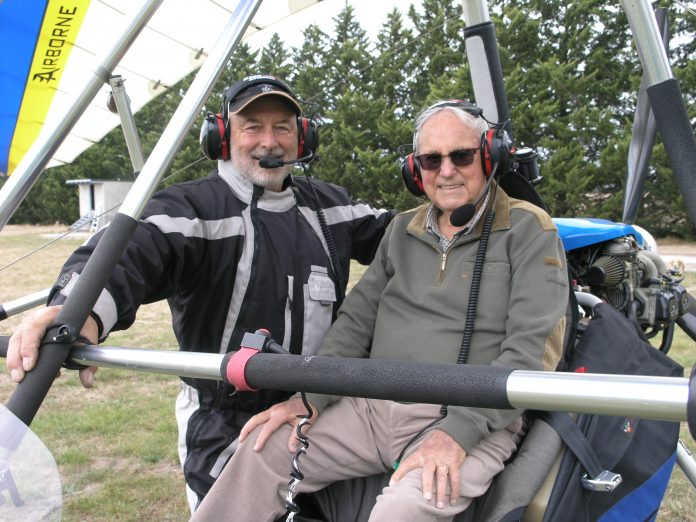 THOSE who associate aviation with a complex degree of aerodynamics and years of training and education might be surprised to find out that in some cases flying a plane is just as easy as driving a car.

Microlight aircraft offer the chance for those interested in flying on a recreational basis the chance to get up in the air.

“The health standard for flying is if you hold a driver license you can have a pilot’s certificate to fly recreational aircraft. I would suggest it is no more difficult to learn to fly than to drive a vehicle,” he said.

“The actual mechanics of flying microlights are very simple and very safe. Pretty much anyone with some motor skills can learn to fly a microlight.”

While this might sound too unbelievable to be true, the microlight aircraft that belong in the almost entry level category are known as an autogyro.

An autogyro looks similar to a helicopter, and have become a popular choice for aviation enthusiasts.

“If a helicopter loses power they turn into an autogyro,” Mr White explained.

“Autogyros are pushed through the air by a propeller and that pushing motion spins the rotor to generate lift.”

Those familiar with the television series The Simpsons might remember a particular episode where Mr Burns make reference to an autogyro, asking the squeaky voiced teen at the post office “am I too late for the 4.30 autogyro?”

Due to their compact size, autogyros can land in any number of spaces, and can reach heights of up to 10,000 feet.

Another attraction is that the aircraft simply runs on unleaded fuel, and uses only 10 litres of fuel for every hour.

The activity is not confined to any particular age, as 91-year-old Gavin Dykes proved recently as a happy passenger on a flight.

The sprightly Dykes climbed aboard the elevated seat with no problems, and showed himself to be some 20 years younger than his actual age.

“It’s always a bit of an unknown when you take someone up, particularly at that age you wonder how are they going to travel, but within 20 seconds he was laughing in the back,” he said.

“He had been around the area a long time as well so it was like having a history lesson in the back.”

Those interested in learning more about microlight aircraft or to book in for an introductory flight can phone Geoff White at DTK Microlights on 0437 073 400.