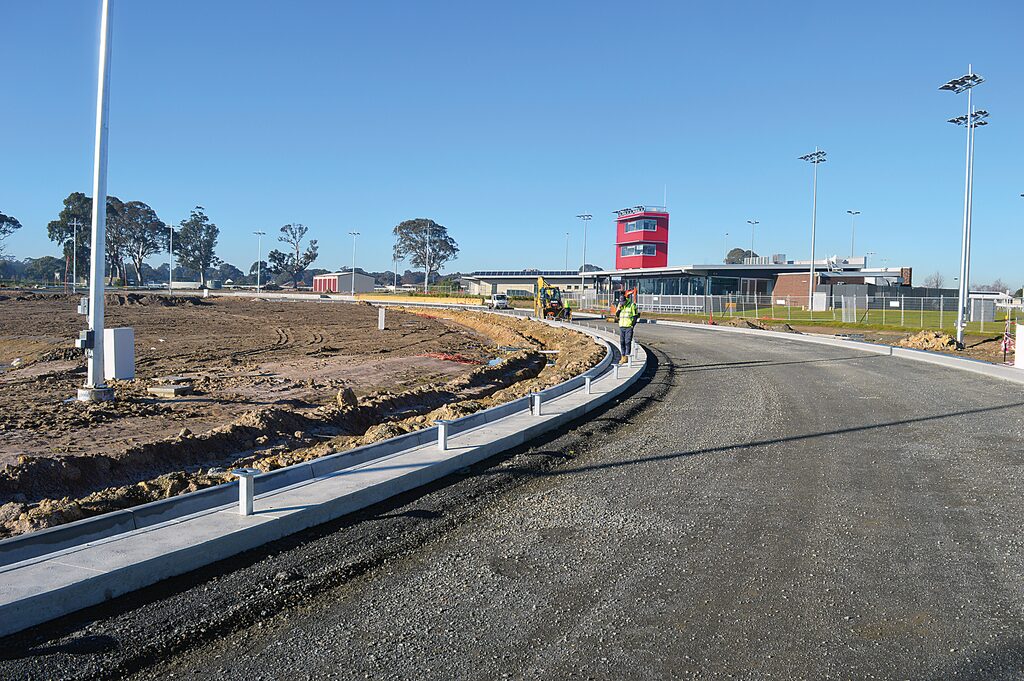 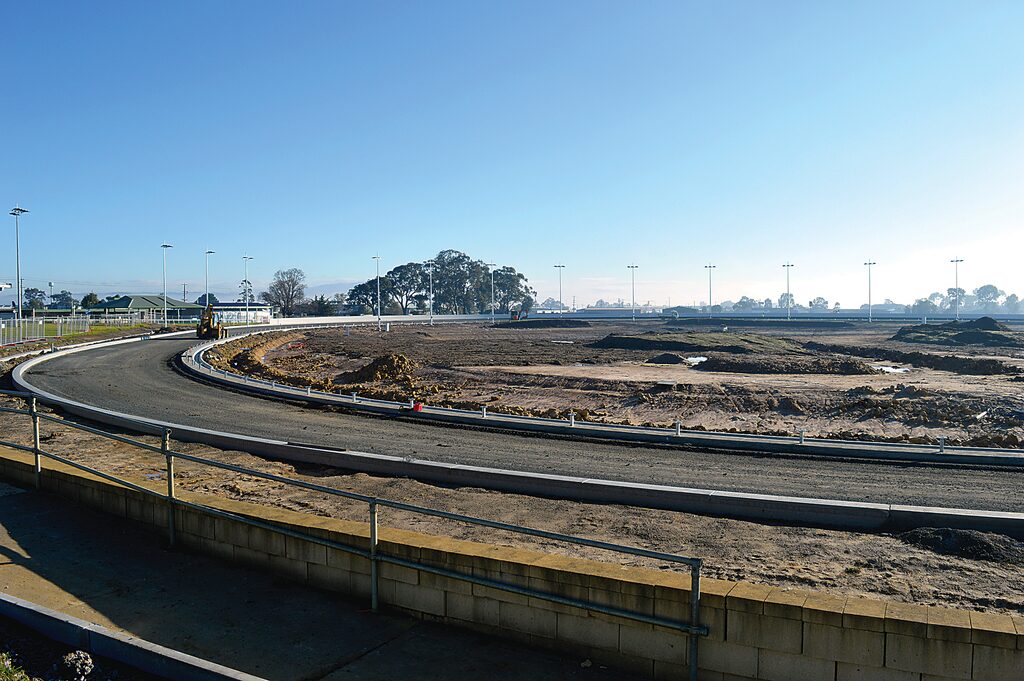 Works on the new Traralgon greyhound track received a major boost this week, with the state government investing $3 million into the project.

The new facility will feature a world first “J-Curve” track design, inspired by research from the University of Technology Sydney into risk management and stress reduction on greyhounds, and is set to attract marquee racing meetings to the Latrobe Valley.

“We are really grateful, we are really excited that this funding from the state government can push the project forward and make it a complete greyhound track with all the bells and whistles that are required to make it a really great venue,” he told The Express.

Mr Clarke said the extra funding will allow the facility to develop its community engagement aspects.

“It (the funding) allows Greyhound Racing Victoria (GRV) and the club here to extend the facilities, for instance we will be looking to include a very large electronic video-board which we will give back to the community as an outdoor cinema, where user groups can come and hold fundraising events,” he said.

“From a racing point of view, the new video-board, makes it much more of a spectacle for the fans and the funding allows the people building to include absolutely everything such as moveable cameras and the technology required to make it completely state of the art.”

When it came to the track design, he described the process of coming up with the unique “J-Curve” and the reasons why they chose to utilise the new initiative.

“We traditionally have an oval shaped track here, but GRV from an animal welfare perspective conduct studies and they showed that perhaps a one turn track was the way to go and because of that we headed down that route,” he said.

“Through engaging researchers from the University of Technology Sydney, this track was designed with safety in mind to try and get cleaner racing with no interference which led to having a longer front straight to allow the dogs to sort themselves out before they get to the corner – minimising the risk of injury.”

A world first: The J-Curve track at the Traralgon Greyhound Club is an initiative to help reduce the stress on dogs. photograph zac standish

“It (the track) is one of a kind in the world so we would expect it to be used extensively given it has been designed for animal welfare purpose, so my expectation is GRV gives us as many race meetings as we can manage,” he said.

“I think it will have a really positive effect on greyhound racing as it is a facility that can be used by local trainers, which there a number of, while we also hope to attract the country’s biggest names with one of Australia’s leading trainers Jason Thompson already walking the track and saying he will bring all of his dogs here.”

As the official opening gets closer, Mr Clarke gave an update on the renovation process and how everything is tracking.

“It has been a flawless process so far, the boys from Shaw Constructions have done an excellent job and previously built the Warragul track which is considered one of the best in the state and probably the most utilised in the world, and we are at about 60 per cent completion,” he said.

“The expectation is we will be trialling greyhounds for a period on the track in September and racing in late October, and we have a few hidden things up our sleeves in terms of extending the grandstand to include a nice long sun deck.”

He also said there are some exciting plans in the works when it comes to the Traralgon Cup day in January.

“We are currently negotiating with Latrobe City to include some nice surprises when it comes to the cup on Australia Day, with some bigger music acts and potentially combining for one big event with the council,” he said.

“There could be anywhere between 6000 to 8000 people here on that day and we really want to promote to the community that this facility is not just here for greyhound racing, we want to make it into an events centre for the community.”