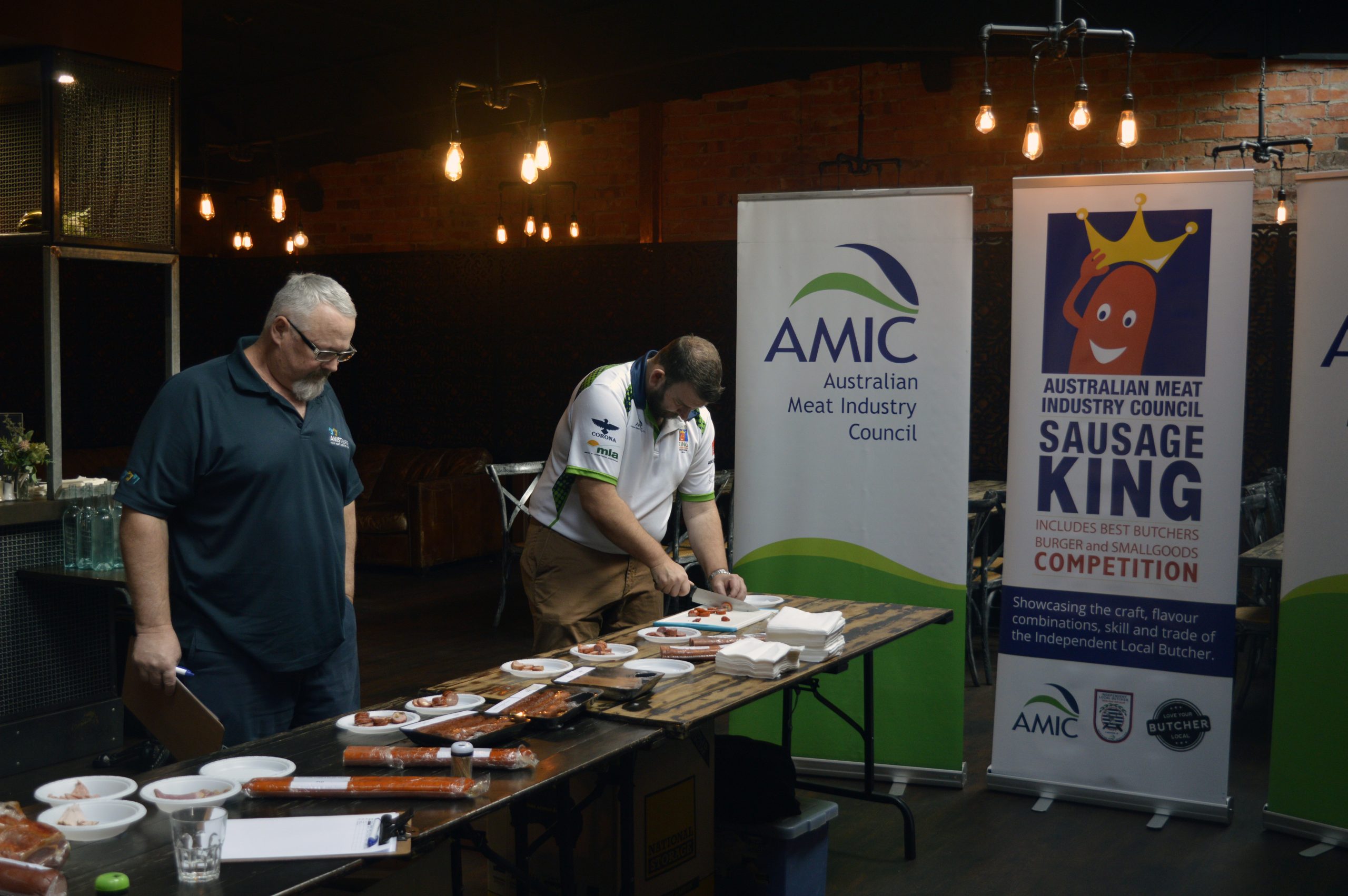 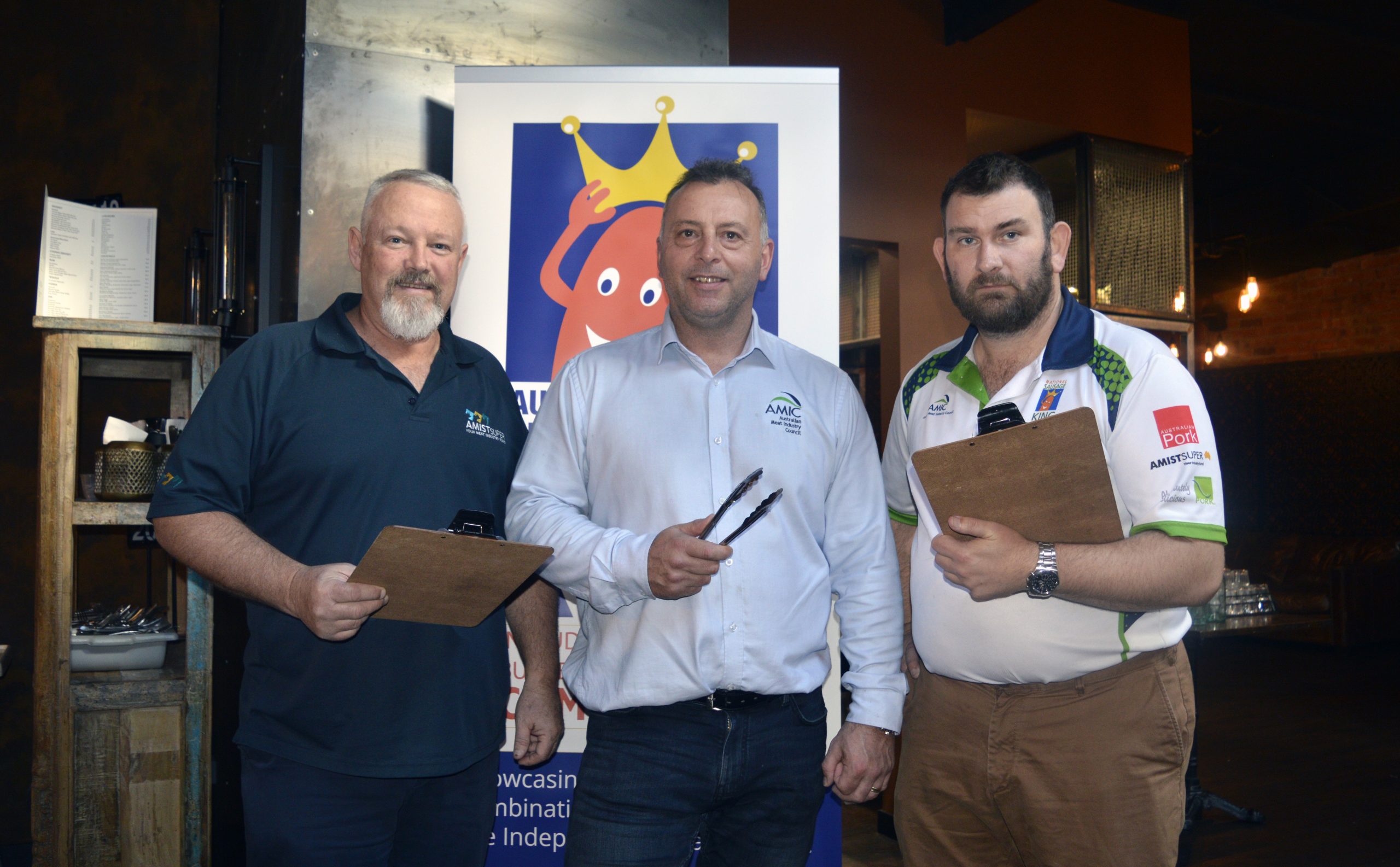 GIPPSLAND’S best butchers went head-to-head in Traralgon earlier this month, battling fierce competition to have a chance to be name Australia’s sausage king.

With 14 different categories and a farm’s worth of meat, adjudicators, which included myself were faced with the task of tasting and rating an amount of meat a carnivore would’ve been intimidated by.

Despite the complex flavours and crafting techniques displayed by the butchers, the competition requirements were simple, stay within the bounds of the category, be a product customers can purchase in-store and by golly taste good.

Each category was judged on several sections, sausages and burgers on how the product looked before and after cooking (an important detail as fat and water content could see a beautiful looking piece of meat be reduced to a shrivelled twig or explode on impact with heat), texture and for double points how they tasted.

For other meats like ham, kransky, kabana and RTE, which require additional finesse to construct, they were judged on colour, firmness/texture, if the meat appeared the same throughout, craftsmanship and of course taste.

I couldn’t believe my eyes at some of the unusual yet enticing sausage flavours entered in to the competition, the cheeseburger and chicken Parma sausages were definite standouts and although I don’t think I could eat another sausage for at least a few weeks, they remain fresh on my mind and tastebuds.

In the highly contested and prestigious gourmet sausage category, Morrison’s Meat Shop in Lakes Entrance took gold with their smokey pork with cheese and jalapeno sausage, a personal favourite of mine.

Even being a relatively keen meat-eater, the sheer amount of food presented to me was a lot to handle, taking meat sweats to a whole new level.

It may sound like heaven for most, and it did for me as well, but after the 40th piece of sausage and a combination of countless flavours I was left desperate for even a mention of fruit or veg.

By the end of the five or so hours of judging the competition, myself and other judges AMIST Super’s client services manager Glen Pearson and Australian Meat Industry Council’s (AMIC) Luke Marrow had easily gone through over ten jugs of water.

The insights on the day were second to none, not only revealing tricks of the trade like how precise you have to be to get the ideal water content in ham on the bone but also the intricacies of developing complex flavours and why people buy supermarket meat without thinking about quality.

Despite the fierce rivalry and competitiveness, the competition shines a light on the plight of the independent butcher who are the David to the major supermarket goliaths.

It is competitions such as Sausage King, which (AMIC) state manager Rod Faulkner believes are the key to the longevity of the butcher industry.

“What we’ve seen over the years is a real camaraderie between butchers trying to elevate their product to provide new innovative flavours and to really grow the industry as a whole,” Mr Faulkner said.

“The evolution of the industry is no different to others, everyone in the business is trying to hone their skills and get better at what they do and provide better products in the long-term.”

Having been a butcher for 25 years before joining AMIC, Mr Faulkner has seen the quality of the trade grow from experimental sausages that we would now turn our noses at to an exciting industry where butchers are competing against each other at national levels.

“The basic days of a pork and pineapple sausage might’ve been good at the time but in today’s standards doesn’t even rate a mention,” he said.

“Twenty-five years ago, a humble sausage was either beef, lamb, pork or chicken, now you’ve got all these gourmet varieties coming out that are really taking sausages to the next level and now it’s become a real competition amongst butchers to grow and develop new products.

“You’ve got guys out there doing a chilli and chocolate sausage, a beef, jalapeno and cheese sausage or a cheese and Vegemite sausage and just trying new products to see if they can add extra sales and grow the bottom line for their business.”

Full results from the day can be found at the AMIC website, amic.org.au