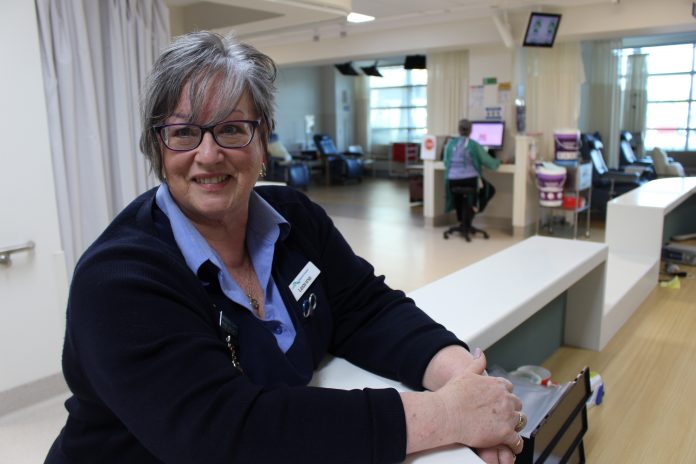 The issue of prostate cancer is timely as September is Prostate Cancer Awareness Month.

Prostate cancer is the most common cancer among men with 45 Australian men diagnosed each day.

Ms Prosser told The Express conversations around prostate cancer should be on the forefront of everyone’s mind because Gippsland men, particularly farmers, typically only get diagnosed at a point when the cancer has spread which significantly reduces chances of survival.

“We get a lot of farmers who don’t worry about their health as much as they do with their own animals and they’re more worried about their season with their farms,” she said.

“They put their own health aside and don’t look into it and treat it as if it’s an old guy thing and just think its ageing.”

Prostate cancer can also be extremely dangerous and go undetected as its early stages usually do not cause symptoms and only become apparent when the cancer had advanced beyond the prostate.

Symptoms of prostate cancer can include frequent urination, pain while urinating, blood in the urine or semen, a weak stream, pain in the back or pelvis, weak legs or feet, bone pain and unexplained weight loss and fatigue.

Ms Prosser said misconceptions about expecting symptoms and signs of prostate cancer means many men will often be presented with dire outcomes once they do decide they should get tested.

“A lot of people have died from saying I didn’t even have symptoms,” she said.

“Prostate cancer doesn’t always have symptoms so they can go unaware because it doesn’t cause urinary problems like everyone thinks it does and that’s why it escapes the prostate and it much more difficult to treat.

“We’ve had quite a few people come in recently who were complaining of bone pain and have been found to have prostate cancer all the way through.”

Misconceptions about the methods of testing for prostate cancer also often see men being reluctant to get tested.

“Everyone has this misconception that they are going to go in and get a finger test which really puts them off and they don’t need to, they just need to have the PSA done,” Ms Prosser said.

A prostate-specific antigen (PSA) test is a simple blood test which looks at the levels of the PSA protein in the blood, a common identifier of prostate cancer.

Ms Prosser is urging all men aged over 50 and men in their 40s with a family history of cancer to book in for a PSA test as a top priority as it may mean the difference between life and death.

“If you’re 40 and you’ve got a family history of prostate cancer, breast cancer or ovarian cancer in the family you need to start having PSAs done at the age of 40, if you don’t have any of that history the age of 50 is when they recommend you start having simple blood tests,” she said.

With many men experiencing anxiety and depression as a result of their cancer and 70 per cent of those diagnosed having an increased risk of suicide, Ms Prosser is urging family and friends to recommend their loved ones get tested for prostate cancer before the outcome becomes dire.

“With anybody who’s diagnosed with cancer of any sort, of course it’s going to affect them emotionally and to different degrees depending on what’s happened in their past, what other family members they’ve seen die from cancer,” she said.

“That and the impacts of COVID, they’ve found the suicide rates go up in men with prostate cancer.”