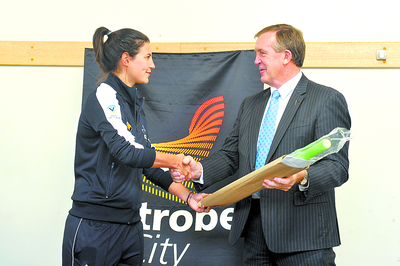 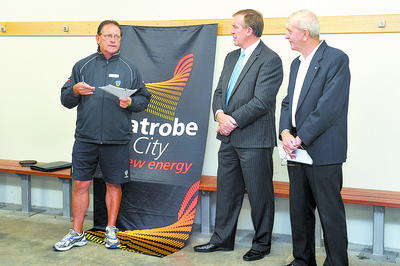 GIPPSLAND has secured $4000 in State Government funding in its bid to encourage female participation in sport and cricket.

Since 2003 the carnival has helped train more than 100 female cricket enthusiasts under the supervision of Gippsland Regional Cricket manager Rob Wood.

“It’s an affordable program for a lot of kids and all these girls involved in the carnival are not just playing a game, but have also developed administrative and leadership skills,” Wood said.

“The girls have developed some strong friendships and grown socially.”

Delahunty stressed on the need to encourage sporting groups in regional areas.

“I want to see more people involved in sports and encourage people, particularly women, to participate in sports.

“Thanks to events like these, junior female cricketers can improve their skills and their all-round knowledge of the game.”

Members of the Twenty20 Women’s National Cricket League champions VicSpirit were also present at the sporting complex as captain Emma Inglis encouraged girls to get more involved in the sport.

“It’s fantastic to see so many girls getting the opportunity to get out there, get active and get involved,” Inglis said.

“It’s a great opportunity to see the girls harness their talent and hopefully (the carnival) will keep growing year after year.”