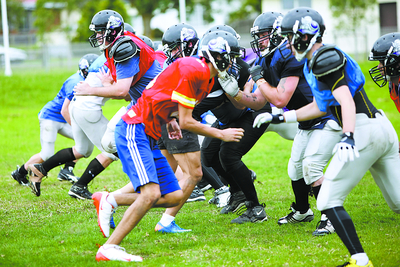 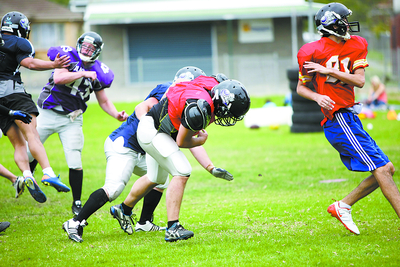 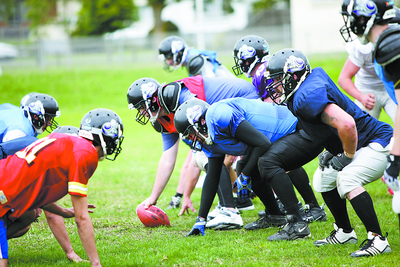 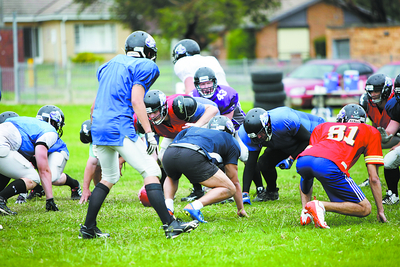 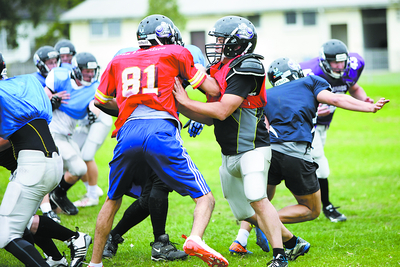 After a successful first season, the Gippsland Gladiators gridiron team is back in training for season 2012.

Defensive tackler Ben Fraser said the players were happy with their fitness and strategy planning at this stage of the year.

“We’re consistently getting 20 or so guys to training now.

The Gladiators formed last year after a touch football competition running out of Sale, folded.

According to Fraser, after that a few players were throwing around the idea of a gridiron team, and suddenly there were 45 men and two coaches on the training field.

“It just started from there and everyone was so enthusiastic we were able to have two coaches – a defensive and an attacking coach,” he said.

To some, gridiron looks slightly confusing, with tape measures coming out and players bunking down on the ball.

“It’s an easy game to start playing, but a hard game to master,” he said.

“The basics are quite simple – you have to stop the guy with the ball going forward.”

“The tackling and running with the ball is similar to rugby, but the Aussie rules players really adapt to the game well because of their ability to mark the ball under pressure.”

Last year, in their first season, the Gladiators made the grand final but were unable to capitalise on an early lead.

“Everyone played so well last year, and we got to the grand final,” he said.

“But it was our first season and this year we’re keen to go one better.”

Training sessions are held at the Peter Siddle Oval on Wednesday nights and Saturday mornings,.

The club has managed to secure the venue for the rest of the season.

Everyone is welcome to watch or have a go at training.