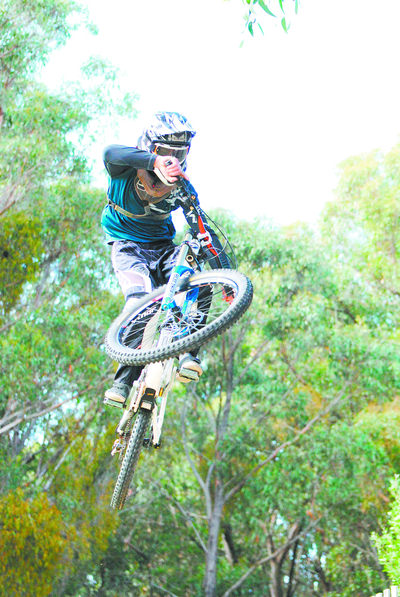 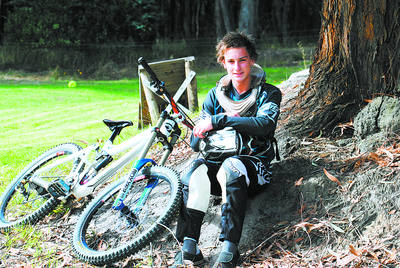 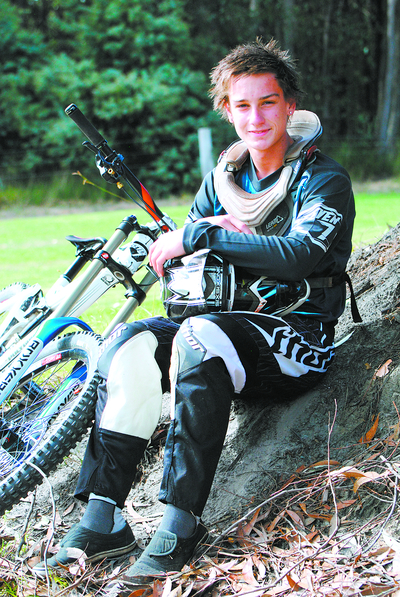 Last week Moe’s Liam Faltum cruised past the opposition to win the under 18 male expert mountain biking division of the Australasian Schools Cup.

While Liam, who also loves Australian rules football, has won state titles, he was excited about his national level success.

“It was my first time at this competition, and there were some pretty good riders there,” Liam said.

“The under 17 national champion was there, and some other good riders from interstate too.”

Three weeks before the cup, Liam won the expert men’s downhill title at the state championships at Narbethong, which he said prepared him well for the cup.

These achievements are even more extraordinary given Liam only started mountain biking in late 2010, after his interest in BMX started to wane.

“I used to do BMX, but I wasn’t really enjoying it anymore,” he said.

“I live near some bush areas, so I was just attracted to mountain biking.”

“Now I ride about every second day, just in the areas behind my house,” Liam said.

“I also have a trainer inside that I can put my bike on like a stationary bike.”

In his spare time, Liam said he was lucky to work at the Moe Bike Hub, which helps him learn more about bikes.

“Ben Bloomfield helped me a lot getting into the sport and I just started helping out at the shop when they needed me,” Liam said.

As the mountain biking season is over for the year, the year 11 Trafalgar High School student will concentrate on football; however he hopes to race in Indonesia later this year. “Some people who are involved in mountain biking in Indonesia asked if I’d like to come and do some races over there,” he said.

“Of course I’d love to, but I have to fit it in with school.”

In the future Liam would like to race professionally, but understood there were challenges involved in doing that.

“You have to put in a fair bit of training to race professionally, and you have to have the money to do it,” he said.