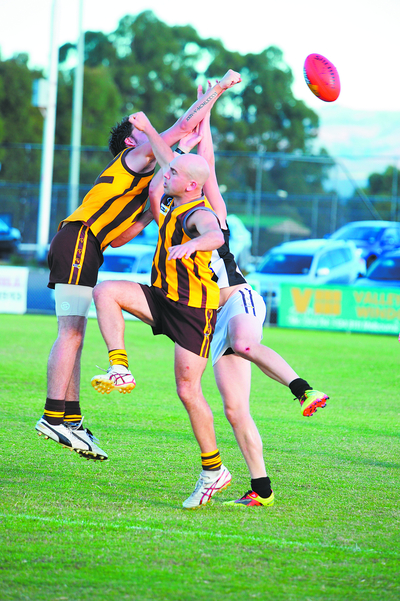 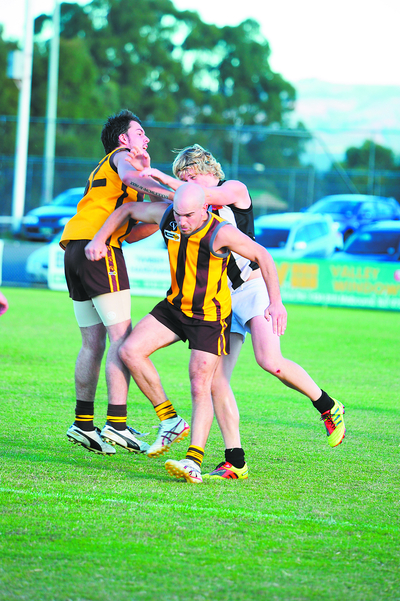 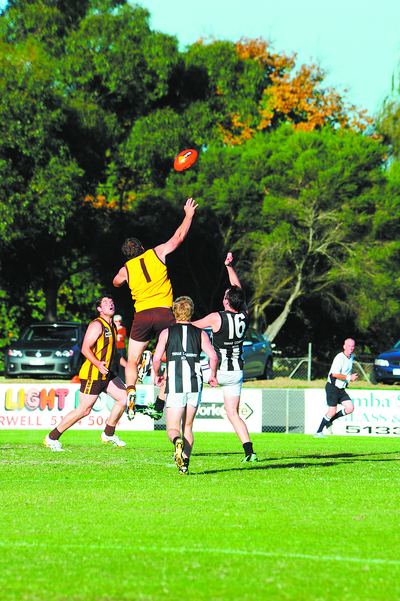 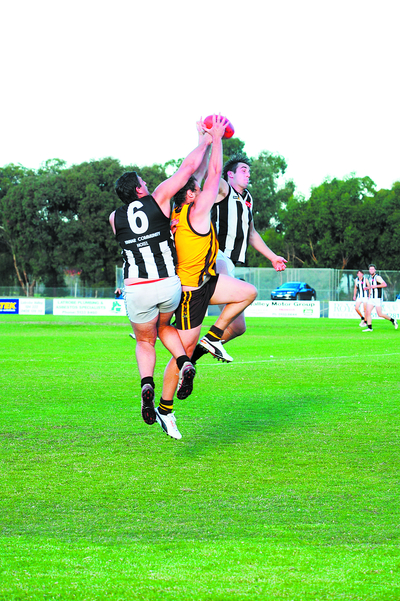 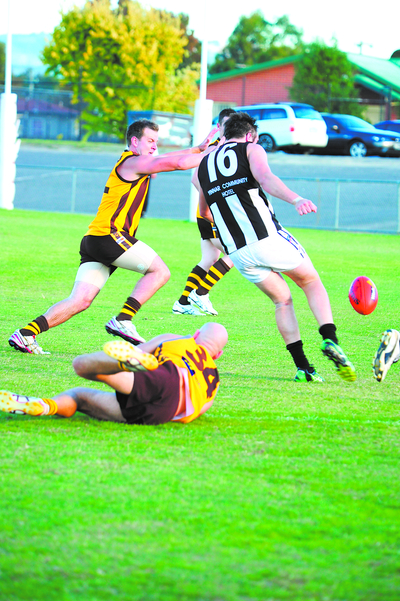 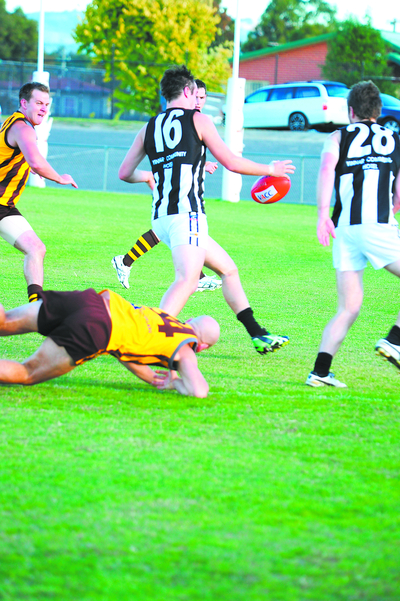 It was a good-looking start to the season for the Mid Gippsland Football League, with competitive and exciting matches played across the league.

Trafalgar and Boolarra battled it out at the Demon’s home ground in the 2011 grand final rematch, and the match was every bit the contest it promised to be.

Trafalgar’s inaccurate kicking meant Boolarra was in with a chance, but the Bloods were the better side on the day, Trafalgar 8.19 (67) defeated Boolarra 6.8 (44).

MGFL junior vice president and former Boolarra president Stan Kerrigan congratulated both sides for their efforts last year and wished them the best of luck for the coming season.

Play got underway and Trafalgar scored the first goal, but it was not long before Boolarra replied.

The Bloods only managed two goals in the first quarter despite having six more shots at goal.

Trafalgar’s inaccurate kicking continued into the second quarter, allowing the Demons to keep their hopes alive with two goals in less than five minutes towards the end of the quarter.

Boolarra found some form in the third quarter, with the inside 50’s being almost the same for both teams but the Demons were, at times, unable to convert these into goals.

Chris Kyriacou said although he was worried at times the Trafalgar boys would “kick themselves out of the game”, he was happy with his team’s performance because they worked hard and stuck to the game plan.

Both teams had key players out, but Demon’s coach Tony Giardina said it was not an excuse for the loss on Saturday.

“Our disposal was poor all day and we were second to the footy. We let them take control of the game,” he said.

The Hill End and Mirboo North game at Hill End was close all day, with the margin at each break never exceeding five points.

Hill End was one point in front at three-quarter time.

Mirboo North had seven shots at goal in the final quarter, but only managed to score one goal while Hill End scored two goals one to secure the win.

Newborough had an easy win over Thorpdale scoring 26.25 (181) to Thorpdale’s 3.2 (20), putting them in top spot with the largest percentage after round one.

The Bulldogs’ dominance rendered the Blues goal-less in the first and last quarters.

The Blues’ skill let them down, conceding many turnovers which Newborough took full advantage of.

With Yallourn Yallourn North just seven points in front at half time, Yarragon was in with a chance to beat the Bombers.

However, YYN dominated the play in the third quarter to extend its lead to 33 at the final break, with 12 scoring shots to Yarragon’s one goal.

It was a close match at Morwell East with the margin fluctuating all day.

Yinnar got off to a great start with a lead of two goals at quarter time, but by half time scores were 37-apiece.

The Magpies came out firing in the third quarter and kicked four goals to the Hawks one goal, three behinds.

While Morwell East had eight goal-kickers, Yinnar had just two.

Yarram player Joshua Swift was cleared for the day and was a standout player, scoring eight goals.