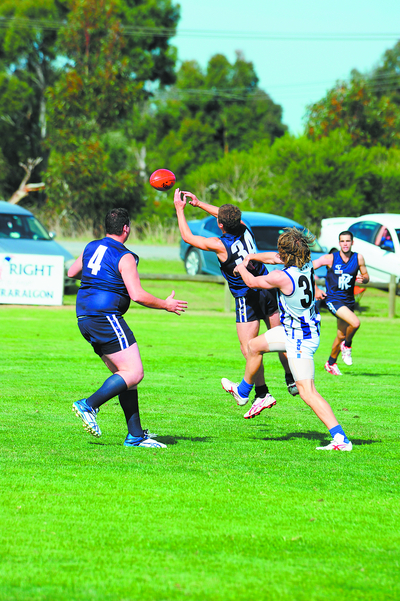 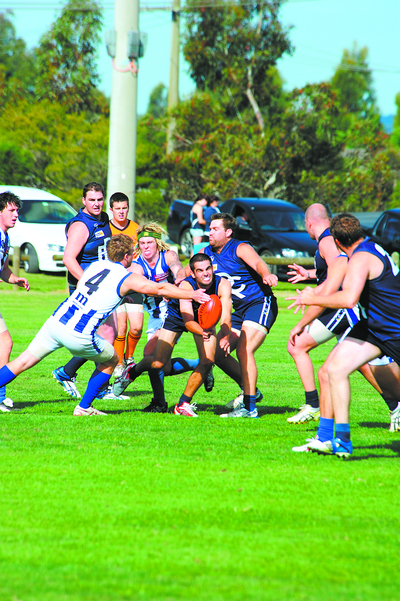 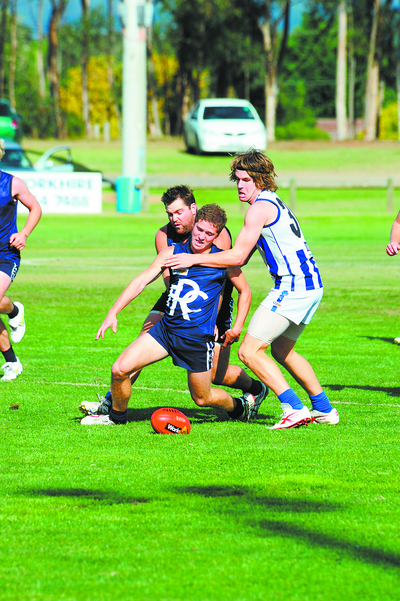 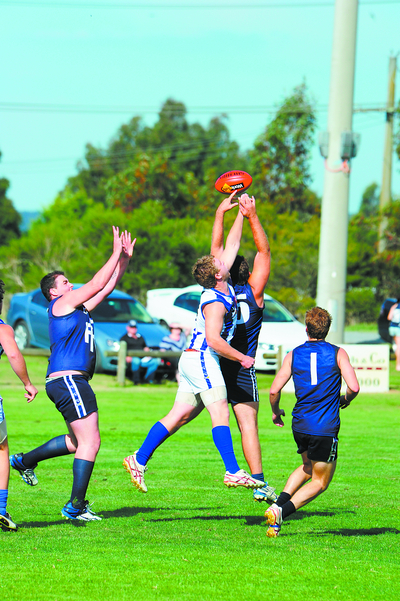 A host of missing premiership players did not stop Sale City’s new players from standing tall to kick-start its premiership defence, with a 52-point thrashing of Glengarry.

The home side dominated the midfield making its presence felt early, with Josh Tolner, Jake Schuback and Nick Hider providing drive through the centre of the ground.

Mitch Bennett ensured the Magpies felt the effects of poor decision making, with last season’s thirds captain stepping up in front of goal to put the Dogs on the board.

The visitors opened proceedings in the second term before Schuback displayed his flair – bouncing the ball back up to himself, he weaved through heavy traffic to swing around onto his left boot and slot through his team’s fifth.

Undisciplined play resulted in a 50-metre penalty, which gifted Tom Wilson his first from point-blank range.

Hitting the post, Schuback looked to make it three unanswered goals to the Dogs, with a further miss to Jacob Milham leaving the door ajar for the visitors ahead of the half time break 9.11 (65) 4.8 (32).

Glengarry threw down the challenge in the third term, bringing the margin back as King began to have an impact in the forward line.

However, three unanswered majors to the Dogs came along as their experienced campaigners stepped up their intensity.

In the match of the round, competition heavy weights Cowwarr and Churchill met in a blockbuster clash which saw the Saints hold on in a nail biting final term to claim the four points.

Very little separated the two sides throughout the contest; however, it was the Cougars five goal to three premiership term which had the visitors bring the margin back to under a kick at the final break.

Going goal for goal in a low scoring term, the Saints early lead proved advantageous as the Cougars outscored the home side, however fell short at the siren by five points.

Cowwarr’s Lee Cooper booted four goals in a best on ground performance while Churchill’s Dale Patterson was the leading forward with a bag on seven.

Woodside copped the full brunt of Traralgon Tyers United at its awesome best as the Bombers unleashed their new star forward recruit.

A first half Gormandale blowout has handed Boisdale/Briagolong the perfect start to its 2012 season.

Kicking four goals to nil in the opening term, the Bombers line-up came to life as they dominated play around the ground.

Taking a 42-point lead into the long break, the visitors continued the barrage in front of goals piling on seven majors for the second half to cruise home 58 point victors.

Michael White added an injection of pace, Danny Pratt was a headache for the Tigers defence, kicking seven majors, while Kyle Ashton and Matt Phelan were also solid contributors in a strong team effort.

The match was even during the first term with the Blues taking a three goal lead at the break.

The home side exploded out of the blocks in the second term, its solid quarter putting the Kangaroos 48 points behind at the main break.

Justin Emery was named best on ground for the home side, while Matthew Goodwin took the honour for the visitors.

McDermott was the pick of the goal kickers finishing the match with seven as he lit up the forward line with key forward Andrew Flanagan who booted a handy bag of six.