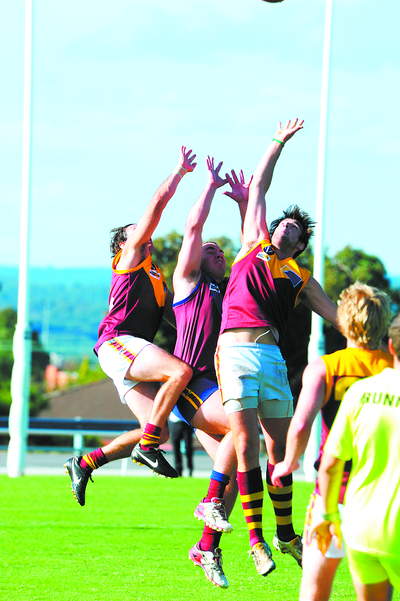 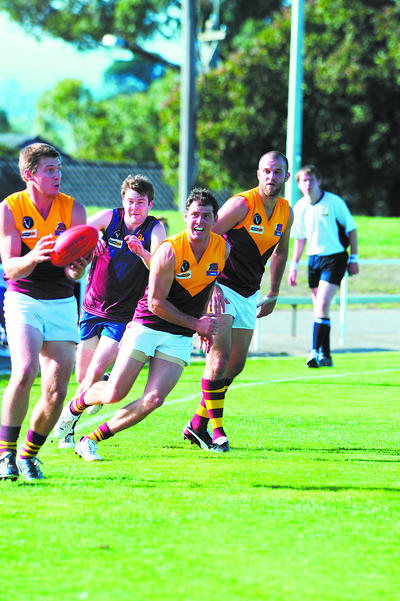 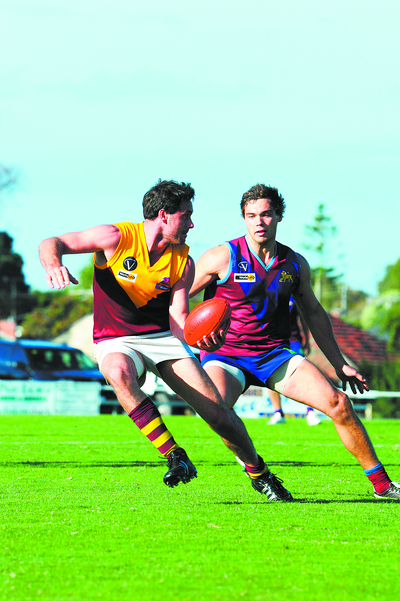 Last year’s premiers Traralgon started the new Gippsland League season with a 76-point win over Warragul – its first round one win in four years.

Josh Jennings was happy with his team’s effort and said the first half was a battle but the team settled in the second half to get the points.

Rosedale recruit Joe Caldwell was one of Traralgon’s best, kicking a goal in his first match while Jackson Hall covered a lot of territory in his usual style.

Moe showed a lot of promise in its first match under Jason McFarlane, leading Drouin at half time.

However, it ran out of legs in the second half but the coach was not disappointed by his team’s effort.

“We were a bit underdone and stuck to the game plan in the first term and it will come off eventually,” McFarlane said.

Moe missed several easy set shots in the first term and McFarlane reinforced his team had to take opportunities as they were presented.

Leading by a point at quarter time, the Lions kicked the first two goals of the second term through Tom Long and Aiden Vesty, Long’s goal being the goal of the day.

Drouin’s accuracy in the third term was off and its first six scoring shots were points before Daniel Seri stopped the goal drought with a major.

Moe appeared to stop running and the Hawks started to combine better and Matt Barrand booted their 18th on the final siren.

Maffra with a 15-goal first half showed it will challenge for the flag again with an 87-point win over Morwell.

Damien Kerr said the Tigers kicked the first three goals of the match and were looking good but from that point Maffra took over.

Kerr was full of praise for Maffra, and said the team were better than last season and they were all up and firing.

“It was not a great first up performance by Morwell but there is room for improvement,” Kerr said.

Jesse Bowe’s pre-season with Essendon seems to have paid off and he won most of the ruck duels.

The Bailey brothers from Thorpdale, Brandon and Boyd, did well in their first senior game with Brandon kicking three goals from a permanent forward pocket.

Tom Crosby was Morwell’s best but it was Maffra to take the credit with Adrian Burgiel returning after 12 months on the sidelines, kicking seven while the talented Jack Tatterson booted six.

Maffra showed the benefit of a great pre-season and Kelvin Porter, Winston Gieschen and 17 year-old Alex Carr were its best players.

On Saturday night Leongatha had a huge win under new coach Will Thursfield, beating arch rivals Wonthaggi by 56 points.

After an even first quarter, the Parrots slammed on seven goals in the second to have the game wrapped up by half time.

In a team that had nine new faces, Byron Dryden (Inverloch-Kongwak), Leigh Cummins (Traralgon) and Lee Warnet (Numurkah) were best for the Power.

On Sunday Sale thrashed Bairnsdale to the tune of 140 points with Matt Ferguson setting a club record against the Redlegs with 11 goals.

For the Redlegs the best were Nathan Mc Court, Andrew Rooney and Jason Waddell.