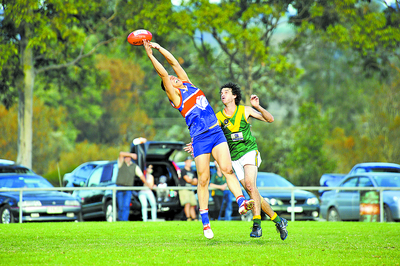 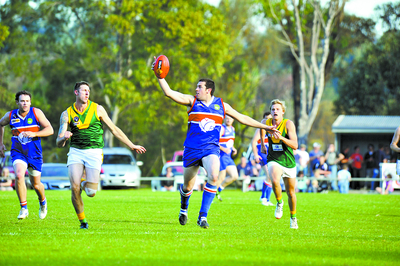 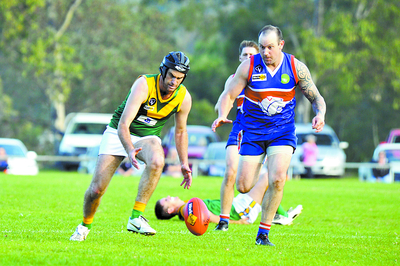 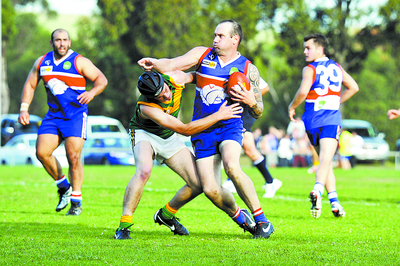 Yinnar got off to a great start and led by three goals heading into the first break.

Courtney Sherriff injured his knee in the first quarter and was off for the rest of the game, which was a big loss for Boolarra.

Consistent handling of the ball allowed the Magpies to stretch their lead to 24 points at half time.

Boolarra opened the third quarter with a goal, and out-scored Yinnar in this term.

After closing the gap to 15 points at the end of the third quarter, the Demons’ poor decision making continued and Yinnar took charge.

Demon’s coach Tony Giardina was disappointed and said they allowed Yinnar to dictate the terms of the game.

Magpies coach Sam McCulloch said one of the key differences between this win and last round’s loss to Morwell East was that last week they made several basic skill errors, which turned into goals for the opposition.

“But today our skills and our ball movement are definitely a lot better than it was last week,” McCulloch said.

“We moved the ball a lot better into our forwards, which gave them a better opportunity.”

McCulloch was happy with his team’s performance and said there were no areas in particular he thought were their strength.

“I think we’ve got a pretty good even spread across the ground,” he said.

“Certainly no superstars, but a bunch of 21 all together playing their part.”

Thorpdale look like it may have a long hard season ahead after suffering another thrashing – this time at the hands of Yallourn/ Yallourn North 26.23 (179) to 1.3 (9).

YYN was the bigger, stronger side and was able to find and kick to their teammates with ease.

Though the score was a staggering 112 to eight at three quarter time, Blues captain Ben Hotchkin maintained his side tried its best.

Mirboo North had a convincing win over Morwell East, 14.3. (87) to 4.11 (35). Morwell East was let down by its inaccurate kicking, something Mirboo North struggled with last week.

Morwell East coach Paul Henry said his players’ skill levels were not up to scratch and they did not apply their tackles hard enough, but added that Mirboo North definitely deserved the win.

Newborough’s win over Hill End shows not only the strength of the Newborough side, but in its opposition. Hill End’s accuracy helped it find a first quarter lead, scoring two goals to the Bulldog’s one goal and two behinds.

In the third quarter, Newborough’s inaccuracy meant that it was only able to convert four of 11 scoring shots, while Hill End’s three goals straight kept the team in with a chance.

The margin was just four points at three quarter time, but Newborough was able to kick away in the last quarter, scoring six goals to Hill End’s one goal.

The Bloods were too good for the Panthers’ young side and remain the holders of the Waterloo Cup.

Yarragon was held scoreless in the first quarter and Trafalgar consistently dominated the game.

Clebney was again the best player for Yarragon and Slater kicked five impressive goals for Trafalgar.