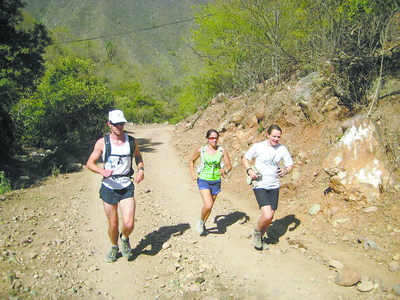 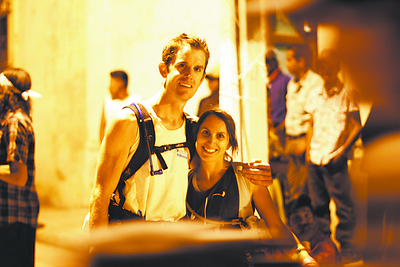 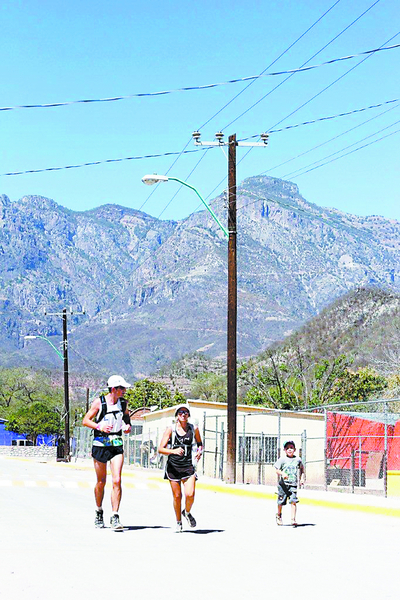 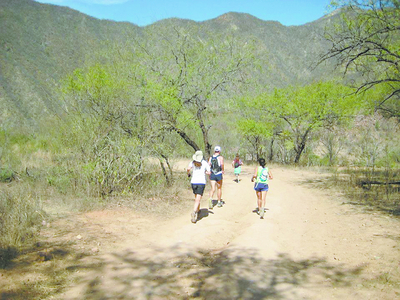 Anna and Duncan Orr will always hold the 2012 Copper Canyons ultra-marathon close to their hearts.

Not only was it their first ultra-marathon, but one of the people who inspired them to run it, Micah True, died a few weeks after the event.

“The whole experience was just incredible; it was like a festival and now it was the last race before Micah died, so it just makes it all the more special,” Anna said.

In late March, Anna and Duncan flew to Mexico to run in the Copper Canyons 80-kilometre ultra-marathon, after being inspired by Christopher McDougall’s book ‘Born to Run’.

True, a “gringo” who lived among the native Tarahumara people, was the organiser of the event and a central character in McDougall’s book.

The Express spoke to the Orrs before they left, when they had “no idea” what to expect, but wanted to embrace the experience wholeheartedly and looked forward to meeting True or ‘Caballo Blanco’ as he was known.

Five days before the race, True met the Orrs and other competitors at a train station in Los Mochis where they began a four-day hike to the remote town of Urique, where the race was to be held in 38-degree heat.

“Surprisingly we felt pretty good after the hike,” Duncan said.

“The first few days were a bit tiring but then we got into the rhythm of it and were ready to go on race day.”

According to the pair, the experience of the race was nothing like running in a big race in Australia.

“It was incredible to see the whole town come alive,” Anna said.

“Each day more and more people arrived, and in the end there were locals painting ‘restaurant’ on the side of their homes.”

Anna and Duncan said leading up to the race and even at the starting line, people were relaxed, “clapping and cheering” with a real sense that everyone was “in it together” because of the camaraderie established during the lead up.

Duncan said out of about 500 runners, 100 were attempting their first ultra-marathon and the runners were just “normal people, not super athletes”.

Even while they were running, the Orrs said they were chatting to people and even spotted others sleeping on the side of the road.

During the run, Duncan estimated he drank about 11 litres of water and ate small amounts of banana and frozen mango blocks.

“All along the run there were food stations serving local foods like beans and tortillas that I’d usually enjoy, but if I’d eaten that during the race I’d probably have thrown up,” he said.

They agreed the experience was “more than they could have imagined” and felt “honoured” to have competed in the last event organised by True.

To make it even more special, the Orrs finished together in a time of 12 hours and 32 minutes. According to Duncan, Anna “pulled up a lot better” after the race.

Anna now has her sights set on the North Face 100, a 100km run through the Blue Mountains.

“I won’t be joining her on that one,” Duncan said.