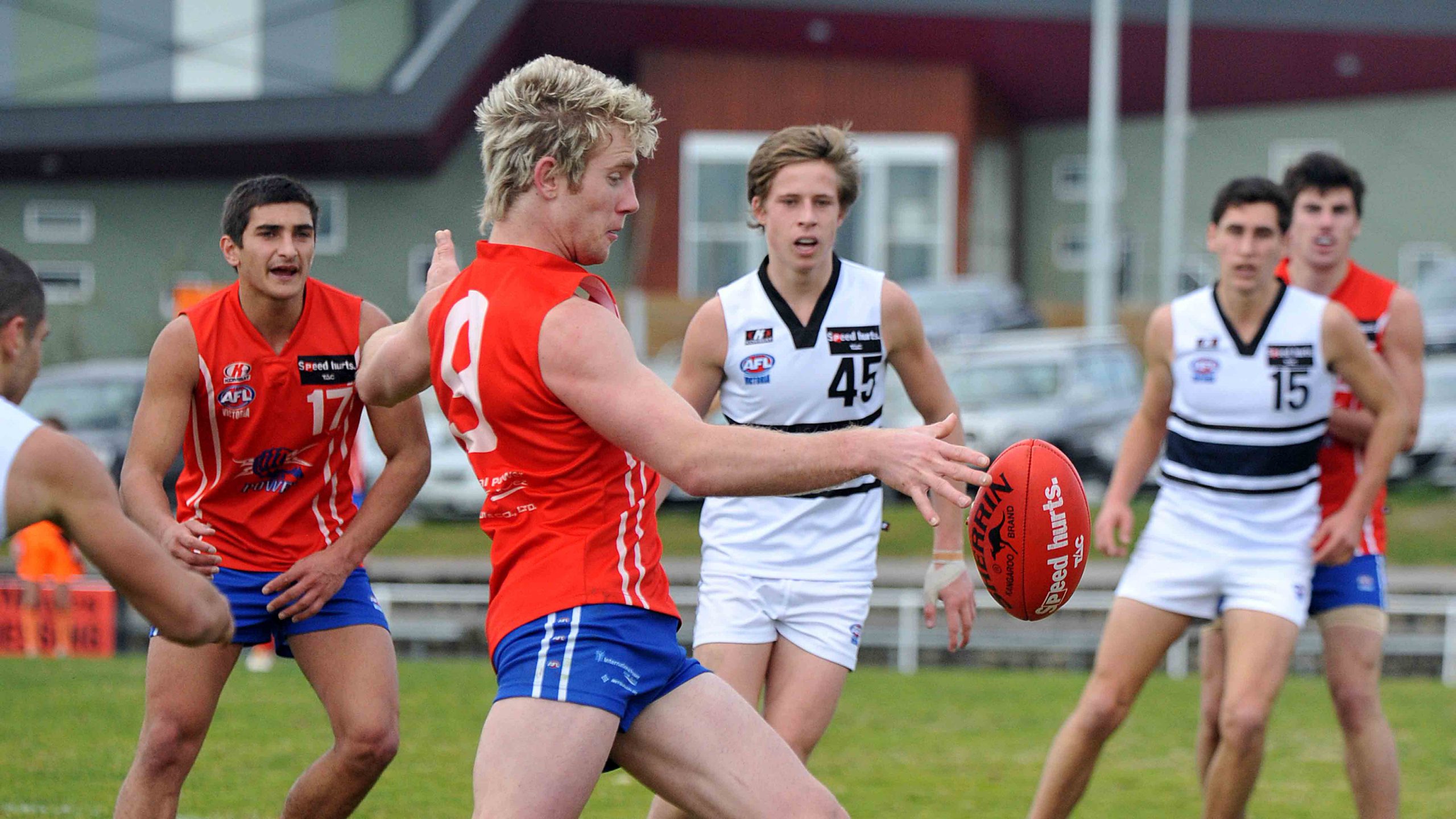 GIPPSLAND Power’s Nick Graham was recognised for more than his flashy pink boots and distinctive hair on Sunday night when he was awarded the 2012 Morrish medal for the TAC Cup’s best and fairest player.

The 18 year-old picked up two votes in the final round to sneak past North Ballarat Rebels’ Nick Rippon and claim the prestigious honour by a single vote.

“It was pretty unexpected, I was stoked just to get an invite to go down and see all the Victorian country boys and catch up with them,” Graham said.

“I honestly didn’t really think about it at all then I saw myself up there (on the leaderboard) and knew I had a few good (polling) games coming up and managed to take it out which was great.”

The Morrish medal adds to a big year for the Power midfielder, who has represented Victoria Country earlier in the year at the NAB AFL Under 18 Championships, and is one game away from a TAC Cup grand final.

Graham cited his improved work rate and defensive pressure as key to his success this season, and believed he was playing some of his best football in September.

“My form at the end of the year after nationals has been really good to be honest,” he said.

“After nationals I had a sit down with my coach Nick Stevens and just focused on the areas that I need to improve to help the team out and he has been awesome in my development as a player.”

Graham polled three best on grounds, and more importantly polled in three of the last four matches to win the medal in a season where he averaged 25 disposals a game.

He was also named in the TAC Cup Team of the Year alongside Power teammate Tim Membrey, and was equal third in the TAC Cup Coaches’ Award behind winner Jake Lloyd from North Ballarat Rebels.

The prodigious youth will put the euphoria of individual success behind him this week as the focus shifts toward his side’s preliminary final against Sandringham Dragons at Visy Park, Melbourne.

“We’ll get together and put everything that’s happened in the last week behind us and focus on the match,” he said.

“We don’t go a lot into the team that we’re playing we just focus on what we’re doing and if we get that right we believe we won’t be beaten.”