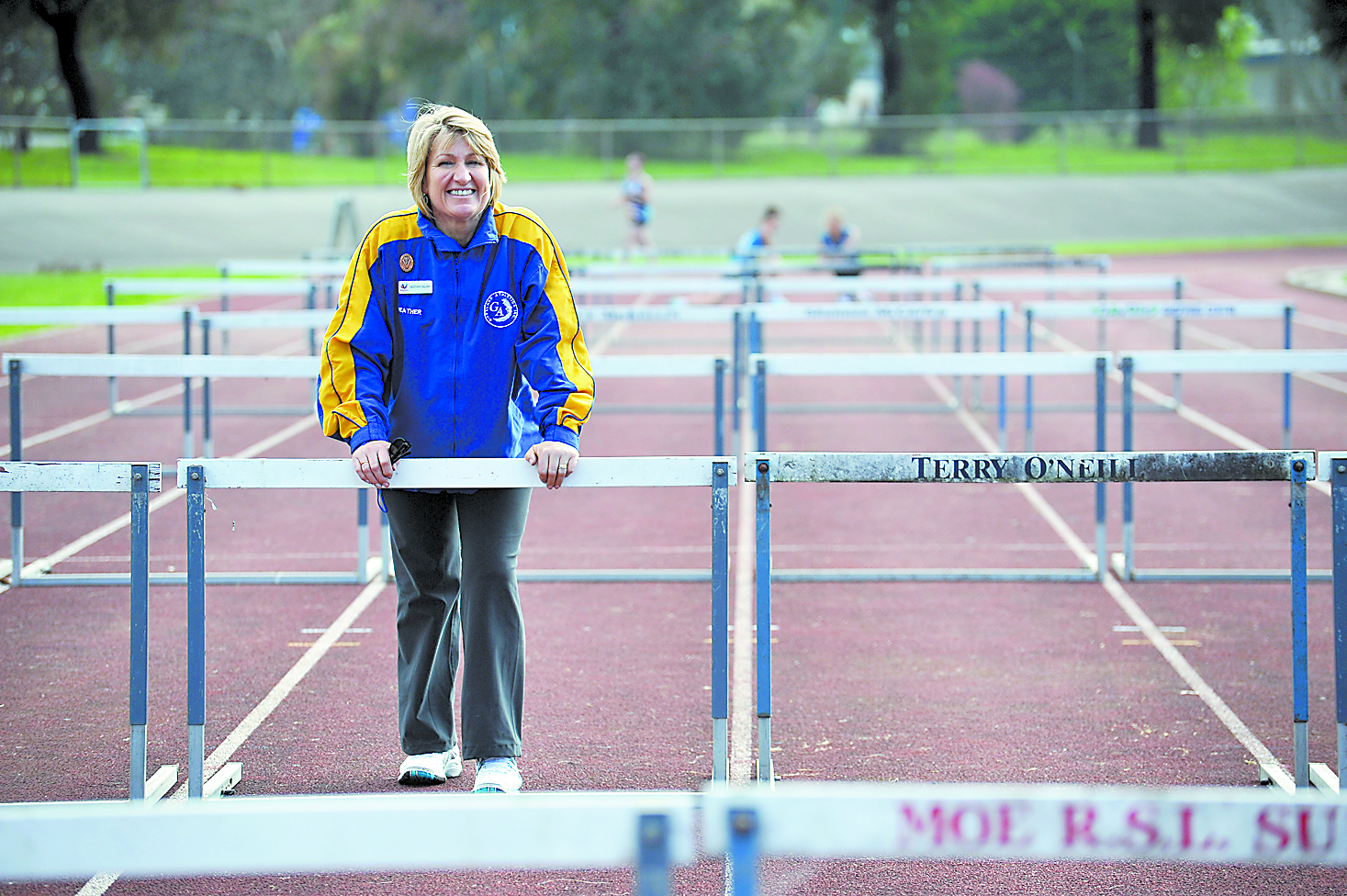 GIPPSLAND Athletics Club has set the membership bar higher for its 2012-13 season which will jump out of the blocks tomorrow night.

Riding on the popularity of athletics at the London Olympic games, the Newborough-based club hopes to build on its existing member base for its Tuesday night meets at the Joe Carmody Athletics track.

“Last year we got to 14 members and this year we’re really looking to increase that,” club president Heather Daldry said.

“We’re hoping to have a big push and the first two nights we’re encouraging people to come and try and there’s no need to register for those couple of weeks.

“We’d like to be able to offer lots of opportunities in all areas of athletics.”

Daldry said athletics provides a platform for a plethora of different athletes to perform and was an excellent off season option for football and netball players to stay active.

“It really complements a lot of other sports, it’s a good sport to keep your interest in training,” she said.

“It gives you something to keep you motivated and (offers) some competition over the summer to keep your fitness up ready for the winter and maybe incorporate it as part of your pre-season.”

Gippsland Athletics caters for ages 11 years and up and Daldry encouraged keen young athletes to consider a dual membership with their little athletics club to get a taste of senior competition.

“It’s really inexpensive to be a member of our club and a little athletics club; it means they can come along and have their competition on a Tuesday night and allows them to compete at the next level,” Daldry said.

“It opens up for them to then be able to compete at state and state country level (as part of Athletics Victoria).”

Athletes are separated by age and are able to choose the events they wish to compete and specialise in, rather than be required to contest everything on the night.

The country Victorian championships will be held in Geelong from 26 to 28 January.

The club will host three Vern Curnow Shield carnivals, where four Gippsland clubs come together, on 18 December, 8 and 15 January and will close the season with a pentathlon competition on 12 March.

Membership forms are available online at