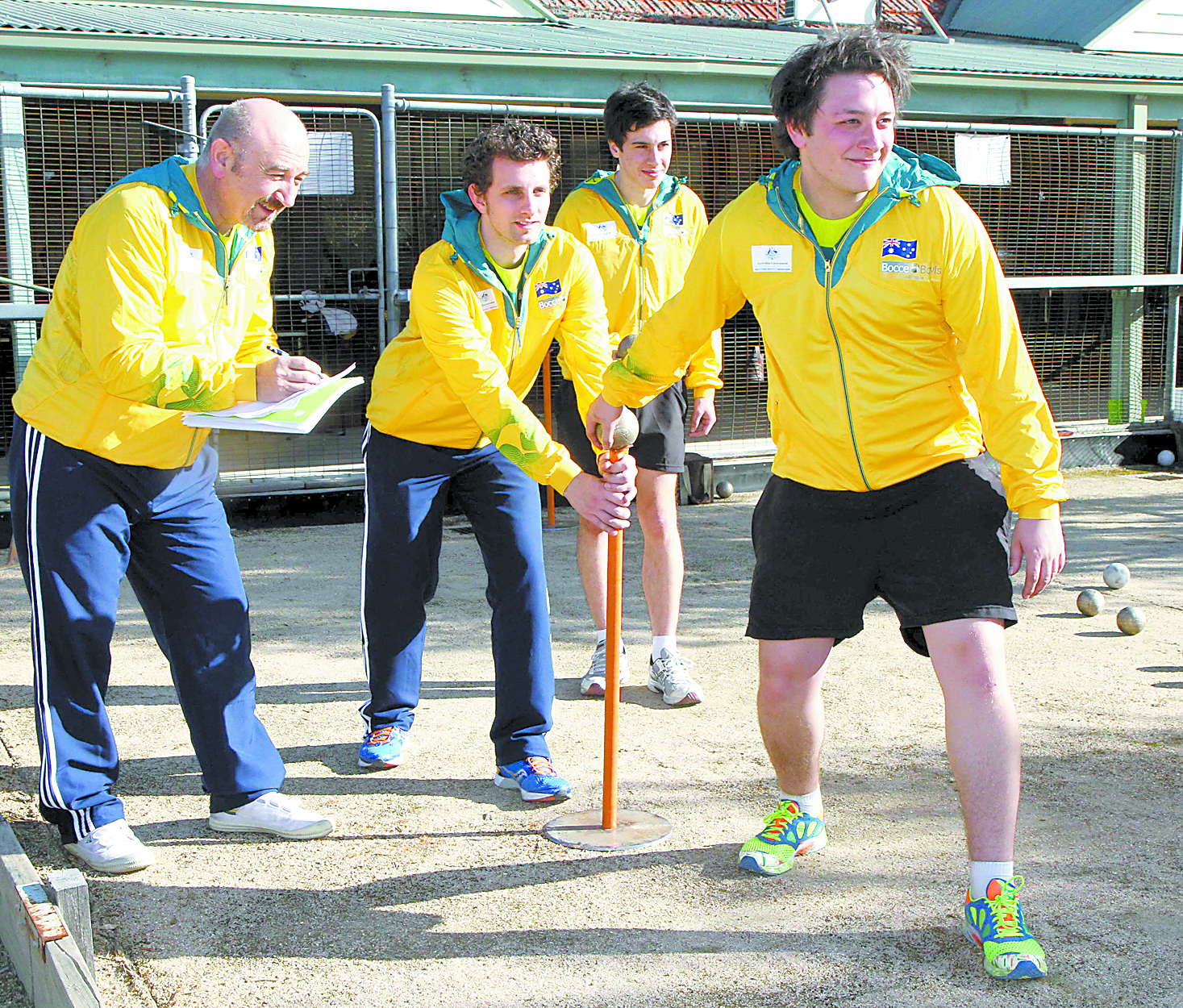 FOR casual participants, bocce may seem a sedate sport.

For Morwell’s Matthew Moffatt that could not be further from the truth.

The 21-year-old recently returned home from the bocce world junior championships, held from 18-22 September in Eybens, France, where Australia competed against 109 competitors from 23 nations.

In France, Moffatt competed in the under 23 progressive throw and the teams rapid relay throw with New South Wales’ Daniel Samsa, who also contested in the under 18 singles and bowls throw.

Moffatt was two points shy of the qualifying score in the precision throw at the championships, and the Aussie duo failed to progress past the first round of the doubles competition.

Moffatt, who was competing in his fourth world championship, said while Australia’s stature in bocce was akin to Afghanistan’s in cricket, the event was always a spectacular experience.

“Over there it’s a sport for them like our AFL,” he said.

“In France we had 4000 people watching us and you’d walk down the street and people would ask for your autograph.”

Competing against full time players who train seven days a week and earn $70,000 a year in the sport, Moffatt said he was disappointed not have emulated last year’s success, when he claimed a bronze medal.

“After this year I’m definitely going to try (harder); my goal next year is to get a medal,” he said.

“I’m really going to take it seriously from now until next September and see how I go.”

Moffatt said he was planning to work hard with fitness coach Fernando Solis and bocce coach and mentor Santo Pascuzzi to prepare for the 2013 event in Argentina.

The Aussie duo also took part in the Monaco Doubles Challenge Cup as a precursor to the world championships, where they lost their under 23 fixtures to Argentina and Italy.

The opening ceremony of the Monaco event is traditionally opened by Prince Albert, and the stadium overlooks the entire city.

“The bocce court was at the highest point of Monaco; it overlooked the Riviera the yachts, the casino, it’s the best view you’ll ever see.”

Moffatt was introduced to bocce by an Italian teacher at Sacred Heart Primary School, who took students to the Morwell Italian Australian club to play for a term. From there he continued on in the sport, and has since been at the forefront of Australian competition, winning the under 23 singles, bowl throw and progressive throw titles at this years’ national championships.

“It’s really cool if you get into it, especially when you’re overseas and all these people are cheering when you get the ball, it’s a lot to take in,” Moffatt said.

The bocce player will turn his attention to the 2013 March national championship, which will include competitors from Chile, China and Sweden.

“Hopefully it will bring up the sport a little bit,” Moffatt said. Moffatt advised anyone interested in learning the game to go to the Morwell Italian Australian club.