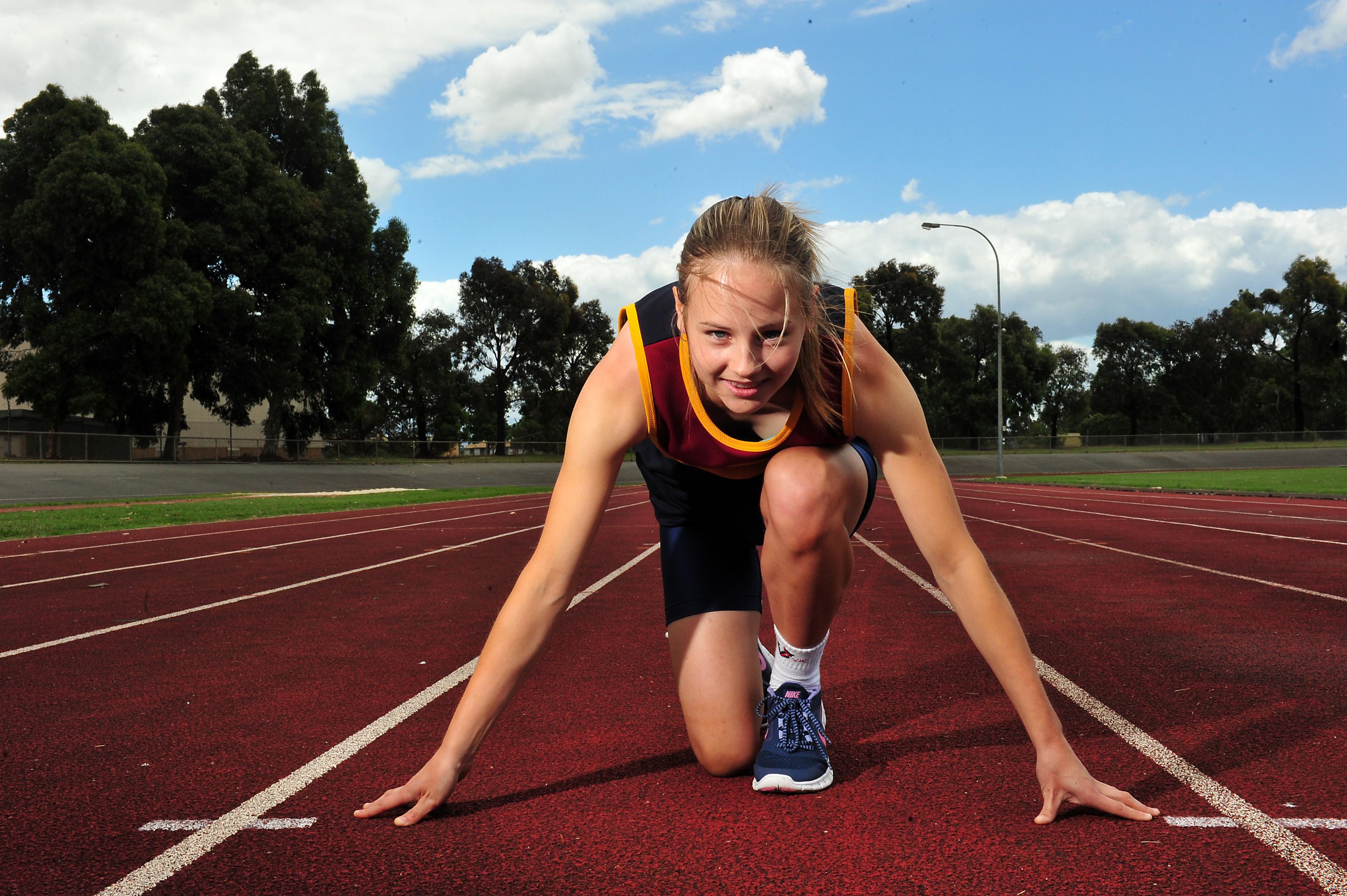 YALLOURN North’s Georgia Pearson has come a long way since cowering at the sound of the starter’s gun at the age of six.

The 14 year-old recently broke a 20 year-old 1500 metre record twice in a matter of weeks at Moe Little Athletics Club, and is still picking up speed in the middle distance events.

The St Pauls Warragul student clocked six minutes and 33 seconds to obliterate the previous 1500m record by seven seconds, and now has the 800m mark in her sights.

Originally a sprint specialist, Georgia has taken to longer distances with aplomb of late after refining her technique with renowned running coach Dennis Huffer.

“We’ve noticed a massive improvement with most aspects of running especially technique-wise because mine was horrible until I actually got a coach to show me the proper way to run and start and approach different races, long distance and sprints,” Georgia said.

Georgia said the 1500m, an event she has only just begun to explore competitively, was a difficult race not only physically, but strategically.

“I have been (approaching the race differently) this season, last year it was more for fun,” she said.

“I figured after I broke this record maybe I could go faster (so) I’ve started taking it more seriously as such.

“I pace myself well but you always have to make sure you save a bit for the end for the people who creep up on you; some people are known for just sprinting the last 200m and they’ll get you at the end at it’s really annoying.”

The effervescent teen recently tackled the Victorian All Schools championships at Lakeside Stadium in Melbourne, her first foray into high level competition.

While she was not able to progress through the heats of the 100m or 200m sprints, Georgia’s spirit was far from dampened.

“I didn’t get a personal best but just going for the experience and next year being able to have a good crack at getting a placing will be good.”

Georgia will now focus on the Victorian Country Championships in Geelong, to be held over the Australia day weekend, where she will contest the 100m, 200m, 400m and relay events.

Georgia has been competing in athletics for four years, but, according to her father Lee Pearson, her drive has always been evident.

“Ever since she was a little girl, Georgia had expressed a desire to be an Olympian one day,” he said.

“That passion hasn’t gone away.”