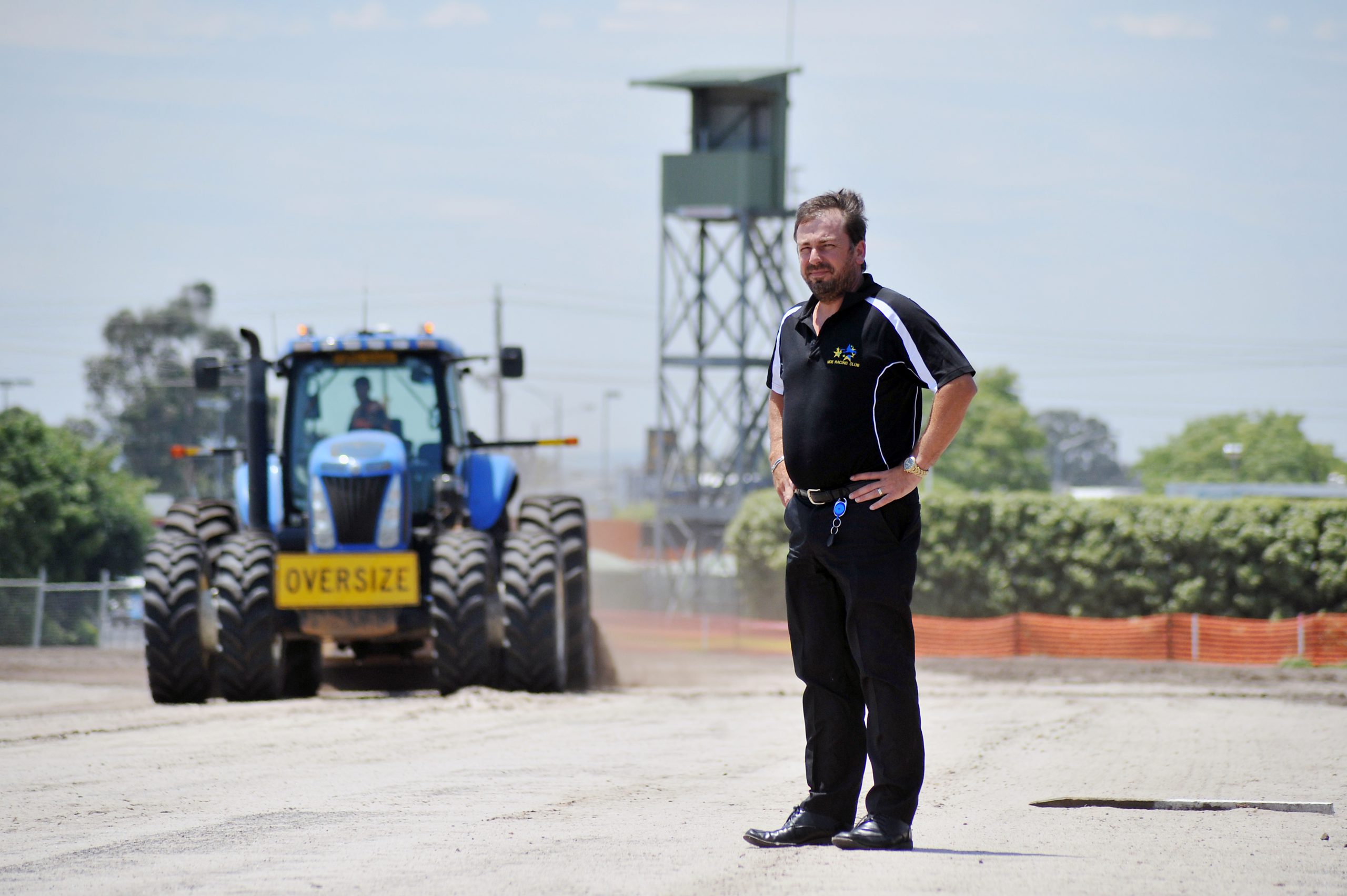 A DUSTY wasteland has replaced the lush turf at Moe Racecourse, but the grass is sure to be greener on the other side of the track’s redevelopment.

StrathAyr Turf Systems recommenced work on the club’s $4.5 million track redevelopment project this month after breaking for Christmas, as the course moves closer to becoming an all weather racing wonderland.

If all goes to plan, as it has to date, the refurbished track should be ready for trials in November and one race meeting before the return of the marquee Moe Cup in December.

Moe Racing Club chief executive David McKinnon said he was far from perturbed by the sight of his beloved track’s temporary desolation, and was looking forward to the future of the facility free from anxiety about losing meetings due to weather.

“I see it the other way… it’s more exciting that their work is underway and the more you see the grass gone and those sorts of things happening the more you are closer to the finish line,” he said.

“It is an outdoor sport and with earthquakes and floods in the past few years you’re never confident about anything, but the reality is that we’ll be the industry leader in terms of country tracks.

“We’ll be very happy with our place in the industry and what we can offer the industry going forward (after completion).”

StrathAyr has already removed the top of the track and is currently finishing off excavation and inserting the initial drainage facilities.

From there, the surface will have its levels refilled and reshaped to promote proper cross pull to the inside of the track and shore up its alignment, before workers embark on a tedious layering process and creation of a subsoil drainage system.

“The key thing is to get the grass down before winter which they’re well on the way towards doing and get that root growth going down into the new surface and that’s the exciting thing for racing,” McKinnon said.

StrathAyr general manager Joe McCullagh said once work was complete, Moe’s problems of the past would be long forgotten.

“No matter how much rain they get they won’t lose any race meetings,” he said.

“It will be a huge difference from the point of view that the track will make the horses a lot more balanced and the big thing will be that it will be all weather.”

Moe Racing Club outlaid $3.04 million for the project last year, in conjunction with $1.2 million from the State Government and $260,000 from Racing Victoria, with funding sourced primarily from the club’s gaming facilities in Moe and Bairnsdale.

The redevelopment came after about 20 race meetings were moved from the venue since 2010 due to poor weather.